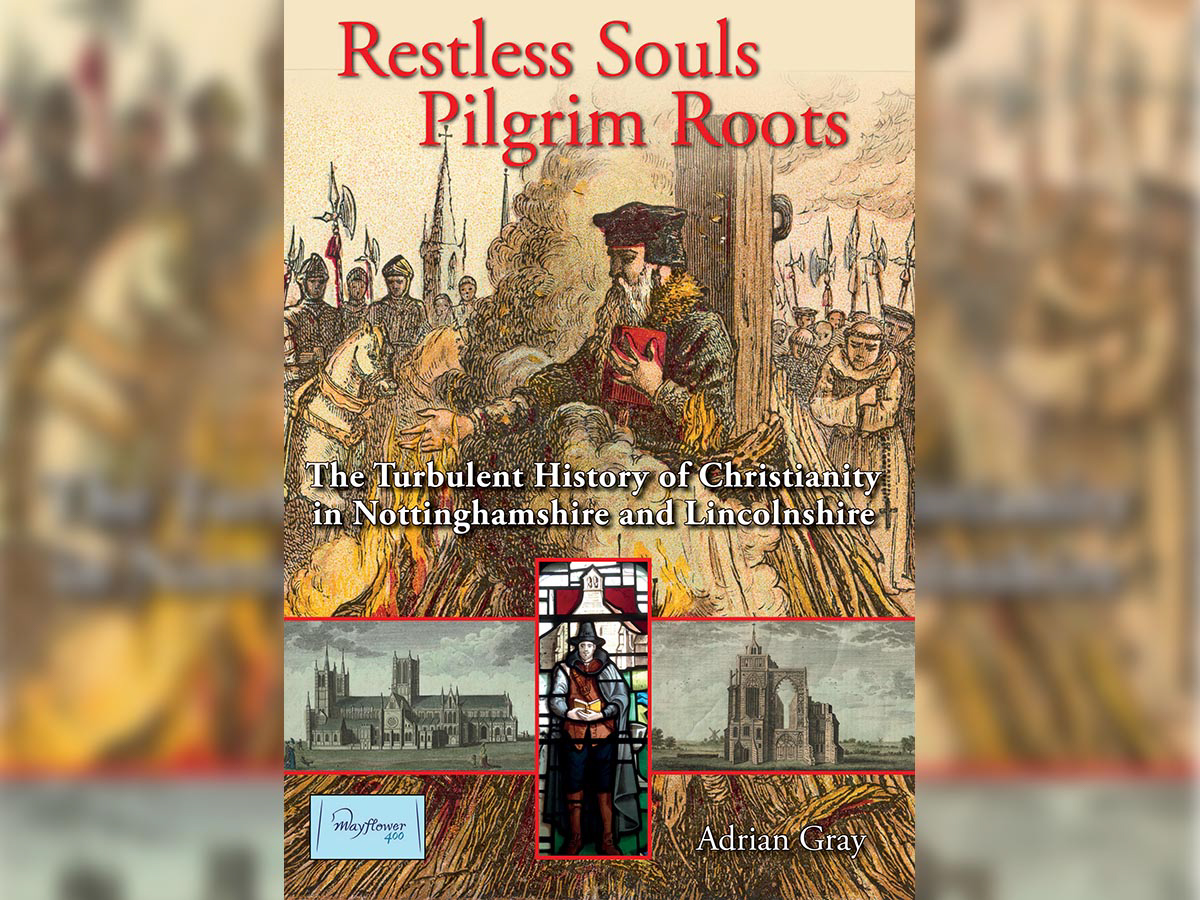 An epic history of the people who laid the foundations of the Christian faith in a Viking-ravaged land, then rebelled against what they saw as corruption of their Faith and Church has been published in a book by local author Adrian Gray. ‘Restless Souls, Pilgrim Roots’ covers the two counties of Nottinghamshire and Lincolnshire, showing how their peoples interconnected and spread ideas.

Running from the early 7th century until 1660, Adrian Gray places great and intriguing figures in the context of their times and in an unfolding story of spiritual change, rebellion and sometimes death. Figures such as Saint Hugh of Lincoln, Thomas Cranmer. the architect of the Church of England, George Fox from Mansfield who formed the Quakers, the Mayflower Pilgrims and the first leaders of the Baptist Church are included. A range of characters stretching from Guthlac, whose supernatural experiences in the Fens became the first English biography, to Elizabeth Hooton, the Nottinghamshire Quaker who travelled the world and escaped death many times are also there.

The story also has its fair share of ‘villains’ including corrupt and venal bishops, despotic leaders who sent those who disagreed with them to the stake or the gallows, on both sides of the Atlantic, and one of Elizabethan England’s most sinister torturers.

Adrian Gray has an MA in History from Cambridge University and is the author of over 20 books. He is well-known as the historical adviser to Pilgrims and Prophets Christian Heritage Tours and Bassetlaw Christian Heritage, which promote interest in the Christian heritage of the two counties.