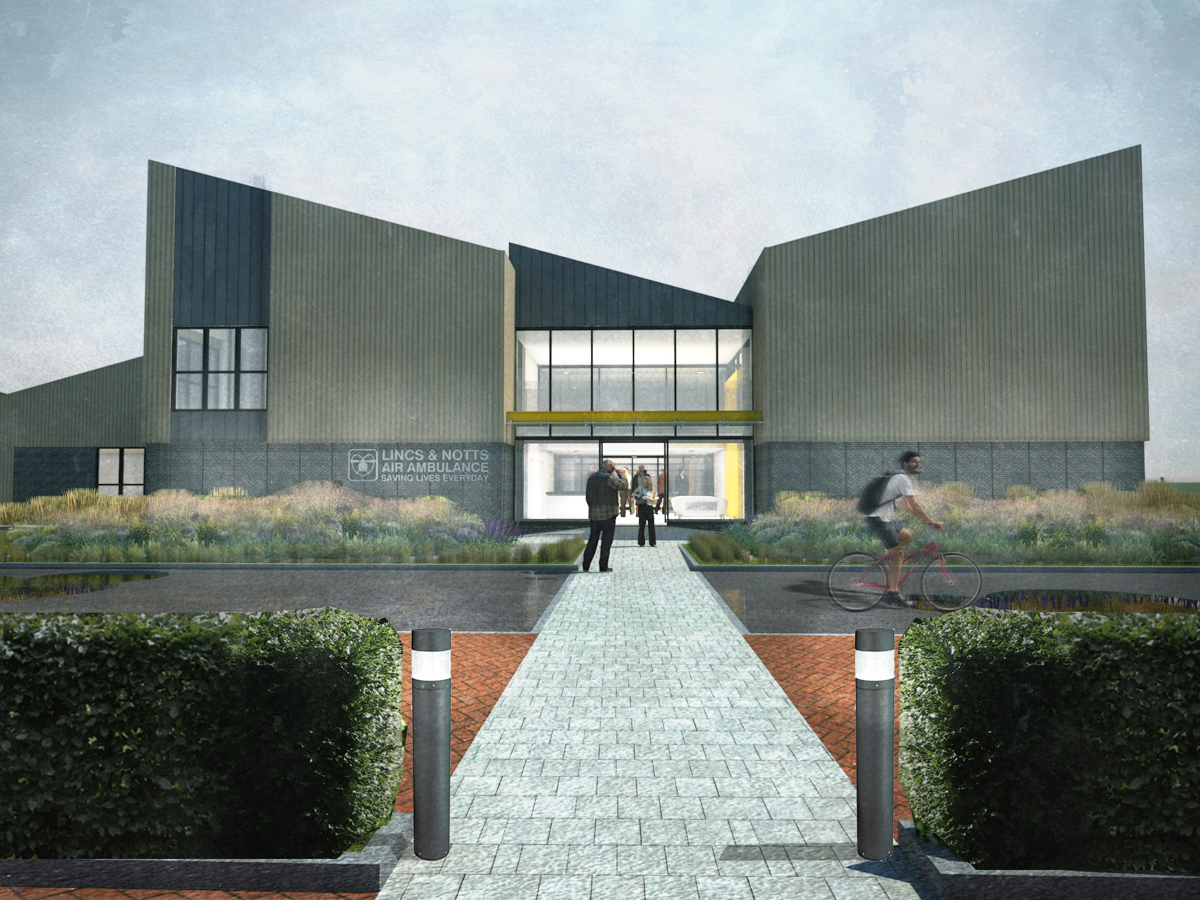 A brand-new headquarters for the Lincs and Notts Air Ambulance (LNAA) has been granted planning permission by North Kesteven District Council. The charity’s new future-proof home will be based adjacent to RAF Waddington on the A15 Sleaford Road.

The new headquarters will see charity staff, crew and helicopter all based under one roof; the facility will include a helicopter take-off and landing pad for both day and night operations as the charity moves to full 24/7 coverage early next year.

With the charity’s operations and offices currently based on separate sites, the move will allow for closer working between staff and crew, whilst providing a facility for visitors, former patients, volunteers and benefactors to visit the charity and support their fundraising efforts. The air ambulance helicopter currently operates from RAF Waddington, whilst the charity has offices at Bracebridge Heath in Lincoln and Colwick in Nottingham.

The brand-new headquarters and airbase will have its own purpose-built hangar with space to enable on-site engineering, along with housing for the charity’s Critical Care Car with direct access onto the road network for faster response time. Enhanced crew training facilities will also be available at the new base, which will help clinicians to develop their skills further and prepare for the incidents they respond to.

To support the funding of their new home, the charity recently received an award of £1.82million from the Department of Health and Social Care. The Lincs and Notts Air Ambulance was successful in its application for funding when £10million was set aside by Chancellor Phillip Hammond to help support UK air ambulance charities with capital projects.

Construction of the new HQ will begin early next year and is due for completion in the winter of 2020. To keep up to date with the latest developments of this project, visit www.ambucopter.org.uk.