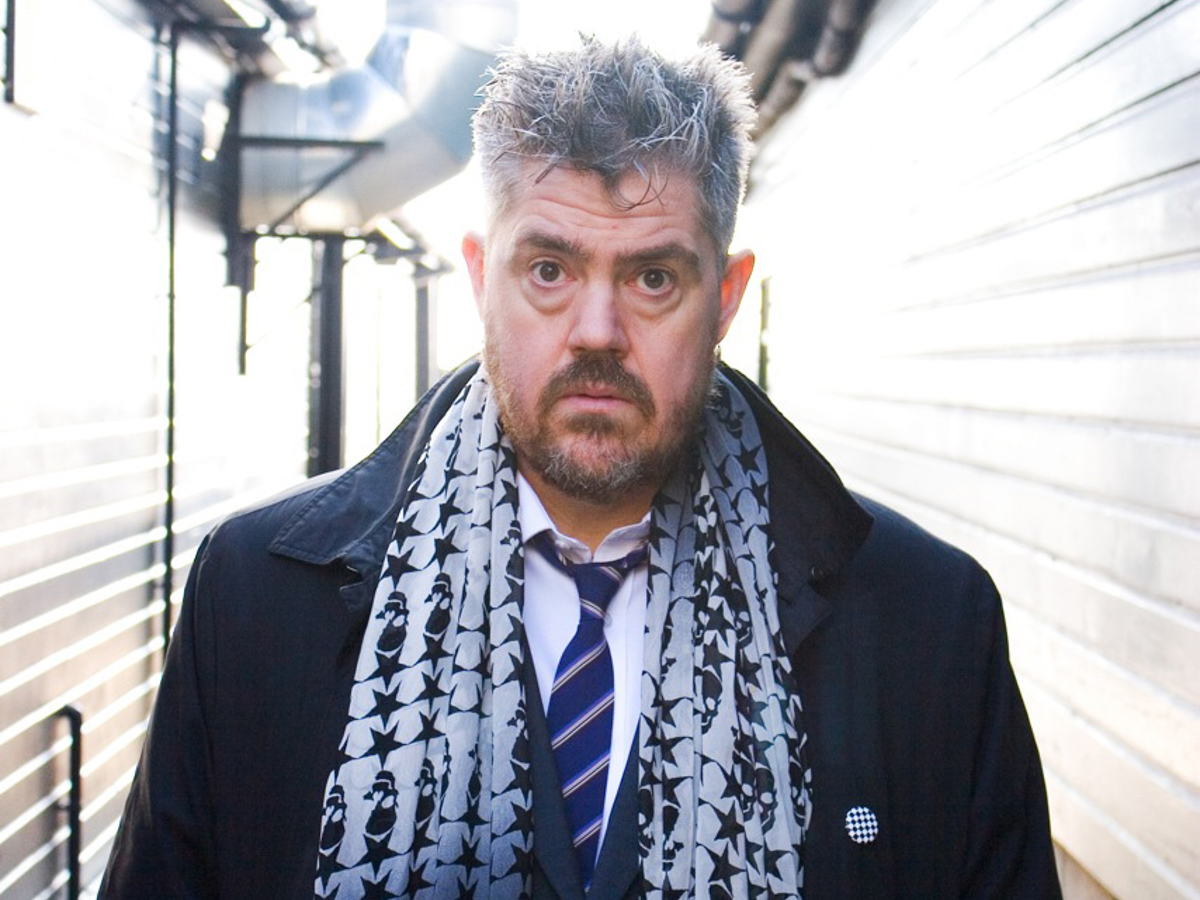 Is there anything Phill Jupitus hasn’t done? A DJ on BBC 6 Music, team captain on Never Mind The Buzzcocks, poet who supported Billy Bragg in the 1980s, TV and film actor, improv player, and musical star of Hairspray and Chitty Chitty Bang Bang, he’s now returning to the live arena for a new stand-up tour in which he gets to be two people.

“I have a lot of material to choose from for this tour,” says Phill about his pun-loving stand-up, poetry and music show, Juplicity. “The thing that really works for me is that I support myself as Porky The Poet, so he goes out and does 40 minutes to start the evening. Because of Buzzcocks and other jobs I was given, I let Porky and the poetry slide but after about a decade I came back to it and wrote new poems, often just chucking stuff out on Facebook for mates to read. Combined with the old poems, and factoring in chit-chat between them, I had about an hour of material.”

With Porky’s poetry supporting the straight stand-up, he’s also got a proven track record of live music behind him from his time with the all-star Idiot Bastard Band. “The songs for this tour are now solid; all that comes from the time I was in the band with Neil Innes and Ade Edmondson. Because I’ve spent time away from touring stand-up, you get better at doing it by building the source material. For the autumn tour I’ll do two hours a night: 40 minutes poetry, quarter of an hour of songs, and the rest is stand-up.”

In terms of the stand-up element, Juplicity will draw on his own life, one that Phill describes merrily as both ‘chaotic’ and ‘flaky’. “Sean Lock has a phrase, which was both inspiring and worrying, about comedians mining our own personalities for material and then in your head negotiating how much you keep back. Initially there was some resistance to me discussing things on stage about my family. One of my daughters, Molly, married her American girlfriend and emigrated there, so what you get is a starting point: gay marriage is a trope that’s very much in vogue at the minute and dovetails with what’s happening in the world with Trump and so on. As a comedian you are a person in a society within the world; all you have to do is look at things and shift your camera angle. All comedians can do is put a wider lens on a situation so that it resonates with people.”

When Phill started off on his path in entertainment, he probably never thought he’d find himself on a stage, in lots of make-up, belting out a show tune. But that’s one of the paths he’s landed on, with large-scale touring productions such as Chitty Chitty Bang Bang, Spamalot and Hairspray now nestling on his CV.

It’s hard to know exactly what’s down the next road for the ever-adaptable Mr Jupitus, but for now he’s enjoying the cut, thrust and edge-of-the-seat jeopardy that only live comedy can truly provide. Phill is bringing his show Juplicity to Barnsley Civic Theatre on Saturday 7th April.