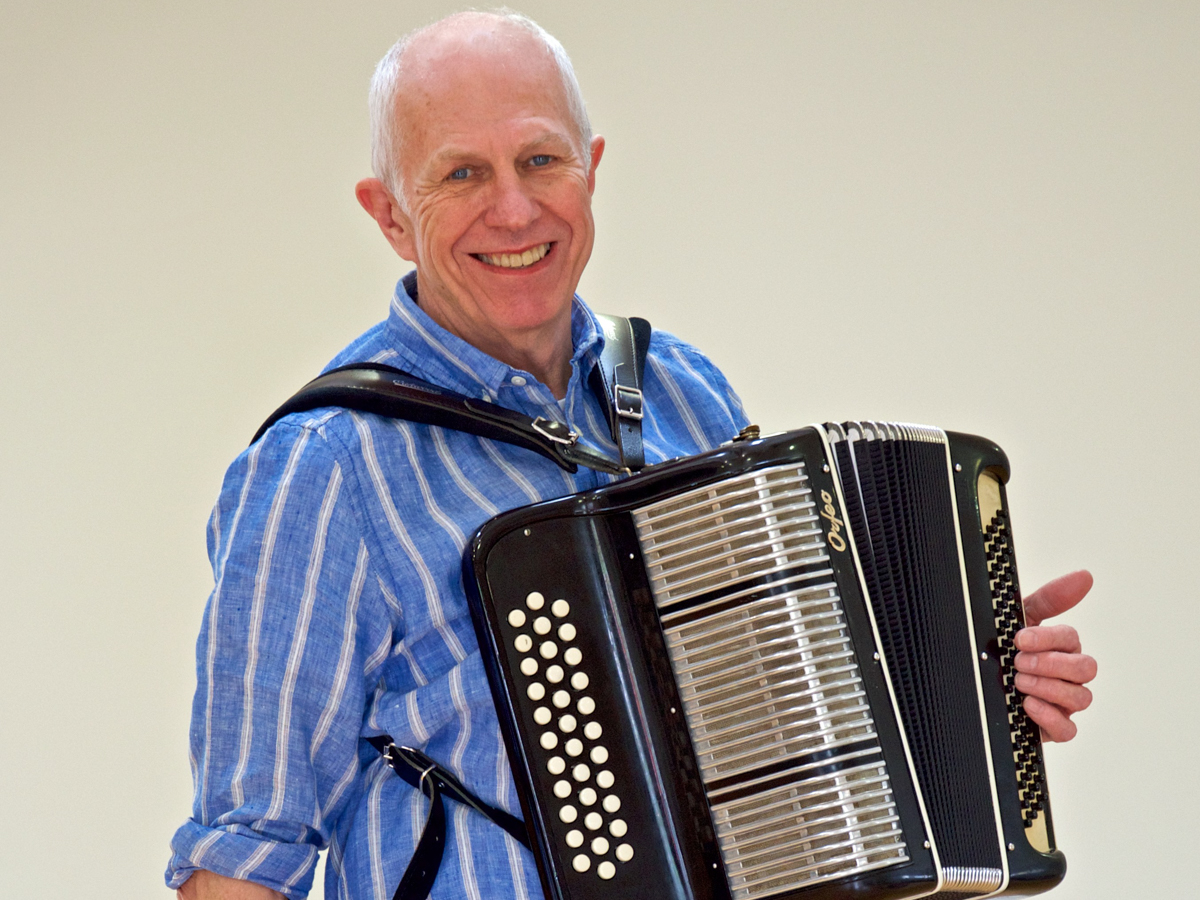 Singer, dancer and instrumentalist, John Kirkpatrick has been one of the most prominent figures on the English folk scene for many years and he will appear at Headon Village Hall on Saturday 14th April. He has performed and recorded both as a soloist and as a member of duos, acoustic groups and bands, presenting a repertoire of music, songs and dances all firmly rooted in traditional English practise.

His musical roots come from family gatherings and church choirs, etc, playing the recorder until he started Morris Dancing, where he took up the melodeon and accordion, getting hooked on the traditional songs that were accompanied with a post-dancing pint!

He presents a not-to-be-missed evening of stories, tunes and songs of a way of life long passed. Tickets and more information is available from Dave Burton on jimsdad7@btinternet.com or 01777 248085.