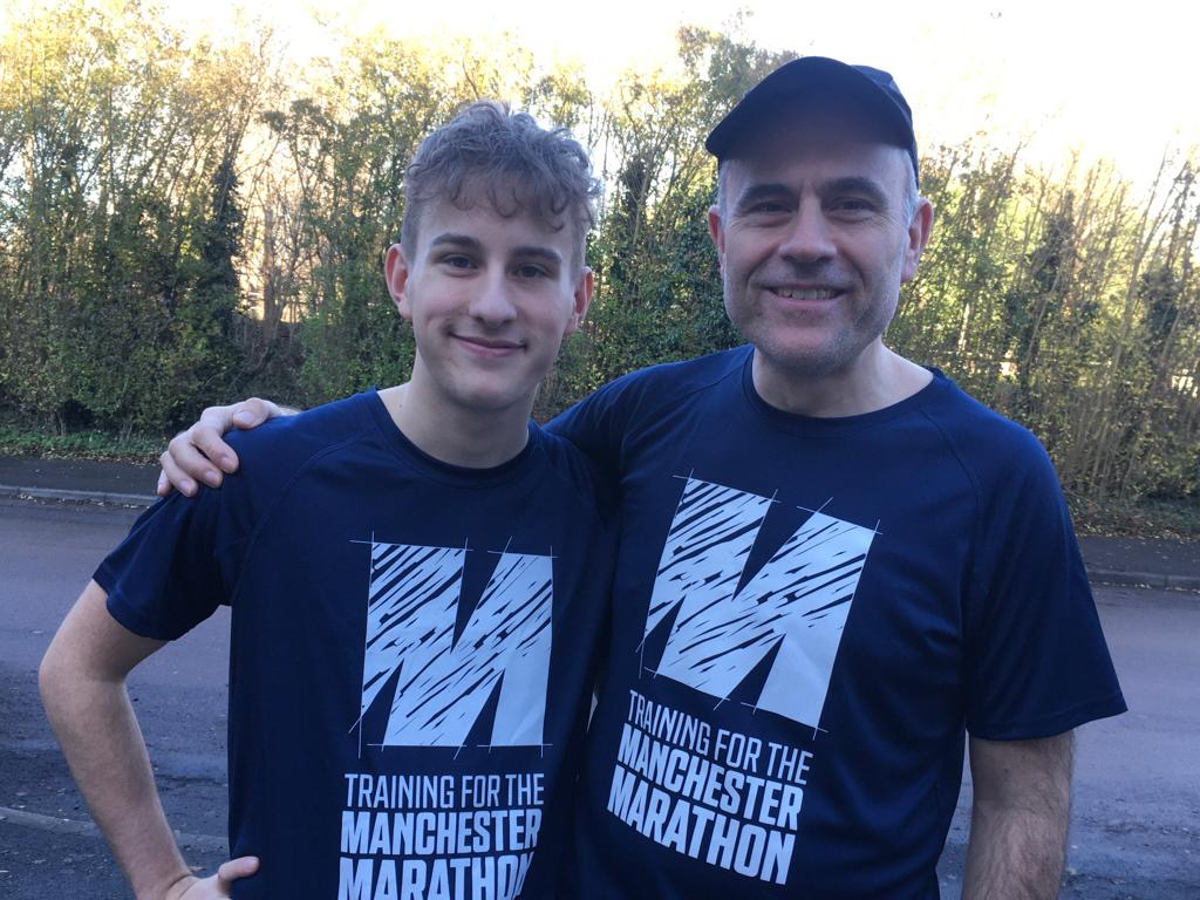 Retford father and son, Jim and George Carley, will be joining 26,000 other people on 5th April to run the Manchester Marathon in aid of Prostate Cancer UK. You may have seen in the news recently that prostate cancer is now the most commonly diagnosed cancer in England, overtaking breast cancer for the first time. In 2018 there were nearly 50,000 registered cases, around 8,000 more than in 2017, and around 12,000 men die annually from the disease in the UK.
George and Jim have chosen this charity as family relative, Eddie Perrins, was diagnosed with prostate cancer in 2018. As this is also the first time (and probably the last time) George and Jim will run a marathon together as father and son, it also seemed apt to support a charity for men.

So, what are their expectations? Well, Jim already has three London Marathons under his belt (‘93, ‘95 and ‘16), all sub four hours — a record he hopes to maintain. He’d never really planned on doing another, but the novelty of running a marathon with his son was too tempting to pass up! This will be George’s first full marathon but, at only 18, he will have already chalked up four half marathons ahead of this. He is also much fitter than his dad, and a safe bet to finish first (he’s aiming for sub three hour 30).

George and Jim hope that you may please be able to support their fundraising effort and sponsor them. They have already raised over £1,000. Any amount would please be very welcome. You can access their JustGiving page at www.justgiving.com/fundraising/jim-and-george-run-manchester.