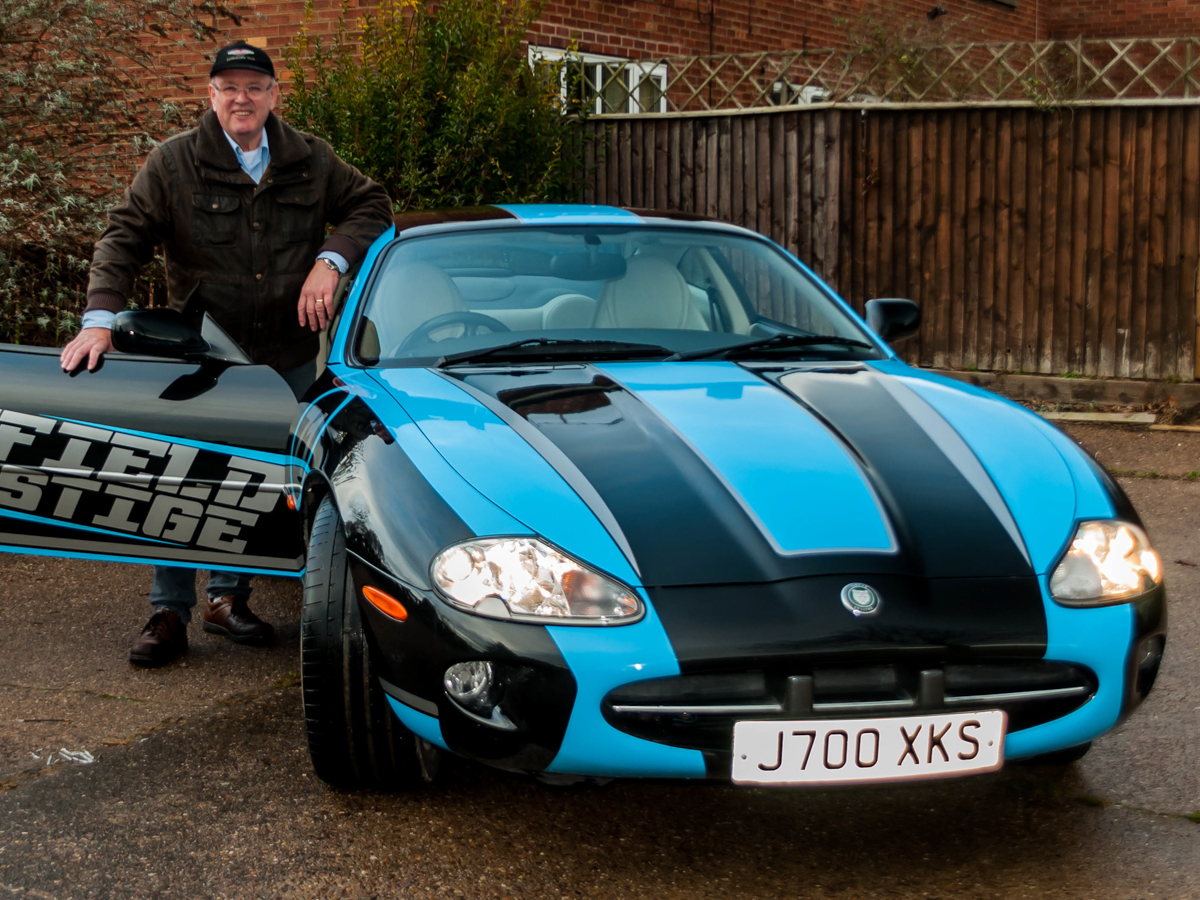 Have you always fancied getting behind the wheel of a jaguar? Local businessman Stuart Dixon is offering people the opportunity to do just that, while raising money for Bluebell Wood Children’s Hospice at the same time.
Stuart, from Retford, has six Jaguar XKs in his private collection, ranging from 285 BHP to 542 BHP, five are which are liveried in racing colours.

He drives them around the country to county shows, country fairs and Jaguar and classic car shows, as well as attending restaurant and garage ‘open days’. At the shows, people donate to sit in the cars and at some shows ride in them. New drivers donate £50.00 to Bluebell Wood Children’s Hospice for the first drive and every penny donated goes to the charity.

“We take nothing out for expenses,” Stuart said. “I arrange accommodation if it is required and fuel and insurance. We have a gazebo at the shows, cooking eggs, bacon and sausage butties and have a real fun time. Entrance to the shows is free for two people per car.

“I started showing cars for pleasure five years ago, my son suggested raising money for charity at the same time and he also thought of Bluebell Wood Children’s Hospice.

“My interest in Jaguars started around 50 years ago with cars like the E Type and MK 10. I love Jaguars for the finish, the leather, the power and the smooth ride, also the world leading use of all aluminium.

“Will I buy any more? Only if I get sponsorship.” His current sponsors are Sheffield Prestige and In The Detail.
2017 was the first year Stuart ran the initiative, raising £4,884 for Bluebell Wood. In 2018 he would like to double that figure, and he has £1,660 already.

His sixth car was delivered in January and is wrapped in Bluebell Wood colours with ‘Raising Money for Bluebell Wood’ written on the front and back of the car.

“I have also suggested to the Hospice that, with the parents’ permission, we could include on the car the name of every child that has been cared for at Bluebell Wood”.

Separate to this, Stuart also holds a monthly Whist Drive in Rampton Village for 10 different charities, one of which is Bluebell Wood, and is committed to giving back to the community.

If you are interested in being a driver, please email Stuart at sherwoodjaguarracing@gmail.com. He would also like to hear from any company who would like their name and logo on the cars, which have appeared in two international magazines, with another in the pipeline.