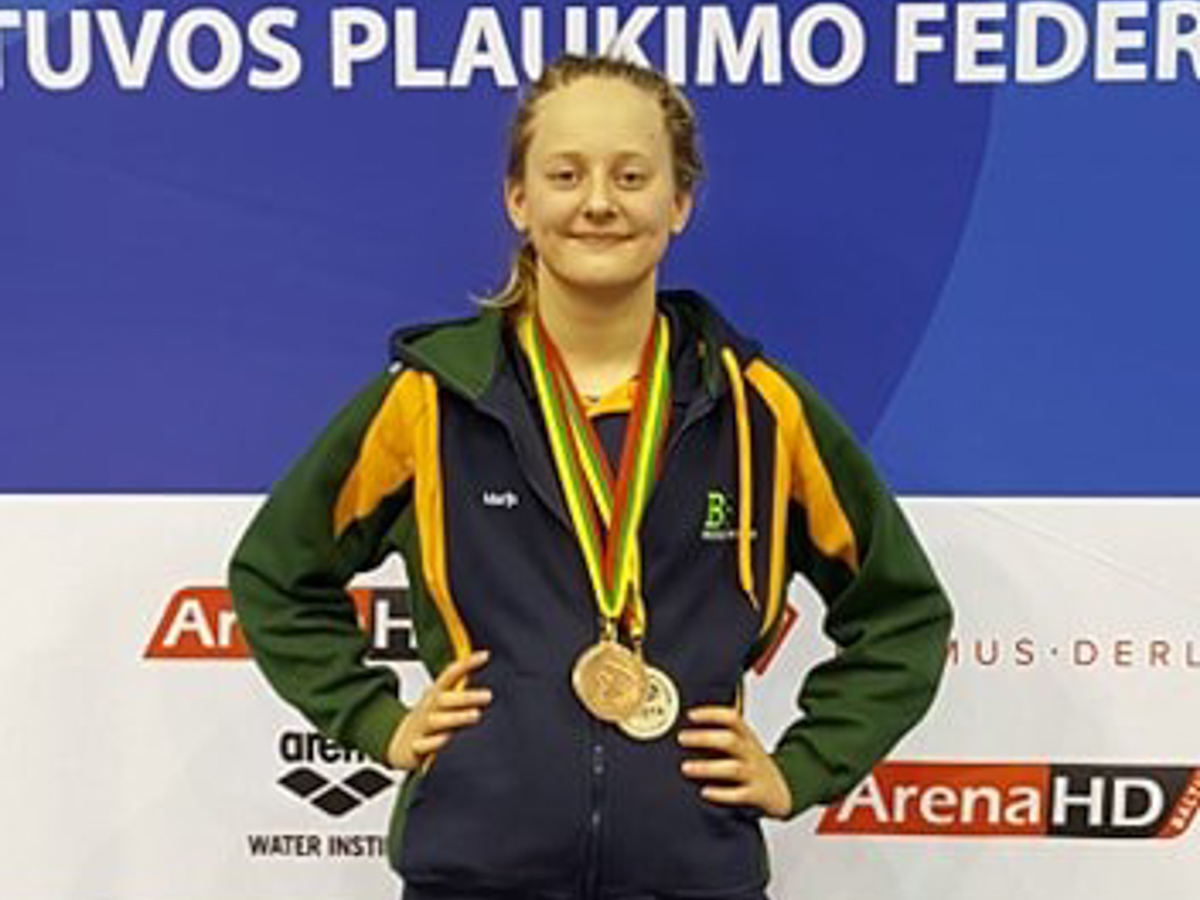 Bassetlaw Swim Squad have proudly produced a swimmer who, at just 12 years of age, is now competing and winning medals internationally — despite having only been established in the sport 18 months ago. Local girl Marija Romanovskaja has already competed overseas. She has just returned from Lithuania where she competed in the National Winter Championships in the U-15s age group despite being just 12 years old. Marija won three medals whilst in Lithuania — two silver and one bronze.

She was also selected to represent the Lithuanian National Youth Team to compete at the upcoming Baltic State Championships on 22nd and 23rd March in Estonia.

Marija has been coached through BPL’s Swimming Pathway by the Bassetlaw Swim Squad, based at BPL sites Bircotes, Retford and Worksop leisure centres. The performance pathway for swimming in Bassetlaw has, with the help of BPL, partnered with Swim England (formerly the Amateur Swimming Association) and Bassetlaw District Council in the hopes of continuing to develop the long history and tradition of competitive swimming within the Bassetlaw area.
Head of Performance Swimming at BPL, Michael Glossop said: “I don’t think that anyone at BPL/BSS expected to produce international swimmers at any level so quickly into our existence. It’s a great credit to the coaching team who have all had an impact on Marjia’s development and to BPL who have invested in the development of the swimming pathway in Bassetlaw. We’re looking forward to continuing to develop all our athletes as people and establish our pathway further.”

Ahead of her competition in March, Marjia ssaid: “It’s amazing because I never thought I’d be selected. I’m really proud of what we’ve managed to achieve in just 18 months. Many thanks to my family and BSS for the continuous support.”