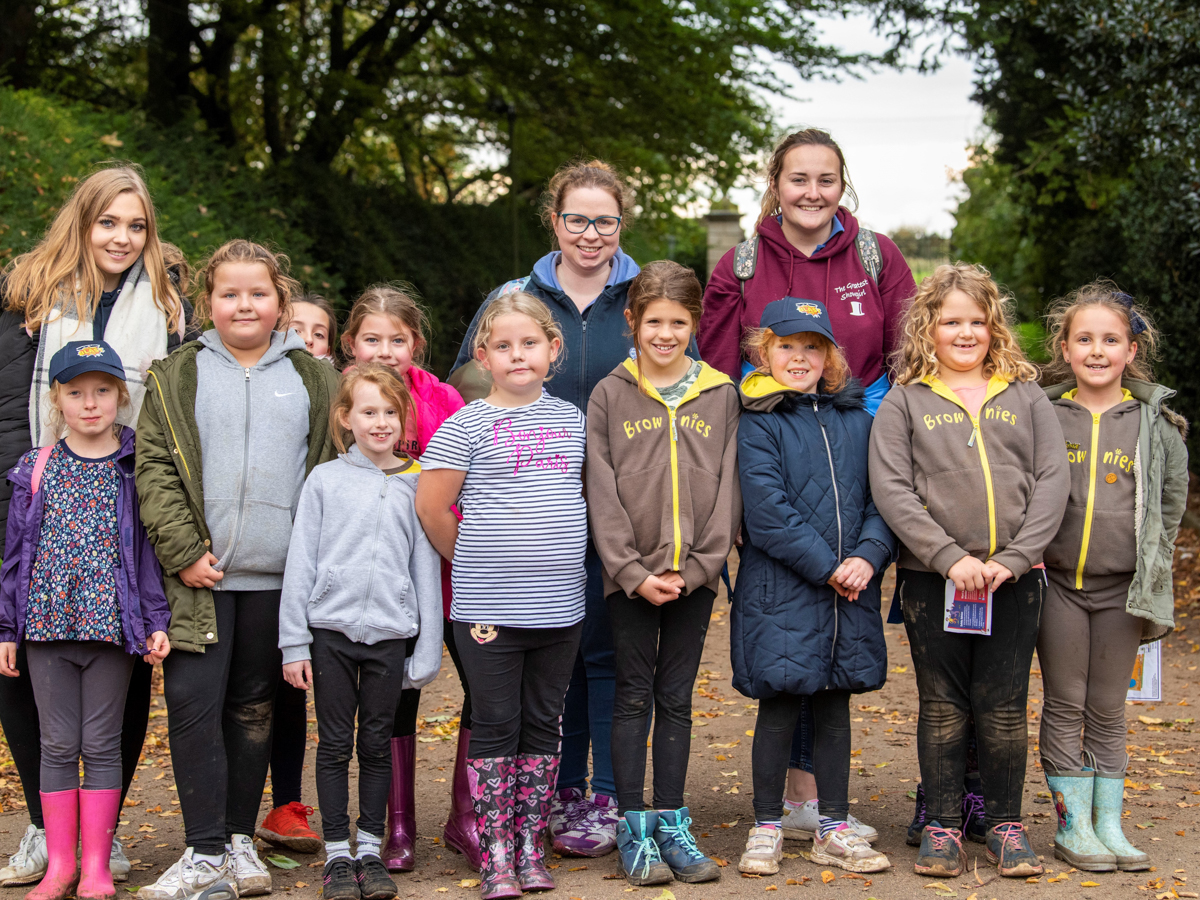 Hundreds of Notts Brownies have a blast!

Hundreds of girls from all over Notts made the most of their half-term break by taking part in Brownie Blast, a two-day adventure run by Girlguiding Nottinghamshire at PGL’s Caythorpe Court, near Grantham. The event was attended by 500 Brownies — all aged between seven and 10 — supported by their leaders and volunteer helpers. Girls from across the county joined in the fun, with the line-up including units from Wheatley, Worksop, Ranskill and Carlton-in-Lindrick as well as Edwalton and West Bridgford, Chilwell and Toton, Farnsfield, Calverton and Eastwood plus several from Nottingham itself.

“Some of these girls were absolutely fearless and it was really rewarding to see so many youngsters overcoming their initial doubts to take on increasingly greater challenges,” said Kayleigh Hunt, Assistant County Commissioner and part of the county team which staged the event. “Lots of amazing activities were offered on site, and the girls certainly made the most of them!”

The most popular activities included a giant swing through the treetops, a zipwire and a trapeze, with the girls also tackling tricky team tasks like problem-solving, buggy-building and orienteering. The Brownies were busy during the evening too, with a campfire and a disco before bedtime.

“We’re proud of our ability to put on adventurous events like this for girls and young women across the county and it’s wonderful to see our younger members rising to such extraordinary challenges,” says Girlguiding Nottinghamshire’s County Commissioner Jackie Brocklehurst. “And I have to thank our brilliant team of Young Leaders and adult volunteers, without whose support Brownie Blast simply wouldn’t have happened.”

Girlguiding Nottinghamshire is recruiting additional volunteers in order to open up more opportunities for friendship, fun and personal development to girls and young women all over the county. Anyone interested in finding out what’s involved is invited to call 0115 987 7220 or visit www.girlguidingnottinghamshire.org.uk.