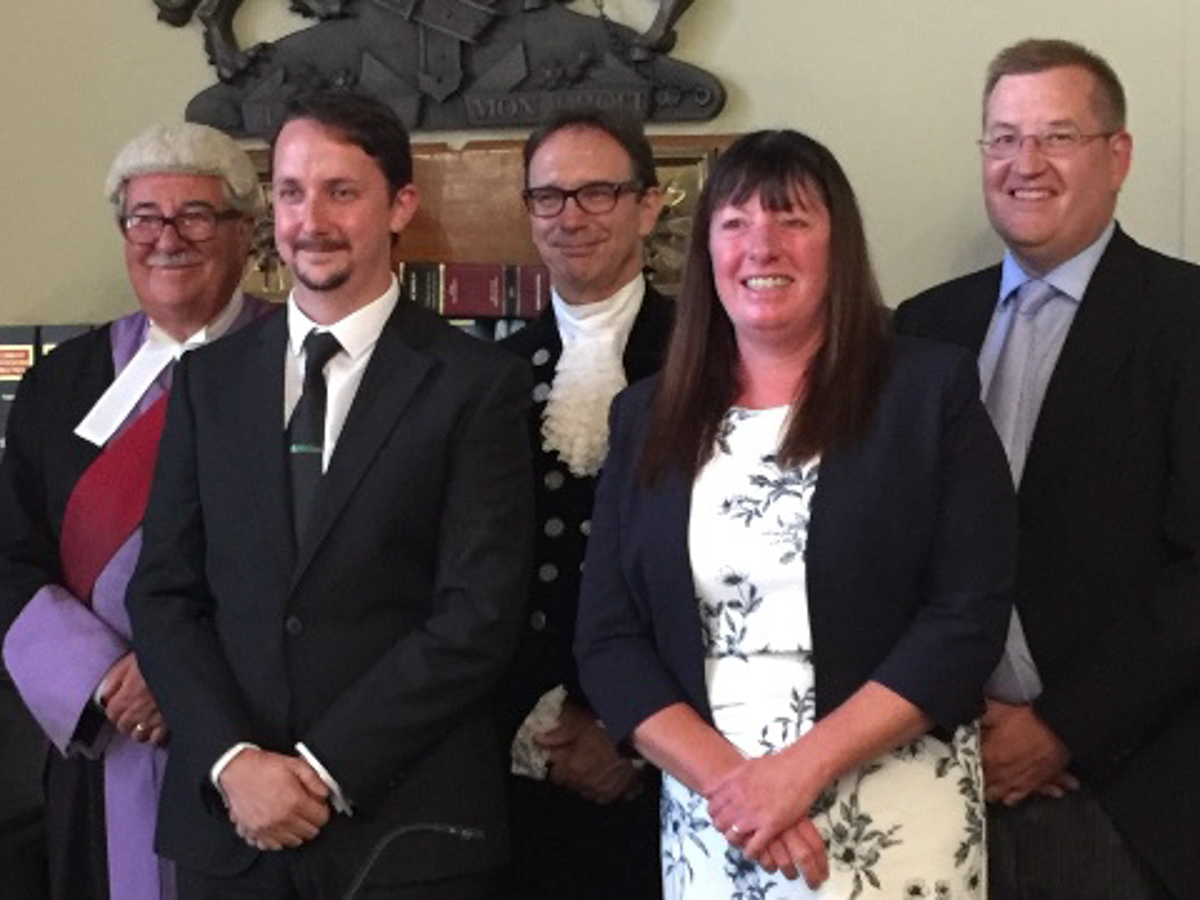 Lincs and Notts Air Ambulance paramedics Jane Pattison and John McKenzie have been presented with an award by the High Sheriff of Lincolnshire in recognition of their ‘heroic actions to save a man’s life’.  Every day, the charity’s highly skilled pilots, paramedics and doctors are dispatched to some of the most serious and time-critical accidents and medical emergencies in Lincolnshire and Nottinghamshire. They transport the equivalent of an A&E Department to the scene, can carry out blood transfusions, surgical procedures, and administer advanced pain relief giving every one of their patients their very best chance of survival in what is often their greatest hour of need.

In August last year, the Lincs and Notts Air Ambulance was dispatched to a particularly challenging medical emergency where their clinical crew, including Jane (from Retford) and John, performed a procedure called a thoracotomy on a patient who had been stabbed.

Surgeons usually perform this procedure to gain direct access to organs such as the heart or lungs. It is highly unusual to see a thoracotomy performed outside of the hospital environment and it is often referred to as open heart surgery. Sadly, the patient’s injuries were so significant that he did not survive.

Although our crew often say that they are ‘just doing their job’, to the families whose lives they touch, their presence and their actions mean everything. Congratulations to Jane and John on a well-deserved award.

Since their very first mission in 1994, the crew has been dispatched over 19,200 times! Thousands of families still have their loved ones thanks to the crew of the Lincs and Notts Air Ambulance. And, as they start flying 24 hours a day later this year, they will able to attend more missions than ever before. With no direct Government funding, all of this is only possible thanks to donations and fundraising from the communities that we serve.

To find out more about the vital work of the charity and how you can help visit www.ambucopter.org.uk.