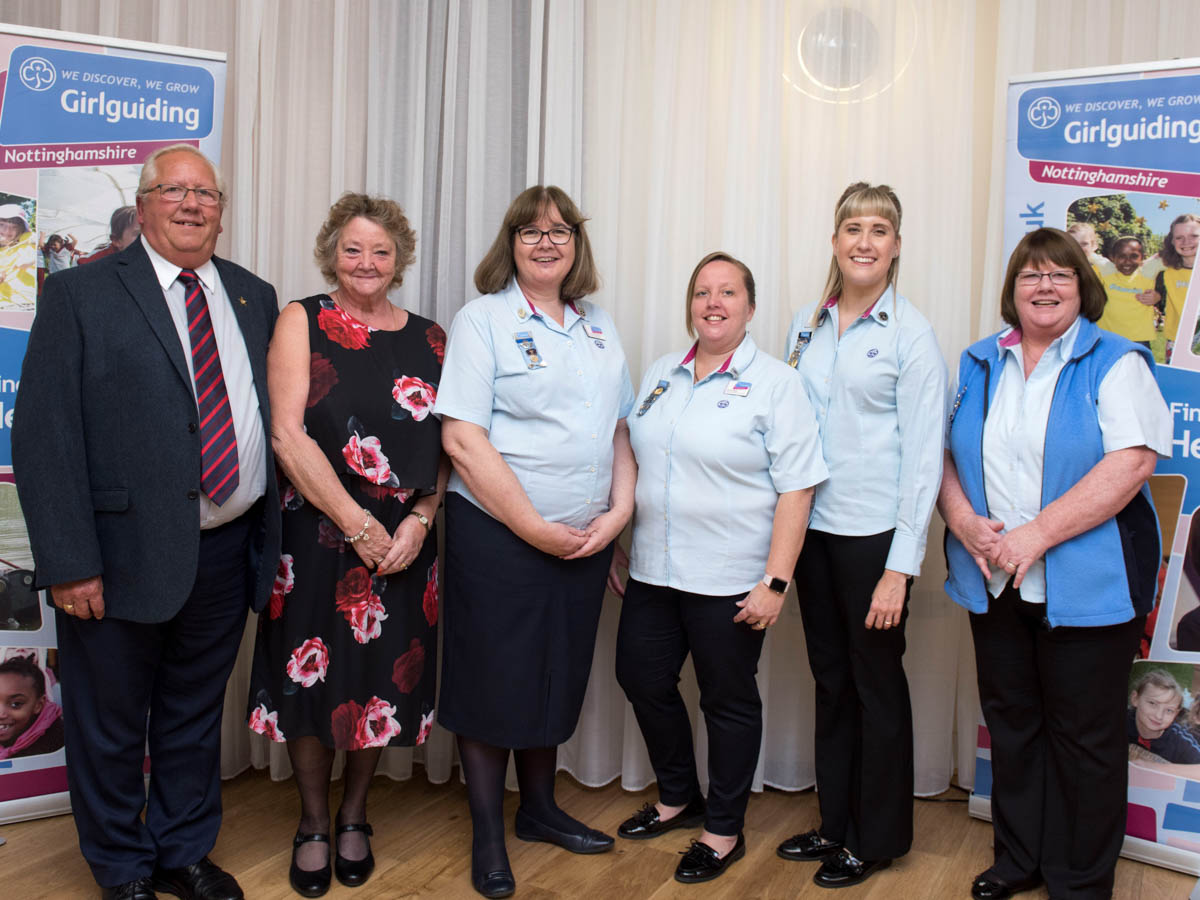 Guides are 860 years and counting!

The exceptional achievements and commitment of local volunteers were honoured at a tea party given by Girlguiding Nottinghamshire on 7th October.  Retford Division was well-represented on the podium, with long service awards presented to Di Fruin (30 years), Helen Turner (40 years) and June Ray (40 years). There was also a special ‘Thanks’ badge for June — ‘For being a wonderful Trefoil Guild Chair and a true friend to Girlguiding Nottinghamshire’ read her citation.

Held at Mansfield’s Portland College, the tea party gave County Commissioner Jackie Brocklehurst the opportunity to present awards to over 50 members and friends of Girlguiding across Nottinghamshire. In addition to announcing 22 ‘Long Service Awards’ — including the county’s first awards marking 60 years of service — Jackie presented Oak Leaf Awards to 14 leaders and the Nottinghamshire Star to four non-uniformed volunteers in recognition of their outstanding support for local Guiding.

Jackie also used the occasion to give 12 special ‘Thanks’ badges as personal gestures of appreciation: several went to members of the team responsible for MegaMoot, a camp run jointly by Girlguiding Nottinghamshire and Nottinghamshire Scouts over four days in May and attended by some 4,500 young people.

“I’m proud to say that the Long Service Awards conferred today recognise a grand total of over 860 years of service to Girlguiding, and it was a privilege to publicly celebrate such exceptional commitment,” said Jackie afterwards. “Helping young people get the most out of life is rewarding in so many ways. Our volunteers not only benefit from training, mentoring and invaluable experience but, as shown by this afternoon’s tea party, we also have a lot of fun along the way!”