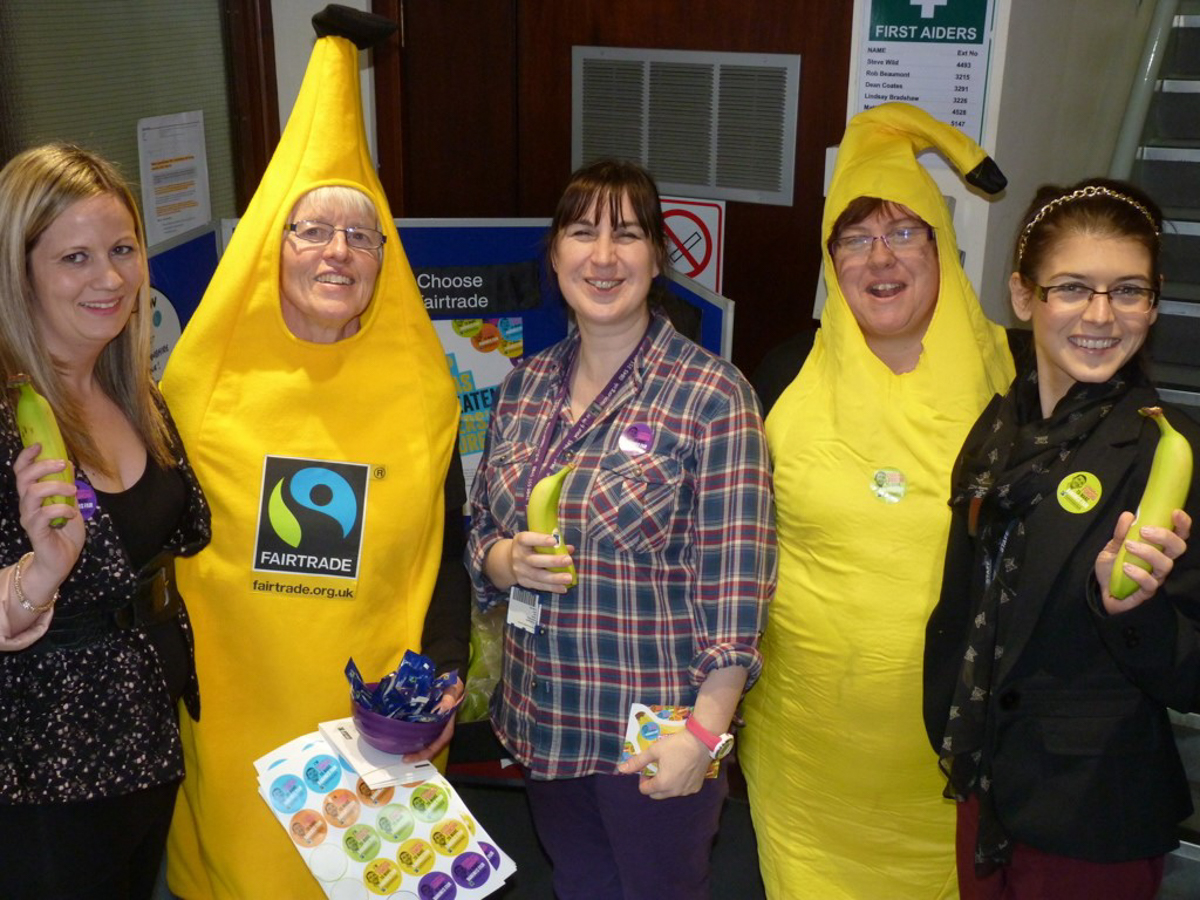 The Fairtrade for Bassetlaw committee has reluctantly concluded that the time has come to disband the group. However, at a difficult time for many, all over the world, this decision has a positive outcome, as the remaining funds, in excess of £300, are to be donated to a Traidcraft Exchange appeal to support producers whose orders have dried up during the COVID-19 pandemic.
Fairtrade for Bassetlaw was set up 15 years ago by a couple of committed individuals who went out looking for like-minded people to join them. They attracted support from Traidcraft Fair Traders, church representatives, councillors and others. Much hard work ensued, resulting in the Fairtrade Foundation awarding Fairtrade District status to Bassetlaw on 16th October 2009.
Bassetlaw schools, churches, shops and cafes, businesses, clubs and the Council have all been involved over the years and a programme of activities, particularly during Fairtrade Fortnight (every February to March), has kept Fairtrade in the public eye. Highlights have included two members of the group dressing up as Fairtrade bananas, local schools holding events to support and understand Fairtrade, Fairtrade community meals and bake offs, while events in supermarkets have drawn in a supportive audience.
During this period, Fairtrade has acquired a much higher profile, with many more people aware of the need to support the small farmers in developing countries who grow the commodities which we rely upon every day, but are not always paid a fair price. All the major supermarkets now stock a range of Fairtrade products and many catering outlets use these routinely.
The current Fairtrade for Bassetlaw committee has been unable to recruit fresh blood, partly perhaps because many people now view Fairtrade as well-established, and now feel the time has come to close down the organisation, which will cease to exist on 31st July 2020.
But this does not mean Fairtrade has ceased to exist and they ask you as local residents to keep raising the profile of Fairtrade. This can be as simple as asking the café or restaurant you go to if their coffee, tea, sugar is Fairtrade. And if not, you tell them how they can access Fairtrade products and offer to promote their café. The same applies to schools, your church, local community or business meetings. Make sure the drinks provided are Fairtrade and offer to provide them if not. Much has been achieved during the group’s existence and they are optimistic that Fairtrade products will continue to be widely available, both locally and by mail order. Fairtrade for Bassetlaw has a Facebook presence and will continue to highlight local and international issues on it – see www.facebook.com/Fairtrade4Bassetlaw/.
The donation to Traidcraft Exchange will be the group’s final collective action, and one which feels worth celebrating. But be sure, Fairtrade will always be important in Bassetlaw and across many countries. They hope many will continue to support Fairtrade. Check out Fairtrade information at the Fairtrade Foundation, www.fairtrade.org.uk, and Fairtrade purchases can be ordered online from Traidcraft, www.traidcraftshop.co.uk.