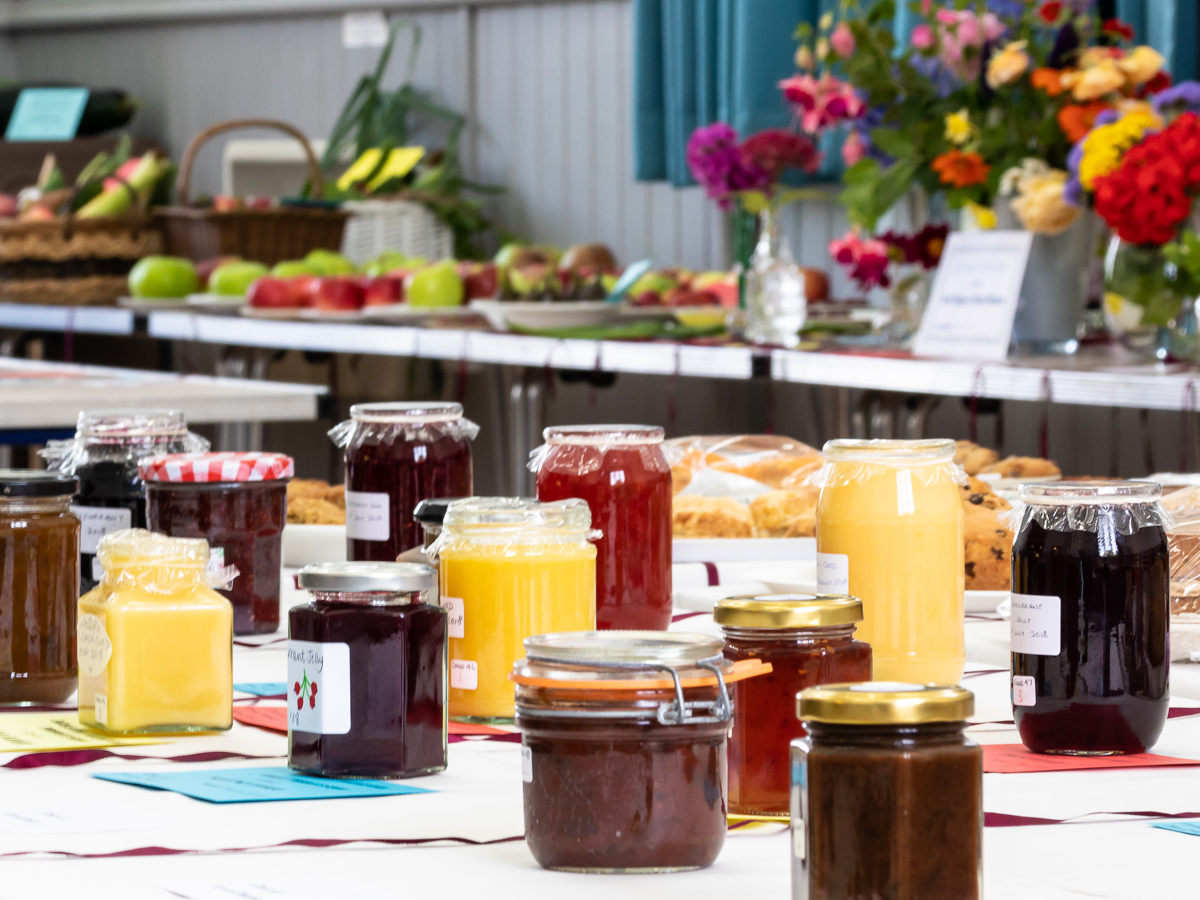 Egmanton’s Craft and Produce Show celebrated its 20th anniversary with an excellent display of entries despite the strange year in the garden. The floral and produce entries reflected the challenging growing conditions in 2018, with only two small entries of carrots and dahlias rather than the usual full classes while there were plenty of tomatoes, some impressive large vegetables and some beautiful flowers.

The crafters had not been idle since last year and there were some superb examples on display. The most outstanding exhibit trophy went to Mavis Beckitt for a magnificent embroidery. The normally strong classes for hand-made greetings cards did not disappoint.

The children had been busy making their entries from building block kits and recycled materials and there were some superb models on display.

In a commendable effort Isaac, aged 11, decided he wanted to make biscuits, and there not being a class for juniors, he entered the adult class. To his immense credit his entry won. He is clearly showing signs of upholding his family’s reputation in the kitchen classes.

The photographic judge commented that the overall standard had improved this year. This was despite some challenging class titles so congratulations to everyone who made the effort to enter.

An enthusiastic crowd watched the prize giving by Reverend Philip Howson. It was particularly appreciated that people from neighbouring villages joined with Egmanton folk to support the event. Thanks to everyone who came; to everyone who helped at the event and to our judges for giving up their time to make the competition possible. We look forward to the 21st show on the first Saturday of September 2019.
The results were: