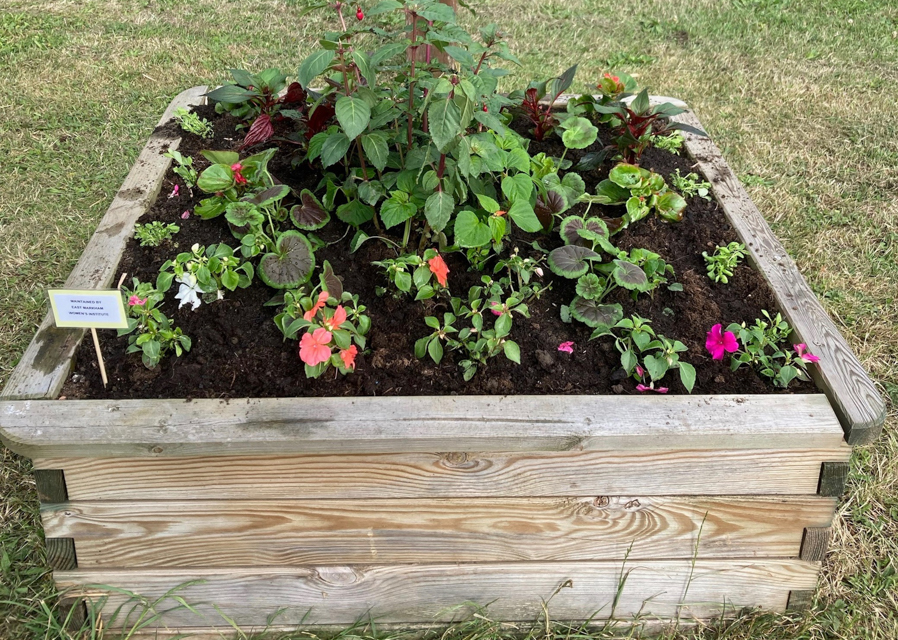 June was a busy month for the committee and members of East Markham WI. The first meeting since February 2020 took place on the 11th with a social afternoon in a member’s beautiful garden. Full Covid regulations were followed. Committee members served drinks and cream scones and after the well supported raffle was drawn the afternoon ended with mini Magnums for all.
On the usual meeting night Michael Edwards, of the Chesterfield Canal Trust, was the speaker via Zoom. Taking the group on a journey from the River Trent at West Stockwith to the centre of Chesterfield, Michael explained the history of the Canal and its restoration as a leisure facility for Nottinghamshire, South Yorkshire and Derbyshire. The canal was built between 1771 and 1777, it is 46 miles long, 32 of which are navigable and it has some of the earliest staircase locks in the country. The canal meanders through tranquil countryside and can be walked along the towpath, known as The Cuckoo Way. Saved from closure in the 1960s, parts of the canal fell into disrepair. Since 1989 12 miles of canal, 37 locks and 11 bridges have been restored and two new marinas created. There are less than nine miles to complete the restoration and the Trust hopes to complete these by 2027, to celebrate 250 years since the Chesterfield Canal was opened.
Later in the month, the branch took part in the Flower Festival in the grade one listed village church of St John the Baptist. The committee had received a request to maintain the village flower box at the junction of High Street, Lincoln Road and Plantation Road, which was agreed to. The box has been cleared and planted with a range of bedding plants, to brighten up this corner of the village.
As meetings are restarted, anyone interested in joining a friendly and forward looking WI is welcome to go along to their meetings. Contact Jenny on 01777 871706 or Marie on 01777 871567 for details.