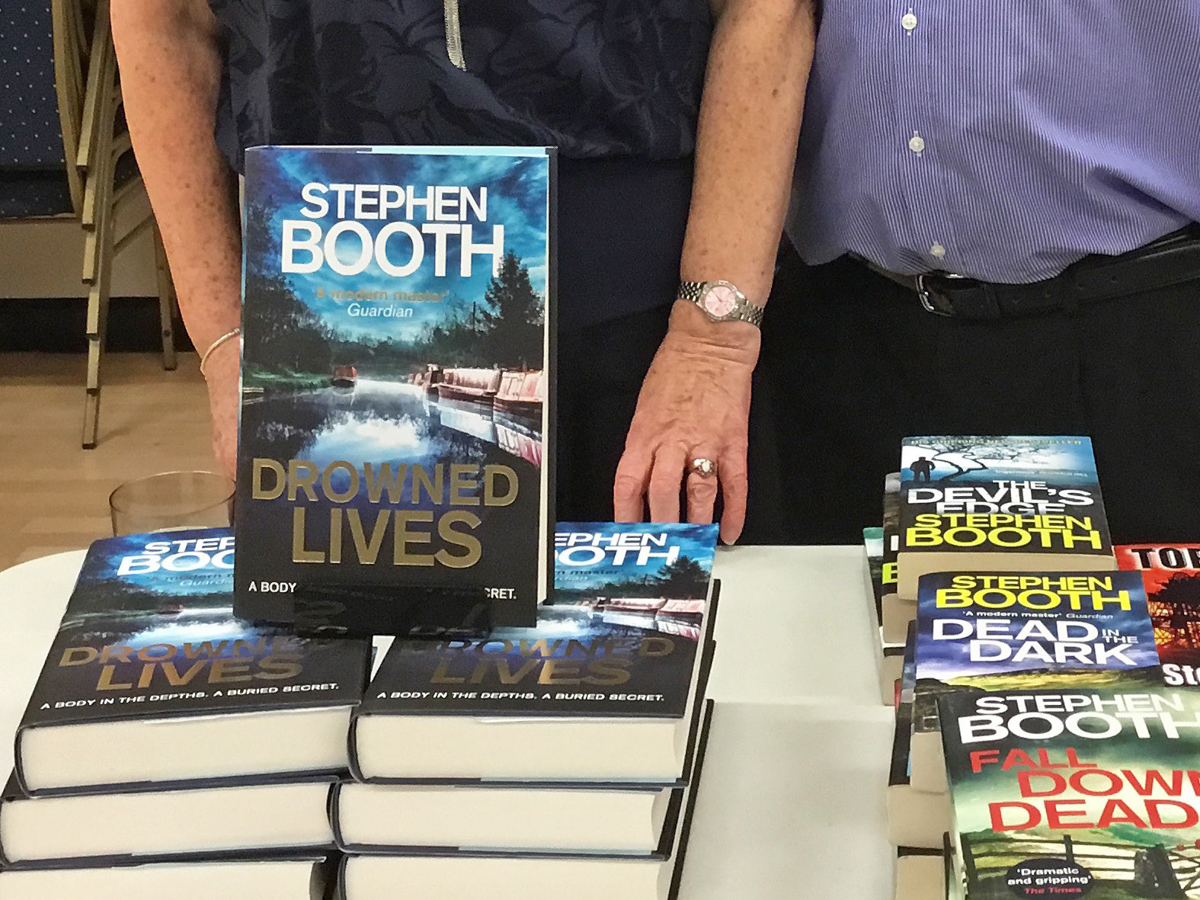 Crime at the WI

In November members and visitors of East Markham WI welcomed local author Stephen Booth to tell them ‘Where the Bodies are Buried’, based on his very successful Cooper and Fry series of crime novels set in the Derbyshire Peak District.

Stephen had a working class childhood in Lancashire, in a home with only two books, the Bible and a book on fortune telling, both of which he read. He later found a copy of Silas Marner by George Eliot, which introduced him to a world far outside anything he was familiar with. Joining the local library, he was soon drawn into the exciting world of fiction and knew it was something for him. He started writing down his own ideas and by the age of 12 he had written his first ‘novel’. On leaving school he became a trainee journalist, realising that this was a way to earn his living as a writer. It was a profession he continued until becoming a full time author. The first Cooper and Fry book was published in 2000 and has been followed by 17 more. The novels are set in a fictional town in the Peak District, which readers try to identify and place from many clues in the stories. Stephen does his own research and always visits the places he uses, making detailed notes as well as using local history and legends within his writing.

But where are the bodies buried? Somewhere in the readers’ imagination, as they try to figure out the locations of murder victims, and subsequent events and places whilst engrossed in the story. In 20 years of writing Stephen says he has learned much about people, places and events and admits that when writing he has to try to think like his characters and how they would act in different situations. He has been a frightened woman in a dark and empty car park, a murderer planning how to dispose of his victim and a disturbed person contemplating suicide.

Stephen enjoys the interaction with his readers, who ply him with many questions regarding his characters and the many locations in his novels, as well as pointing out the odd error. Many visit the Peak District trying to find the places where murders occurred, where the characters live and other story locations. To many of his readers the characters and places become real and part of their lives. Stephen finished by saying he looks for the Golden Moment — where the reader is so engrossed in the story that they forget the difference between the fictional and real worlds.

A fascinating evening enjoyed by all and which Eileen summed up beautifully in her vote of thanks. December was the WI Christmas Party, with a games night scheduled for their meeting on 21st January. Visitors and new members are always welcome, they meet at East Markham Village Hall at 7.15pm. Contact 01777 871567 for further information.