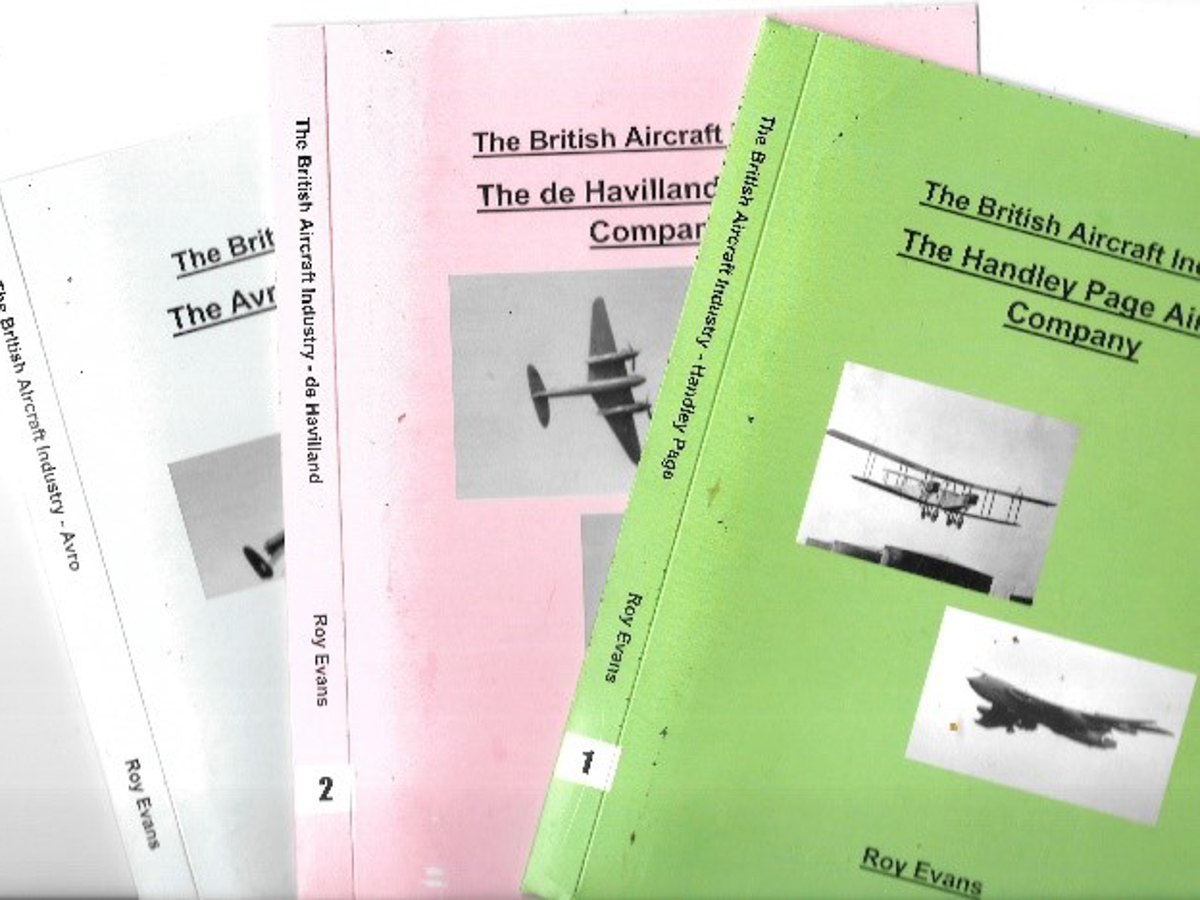 Everybody, we are told, has a book inside them and everybody at some time or other has a frustrated writer inside them trying to get out. So, what do you do after retirement? In my case I decided to write a series of 10 books.
I was brought up in Hertfordshire and in the 1950s we had two of the major aircraft manufacturers in the country only a few miles away from where I lived.

We also lived under a ‘stacking’ point for London airport and on a busy afternoon would often be able to see 10 or more aircraft circling around waiting for their turn to land. I remember seeing the three flying Mosquito aircraft day after day one summer flying around when they were making the film 633 Squadron.
I started taking photographs around 1958 and have taken them ever since. When we moved to Clarborough 36 years ago, I very quickly joined the Lincolnshire Lancaster Association and they had an embryonic journal called Memorial Flight. I started offering pieces for publication a few years ago and when there was a change in the editorial staff, the new editor commissioned me to write an article about the air element of the 1944 Operation ‘Market Garden’ which took place at Arnhem. Other articles followed and now I am a regular contributor, having had 10 articles published in the last 10 half yearly editions.

It was suggested to me that I might like to write a book covering an aspect of aviation. I went to a couple of air museums and had a look at their bookshops. There were lots of books about specific aircraft or about specific pilots, but very little about the companies who made the aircraft. After little research, I realised there were over 20 companies who made up the British aircraft industry at the end of the Second World War. Here was my subject.
Switching on my laptop at 9.00am with an ever present cup of coffee, by 12.00pm I hoped to have typed 1,000 words. Six weeks later, I had a book with 250 pages and 42,500 words. By following that regime over the winter months, you find you have one, two or three books written, but what do you do then? JK Rowling says she had loads of rejections before the original Harry Potter book was accepted for publication. I didn’t want my books to be ‘best sellers’ I wanted to provide books for aviation enthusiasts.

Having written the books, I had to figure out who was going to print them and how they were to be published. What about ISBN numbers and barcodes and sending copies to the British Library? The learning curve was steep and at times appeared complex.

Finding a printer was surprisingly easy, mine is in Catford in south east London. For a relatively small fee they will print you a proof wire bound copy of your book. Once you are happy with the book’s content and cover, the printer will run off any number of books for you. The printing of the book is probably the smallest element of the costing process. The proofreading and distribution costs can be extreme, and the books have to be marketed. I decided to establish my own publishing company, using the name Clarborough Aviation Books. Under this title copies, of the books have been sent to most of the aviation museums in the country, as samples. Once they are accepted, orders can be supplied.
When the big box of books is delivered to you via a carrier, what next? Well, Birthday and Christmas presents are now organised for friends and relatives for the next couple of years.

At the moment three books are finished, with a further three at the proofreading stage. The books finished cover Handley Page, de Havilland and Avro. Three further books will be published by next Easter. These are about Sopwith & Hawker, Vickers Aviation and Supermarine.

If you want more information on these books or are considering books as Christmas presents, please email clarboroughaviationbooks@gmail.com.