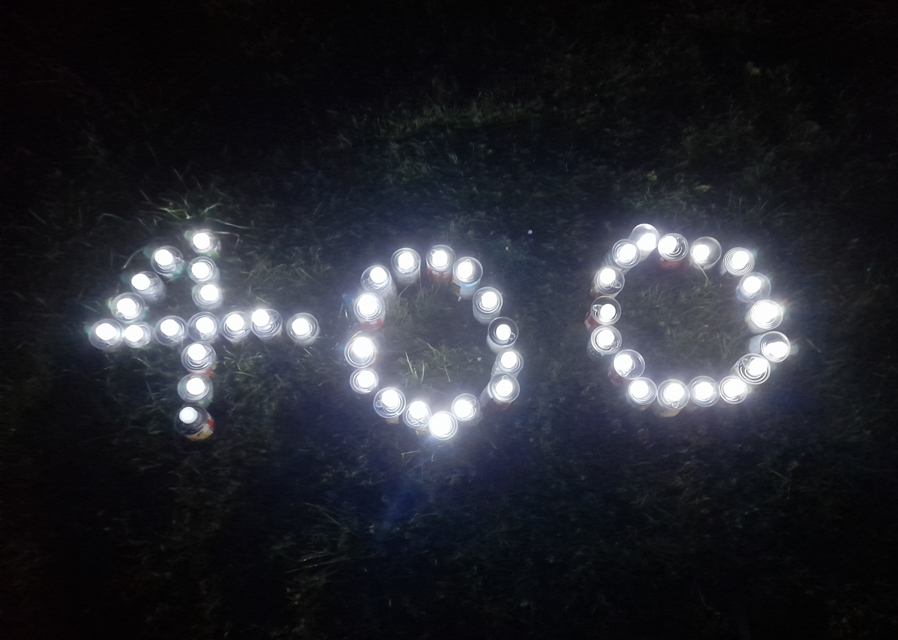 Help Pilgrim Roots to gather 4,800 (or more!) items for Bassetlaw Foodbank on Thursday 18th November – that is one item for every month since the first Thanksgiving in America, 400 years ago. They have 400 cans already, thanks to a Bassetlaw Christian Heritage donor, and are looking forward to receiving many more on the day.

This special event is part of Retford’s Thanksgiving / Illuminate event in 2021, which celebrates the town’s role in the Mayflower Pilgrims story. From 12.00pm on Thursday 18th November at St Swithun’s Church Retford, there will be a programme of performances and talks where everyone is invited to call in with their donations for Bassetlaw Foodbank (normal rules – cans, sealed packs etc).

Some of the highlights during the day are the St Swithun’s Bells, an organ recital, the Elizabethan Academy Choir, the U3A Recorder Consort, and the Doncaster Waites. The evening programme is still being finalised, but will include songs from Emma Spencer and David Warren, and a talk by local author and historian Adrian Gray.

Donors are welcome to stay throughout or pop in for a few minutes – whatever works for them. Let’s make this a great event for Bassetlaw Foodbank and the people it serves – no-one should go hungry in Bassetlaw!

Everyone who brings a donation for the Foodbank at St Swithun’s on 18th November will be given the opportunity to write a message of hope which will be given out by Bassetlaw Foodbank – it is hoped that this will raise the spirits of those people receiving the food parcels. To receive a positive message like this, especially in the run up to Christmas, can make a difference.
This will be a fantastic way for people to give thanks for their own lives whilst helping others to survive in modern hardship – a brilliant way to commemorate the 400th anniversary of the first Thanksgiving Meal held in North America.

The first 400 donors will also be given a battery-powered tealight ‘can-dle’, which they can display in their windows on Thursday 25th November (the actual Thanksgiving Day) to remind them, and others, about giving thanks. Organisers will be inviting people to take photographs of these tealights to reflect the theme of Illuminate and share them on social media with the hashtag #OneSmallCandle, or send by email to info@pilgrimroots.org. They will also support schools in creating their own Illuminate features and will invite them to send photographs for their online display.

The Illuminate activity is inspired by a quote from William Bradford, one of the Mayflower Pilgrim leaders who became the second and long-serving Governor of Plymouth Colony: “As one small candle may light a thousand, so the light here kindled hath shone unto many.”

Chair of Bassetlaw Christian Heritage Rick Brand said: “This is a wonderful opportunity for us to make a real difference to people locally by supporting Bassetlaw Foodbank, and to be able to commemorate the 400th anniversary of the first Thanksgiving.”

The Thanksgiving / Illuminate activity in Bassetlaw has been organised by Bassetlaw District Council Pilgrims Gallery at Bassetlaw Museum, funded by the Heritage Lottery Fund and BCH (Bassetlaw Christian Heritage). For more information about the Pilgrims story see www.pilgrimroots.co.uk.