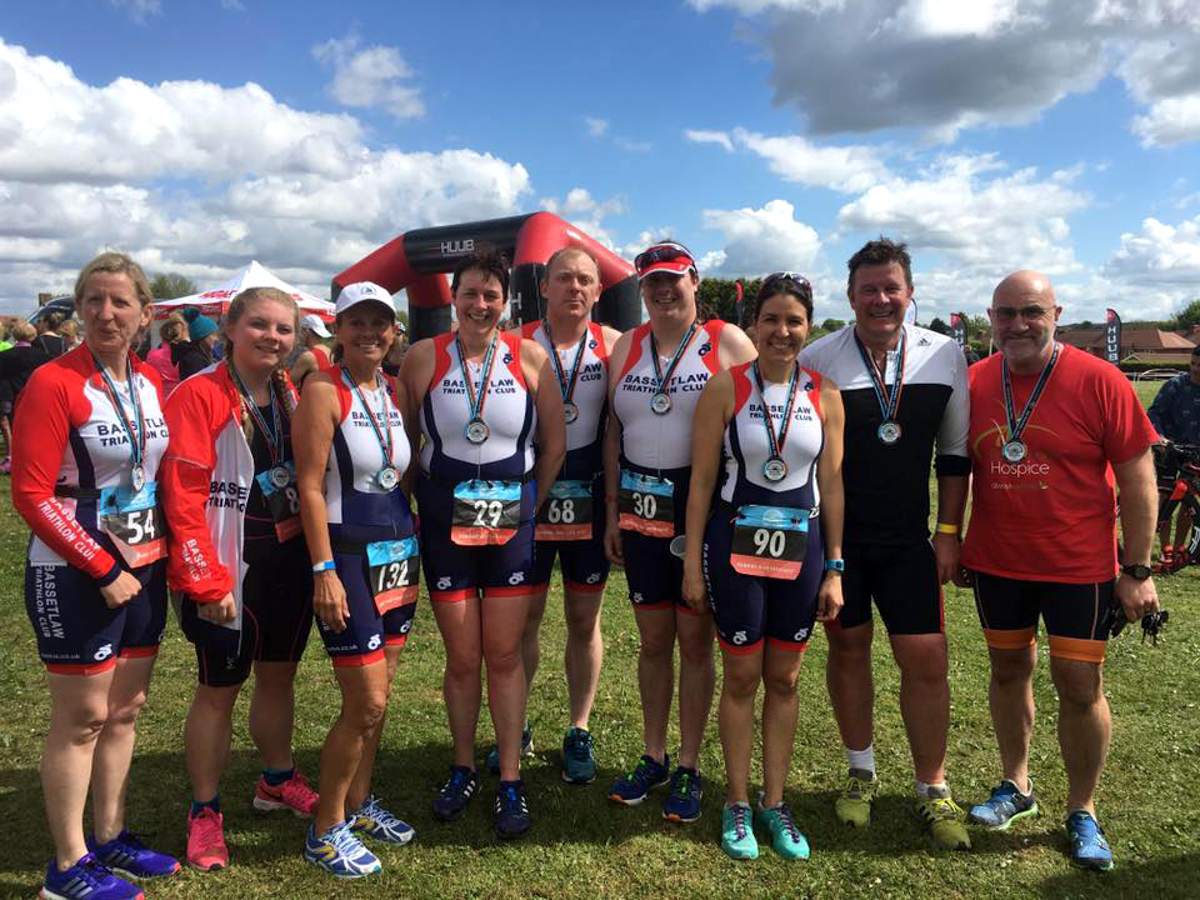 Bassetlaw Triathlon club was started in 2012 following the success of the London Olympics and the desire by a few local sportsmen and women to grow a local legacy from those Games. Members are extremely grateful for the support of Bassetlaw Council who helped set up the club in 2012 as part of the Olympic Legacy.

The small, but active club prides itself on being friendly and accessible. It is primarily based in Worksop, with many of our nearly 120 members living nearby or in the surrounding areas such as Retford, wider Bassetlaw District, South Yorkshire and North-East Derbyshire. Members range from complete beginners, including non-swimmers, to team GB age group athletes — everyone is welcome and encouraged. Members are genuinely supportive of each other regardless of ability and they share tips and encourage each other.

The club has successfully organised five pool swim triathlons, which succeeded in the aim of bringing a new sporting event to the area. They encourage and support both novices and seasoned athletes to take part. This year’s Bassetlaw triathlon is on Sunday 5th August and is open for entries now.

The growing coaching team, led by Steve Chambers, works hard to cater for all ability levels in the coached training sessions. Along with the coached sessions there are often occasions when club members meet up for un-coached runs, or bike rides.

Whether you have been thinking about triathlon as your next challenge or you have been involved in the sport before and are looking for like-minded people to train with, take a look at www.bassetlawtriclub.co.uk to find out more about what the club has to offer and then join them. You can get in touch with a club representative via their Facebook page or contact the club secretary on bassetlawtriclub@hotmail.co.uk.