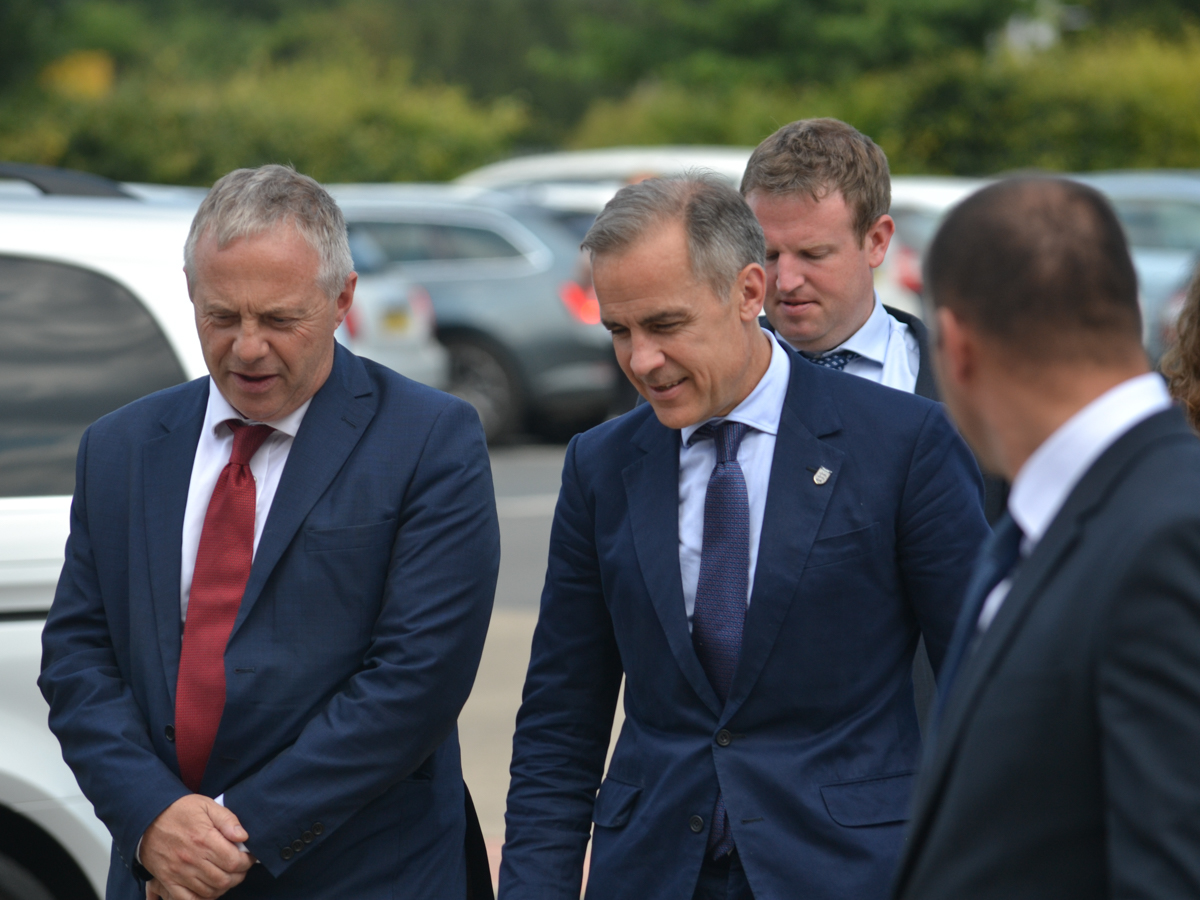 On Friday 6th July Mark Carney, the Governor of the Bank of England, visited Retford Oaks Academy — part of the Diverse Academies Learning Partnership — for a question and answer session with local business and economics students.

Accompanied by Bassetlaw MP John Mann, Mr Carney arrived to a musical performance by Retford Oaks students, before giving a talk to around 70 students from schools across Bassetlaw.

He spoke of the similarities in his background to those of the students, growing up in a small Arctic town and attending a state school, and encouraged them to pursue a career that interests them.

He said: “While you are living through this journey, you should be doing things that are as interesting as possible, and that includes being flexible in terms of your potential career, being adventurous in your choices and using jobs as an investment.”

Students were enthusiastic in their questioning of the Governor, and topics ranged from the impact that cryptocurrency could have on the UK economy, to how the result of the World Cup could affect interest rates.

On being asked by a Retford Oaks student whether he believed that, post-Brexit, the pound could drop as low as it did after the EU Referendum, Mr Carney said: “The short answer is that I don’t know, I don’t know where the currency will go. What we have to do is, around that key March date — much as we had to do around the referendum date — is think ‘what is the worst possible scenario for that March date’?

“Remember that I have just committed to all of you here to keep your money safe. So we need to make sure that the banks and financial systems are ready for that worst case scenario. If, for whatever reason, there is no deal and we fall out of the European Union without an arrangement, it will mean a sharper adjustment for the economy. The financial system makes that better, we won’t be able to offset all of it but it lessens the blow. That is what you should expect from us.”

Retford Oaks Academy Principal, Heather Widdup, said: “We were delighted to host Mark Carney today and would like to thank him for giving our students this incredible opportunity.

“As an academy, we are dedicated to academic excellence and encourage every one of our students to push themselves to be the best that they can be. I hope that Mr Carney’s visit today gave our students that extra drive to go out and follow their goals and aspirations, which we know they are all capable of doing.”