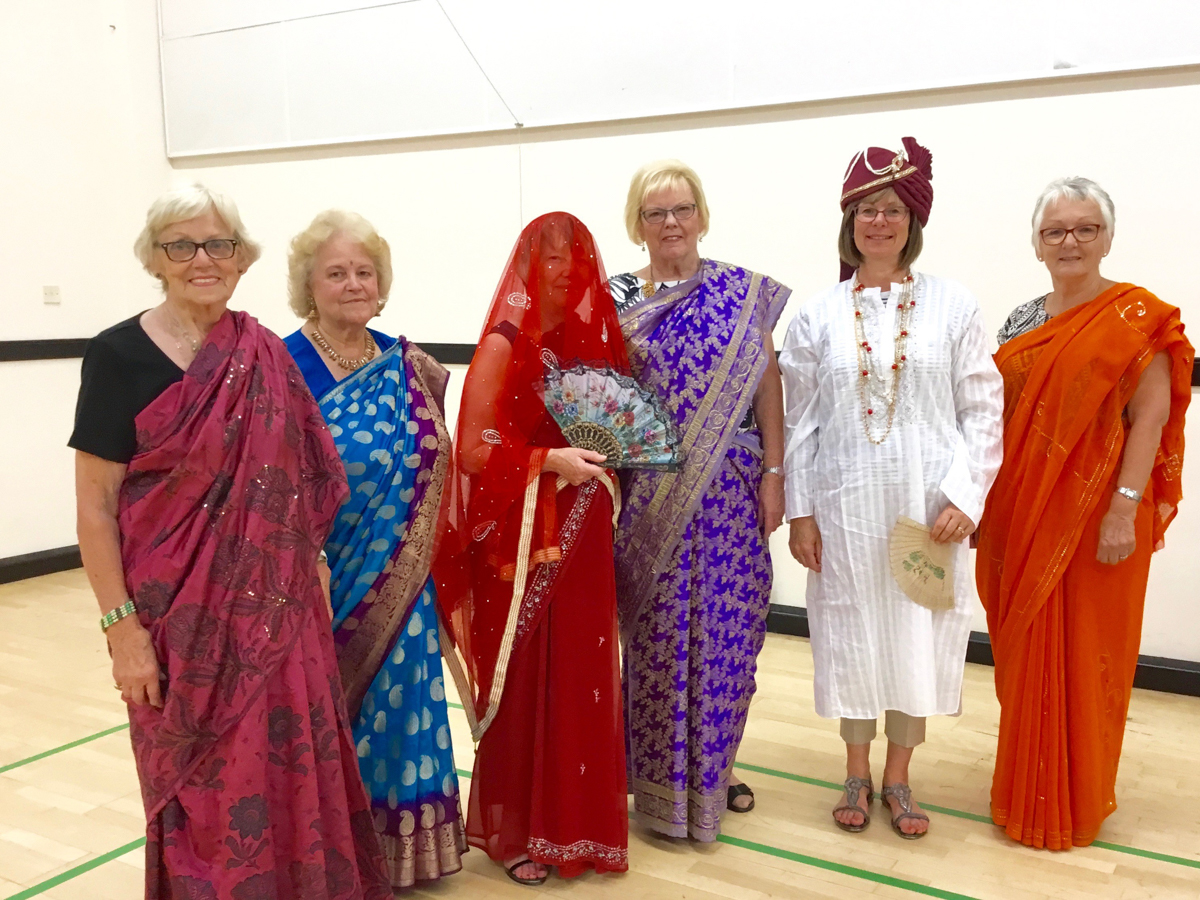 The July meeting of East Markham WI was a colourful evening, when Angela Tubb talked about the Colours of Bangladesh and demonstrated wedding clothing.

Angela met her husband in the UK and returned with him back to his home country in the early 1960s. Unprepared for the way of life in her new country she soon adapted, learnt Bengali and was welcomed into the local community where she stayed for over 20 years. As a Christian she was not expected to convert to Islam, but her children were brought up in the Muslim faith.

Angela explained the traditional wedding ceremony. The couple are often known to one another, but they do not have an English-style courtship, with marriages being arranged between families and any meetings being chaperoned.
Weddings take place in the home, today wedding venues in cities are popular. Red is the traditional wedding colour and the bride is dressed in the finest sari her family could afford, adorned with jewellery, her hands decorated with henna and her head and face covered by a fine veil. The groom is dressed in Kurla Pyjamas, the fabric and quality depending on the status and wealth of his family, wear jewellery and a fine turban.

The groom and his supporters arrive, very noisily, at the brides’ home or wedding venue, where traditionally, children block his entry and he has to ‘pay’ to be allowed in. He goes to a separate room and the ‘celebrant’ goes between the bride and the groom, asking if they agree to the marriage, this is done three times and if both say yes three times, then they are declared married.

Angela set up a marriage bench covered in a special red cloth, hand decorated in traditional designs. Volunteers for bride, groom, mother of bride and guests were requested and five members came forward. They were dressed by Angela in traditional clothing. She showed how a sari is fitted and worn, it starts with a cotton petticoat tied tightly around the waist by a drawstring, from one end the very long sari material is tucked firmly into the petticoat, when tucked in all round once the other end is wound around the back and placed over the opposite shoulder, the remaining sari material is then pleated and tucked in at the front. There are no pins, buttons or other fastenings, the successful wearing of a sari depends on the tightness of the petticoat and the firm tucking in. All the ladies said how comfortable they were to wear. This was an excellent and fun-filled evening, ending with refreshments and socialising. Please contact 01777 871806 or 01777 871567 for details of other WI events.