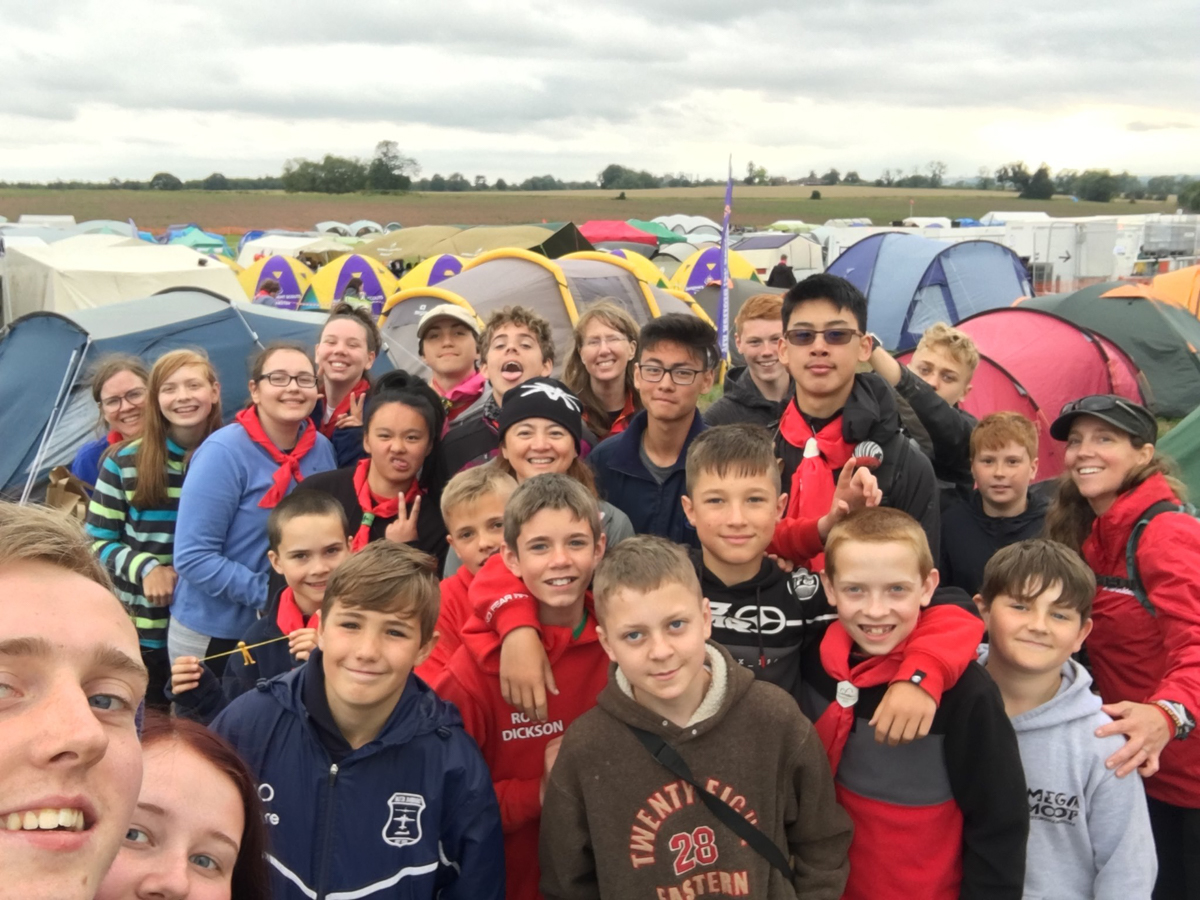 There were approximately 7,000 in camp, which included over 1,100 from international destinations. The theme of the camp was ‘Everything is Energy’. The campers were split over six different sub camps and 7th Retford were on Earth sub camp. A large variety of activities took place all over the site, including climbing, quad bikes, caving, go karts, zip wire, free fall, various inflatables, international activities, Rotary Club display, STEM activities, crafts, family history and more. The campers were occupied from 9.30am to 10.30pm, only coming back to the camping area for food.
Badges were traded in the evenings in the international tent and the two groups swapped Jaffa Cakes for Canadian Guide cookies both groups declared they were very good. Friendships were made that will hopefully last a lifetime.
Sadly, due to the Leicestershire area having over a month’s worth of rainfall in a 24-hour period, camp was abandoned early on Thursday 1st August. However, Retford managed to arrange for the Canadian group to travel by coach to Worksop, where 14th Worksop (St Anne’s) kindly allowed them to use their Scout HQ for their two remaining nights in England.

With funding from Bassetlaw Scout Active Support, everyone went to the Savoy Cinema to watch Lion King, travelled by a double decker service bus to Doncaster and some went shopping in Frenchgate and the rest went swimming at the Dome. After they got back to Worksop, everyone was treated to English fish and chips and they had chance to explore a typical English market town. On Saturday, the group continued on their travels by coach to Holyhead to catch the ferry to Ireland. The Retford Scouts had a fantastic time during the week and will certainly be wanting to go again in the future.

RETFORD AREA SCOUT CHRISTMAS POST
Retford Area Scout Christmas Post will be taking place again in December. More details including the starting date and final collection date, as well as the delivery area, will be advertised in a future edition of the magazine.