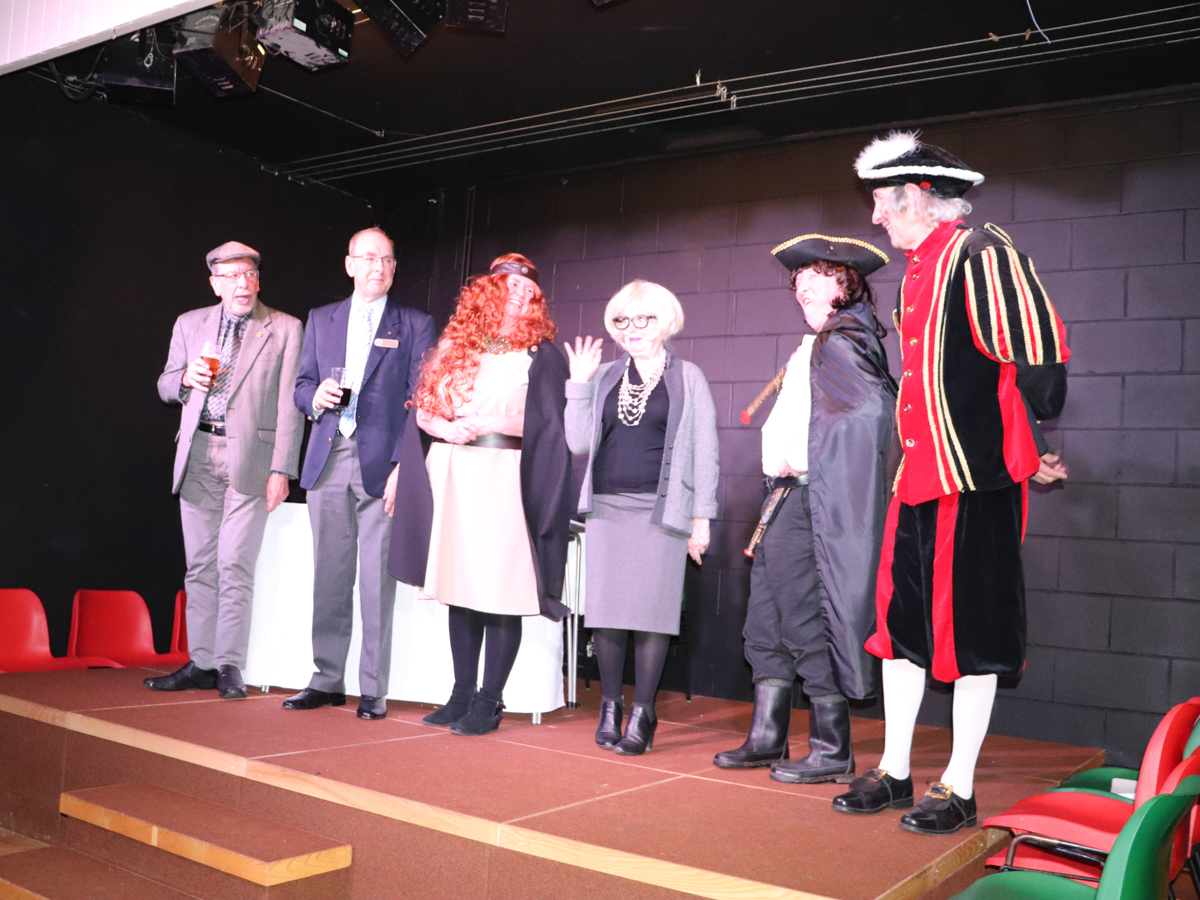 January began for the Rotary Club of Retford with the usual meeting of committees on 6th. Then. on Friday 10th, chairman of the Community Service Committee, Past President Derek Broughton, and his team organised a quiz night at Ye Olde Bell Hotel, Barnby Moor. Attended by Rotarians, partners and friends, it raised £216 for the charity account. The hotel provided a lasagne supper which well and truly rounded off a great evening.

On Monday 13th Rotarian David Rhodes organised the first of what is hoped to be an annual RotaKids Dinner. Headteachers and others involved from the local primary schools were invited and the guest of honour was Immediate Past District Governor Dr Cheryle Berry. who champions the project in the district. RotaKids involves junior school children in Rotary style service to the community whilst having fun together.

Saturday 25th January and a packed Clarborough Village Hall witnessed a ‘January Jolly’ staged by Linda Cadman, Past President and chairman of International Committee and her team. Food this time was Westland’s Farm pie and peas. The entertainment was a take on ‘What’s My Line’ and a mock ‘New Members’ Interview’ as well as various quizzes. The event raised £678 toward the Rotary International appeal to build a new Mercy Ship. Mercy Ships is an international development organisation that deploys hospital ships to some of the poorest countries in the world, delivering vital, free healthcare to people in desperate need.

On Monday 27th, Honorary Member Ann Hickman received a Paul Harris Award, Rotary’s award for exceptional service, from President Judith. A well deserved award for her many years of service to the British Legion. Rotarian Linda Crossland then presented her with a cheque to the British Legion for £850, raised at the Remembrance Concert last November. The guest speaker, Kevan Poole then told the story of Headon Camp.

SAVE THE DATE!
Military Wives Choir Waddington are coming to The Well, Retford on Thursday 21st May at 7.00pm. Proceeds are in aid of local charities and WMWC.

Tickets at £12.50 (gift-aided) will go on sale in March from the Well, the Hub, Ye Olde Bell, Brown and Co and Rotarian Derek Broughton.