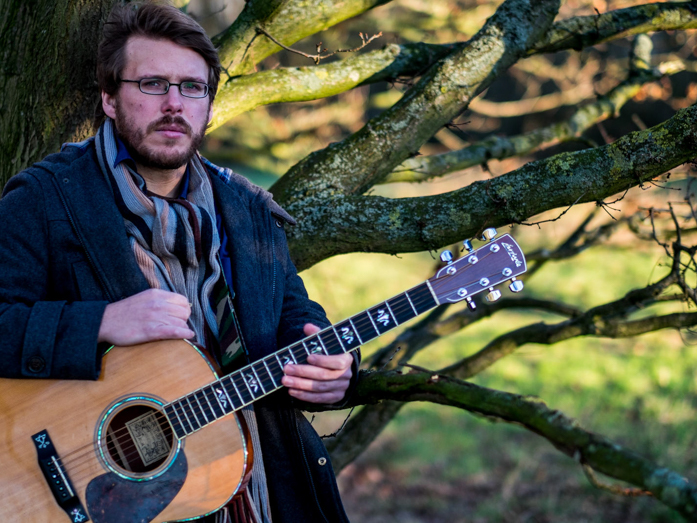 Littleborough Unplugged are acoustic music concerts featuring the best of national and international performers. These are held, from April to September, in the tiny Norman Church of St Nicholas, Littleborough (DN22 0HD); an acoustically and aesthetically excellent intimate venue. The concert proceeds support Britain’s historic architectural heritage via the Churches Conservation Trust. Appearing at Littleborough Unplugged on Friday 16th June are Dan Webster plus Joshua Burnell.

Dan Webster is a much-acclaimed singer-songwriter, his music is influenced by the sounds and story-telling traditions of American and British folk music. Americana UK described him as “a Hybrid of Damien Rice, Seth Lakeman and Tom McRae — as good as you’ll hear on any record out of Austin or Nashville — beautiful, a malleable mash of folk and country — 9/10”. Dan performed a full UK tour with Nashville’s Amelia White in 2016 as well as numerous appearances at summer festivals to great acclaim.

Live, Dan inspires attention; pulling you into his work with finely crafted melodies and lyrics — delivered with a powerful, and honest vocal. His previous album release, Diamond Land, received a number of plays on BBC Radio 2 and was well received critically in the press. His 2012 single release, Frank Dalton, was nominated for Fatea magazine’s track of the year. His latest release, The Tin Man, is the pinnacle of his work to date. It explores folk, country and rock and roll across the album, fusing these styles throughout the body of the work. Webster’s delivery sits perfectly within English folk and American styles through rock and roll to country/Americana and beyond.

Joshua Burnell supports. He is described as “A York-based musician and songwriter, for whom the title ‘minstrel’ is never more apt” (Sonic Bandwagon, 2016). Joshua Burnell, has shaken the world of folk with his epic fantasy ballads and fiddle tunes, bolstered with the swirling distortion of Hammond Organ.

Help preserve beautiful historic churches by spending an evening listening to great music. Tickets cost £10, or £8 if purchased 14 days in advance, and can be reserved by emailing roz@segelocum.co.uk or calling 07957 433215.