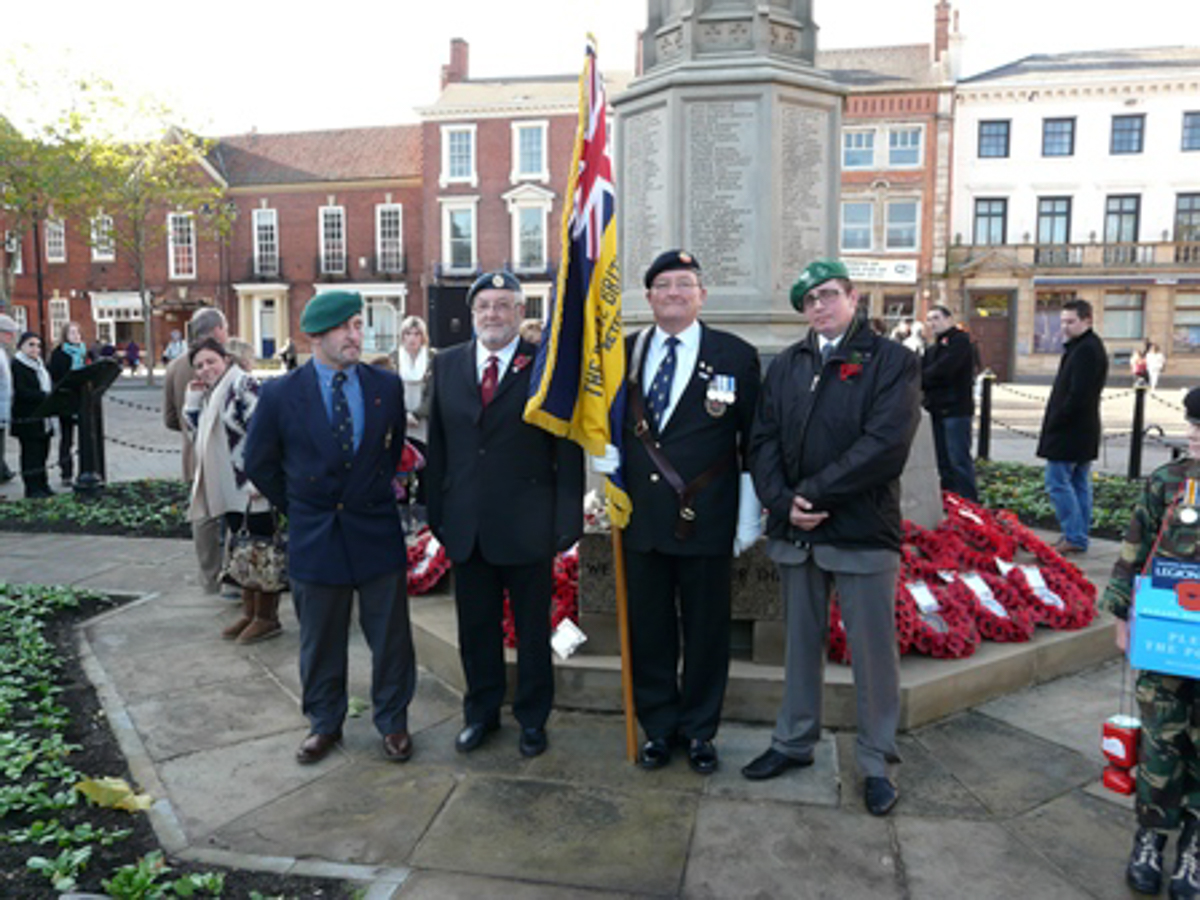 The Royal British Legion is celebrating the 100th anniversary of its founding this year. The British Legion was formed on 15th May 1921. It brought together four organisations that had formed in response to the difficulties experienced by those returning from WWI, either through physical or mental trauma, the widows and families coping with the loss of a loved one or the financial difficulties caused by the results of the war. Those organisations were: The National Association of Discharged Sailors and Soldiers, The British Federation of Discharged and Demobilized Sailors and Soldiers, The Comrades of The Great War and The Officers’ Association. Lord Haig, who had an active role in WWI, served as the president of the Legion until his death.
Retford and District Branch is also 100 years old this year, having been formed at a meeting at the Market Hall on Friday 14th October 1921. All local ex-servicemen were called to the meeting. Officers elected at the meeting were: president Colonel A E Whittaker, chairman Major Milner, vice chairman Captain J Woodward, hon secretary Mr J Whalmsley, hon treasurer Mr R F Long. The committee was made up of Messrs. H Hesketh, J M Levers, S Banks, Woodthorpe, G Carter, G Burton and T Stansfield. Mr Hesketh was also appointed as the branch delegate to attend a meeting in Nottingham the following day. The minimum subscription was set at 2s 6d per annum.
Information meetings were then held on Wednesday 7th December 1921 at The Comrades Club (22 The Square) and Thursday 8th December 1921 at the Ivy Leaf Club (Spa Common).
The Retford Times reported that for the Armistice in 1922 people were being asked to wear a Flanders Poppy under Earl Haigh’s appeal. The local appeal was organised by Maj. E Milner and Mr R F Long. It was reported that 30,000,000 Flanders poppies had been made to a design registered at the patent office and it was important that the poppies should be obtained through the official Earl Haig’s Appeal. In 1924 it was reported that locally the Poppy Day had raised £86 11s 0d. In the early days, poppy sales were only held on the Saturday prior to the Armistice.
In 1922 it was reported that the Retford Branch Headquarters had moved from 22 The Square to the Crown Hotel however Kelly’s Directory (held in the Library) shows The Comrades Club of the Great War Club Ltd., remained at 22 The Square at least until 1941. The lower part of the building was used as The food office post in WWII and by 1966 was The Ministry of Pensions and National Insurance. It is now Sinclairs and The Drawing Room.
Further Retford Times reports give an insight to the important work undertaken by the Legion. At the annual meeting of the local branch in 1927, it was reported that 39 ex-servicemen had been found food and lodgings, several others had been helped with cash or in kind and the railway fare had been paid for one family to Grimsby. Money from the Poppy Day and United Services Fund had enabled them to issue 101 food tickets at a cost of £39 18s and £9 10s had been spent on tools for two men to enable them to take jobs.
Other activities taken over time have been a football team and a band. Various fundraising activities are reported, including a masquerade and fancy dress carnival. The Retford and District branch has continued to thrive and is regularly commended for the way in which it is run (unfortunately, no football or instrument playing now).
In this special year, the branch are pleased to learn that Ann Hickman BEM has received national recognition for her tireless work for the Legion.
The British Legion acquired Royal in its title on 29th May 1971 in its 50th year, although it has always had Royal patronage.
The reason for the formation of The Royal British Legion remains as important today as it was in 1921. Remembrance and the support offered to the Armed Forces and their families remains at the fore. This commitment continues at both national and local level. The Legion continues to offer this support in these uncertain times and full information can be found on their website, www.britishlegion.org.uk. The helpline number is 0808 802 8080.