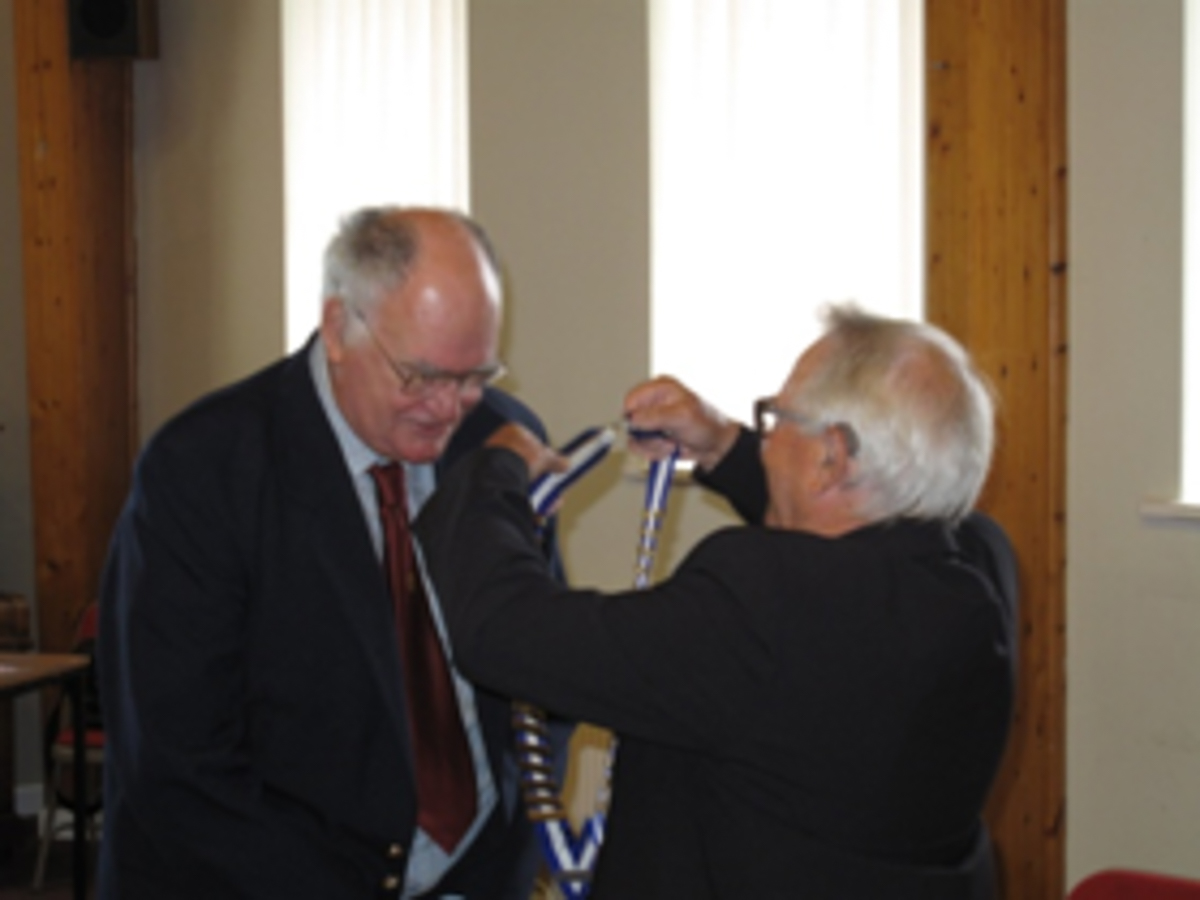 Retford Men’s Probus Club has been running since 1971. Their meetings take place at the Westhill Community Centre, Ordsall at 10.00am every other Friday. If you want to get involved, please see www.retfordmensprobusclub.org.uk.

President of the club Roy Evans spent all his working life from 1964 until 2016 working in Industrial Safety. He is qualified up to degree standard on General Safety, but for the last 20 years specialised in his first love, Fire Protection. Back in the 1960s Roy was a fireman in Watford, then worked as a trainer teaching retained fire fighters from Kent and Warwickshire how to maintain and use breathing apparatus. Working for the Chubb Group, Roy was seconded to the MOD in the late 1970s and until 1985 worked closely with various bodies and establishments in designing an ear defender, which would provide protection for about 80% of the MOD’s needs. This resulted in 1985 of orders for over 300,000 pairs of Ear Defenders, the design of which are still in use to this day.

Roy moved to Clarborough over 32 years ago, with his wife Kate. Both are heavily involved with Retford’s U3A, with Roy running both their Family and Military History groups. Roy was very pleased to be invited to be vice president last year, by both Bob Blatchford and George Teesdale, and so far has enjoyed his term as president.

Roy’s message at this time, is for all members and friends to have an optimistic New Year. Retford Men’s Probus Club meet every other Friday morning at Westhill Community Centre, in Ordsall at 10.00am. If you are interested in joining, please email secretary Dennis Beevers at dennis@denboy.plus.com and he will give you more details.