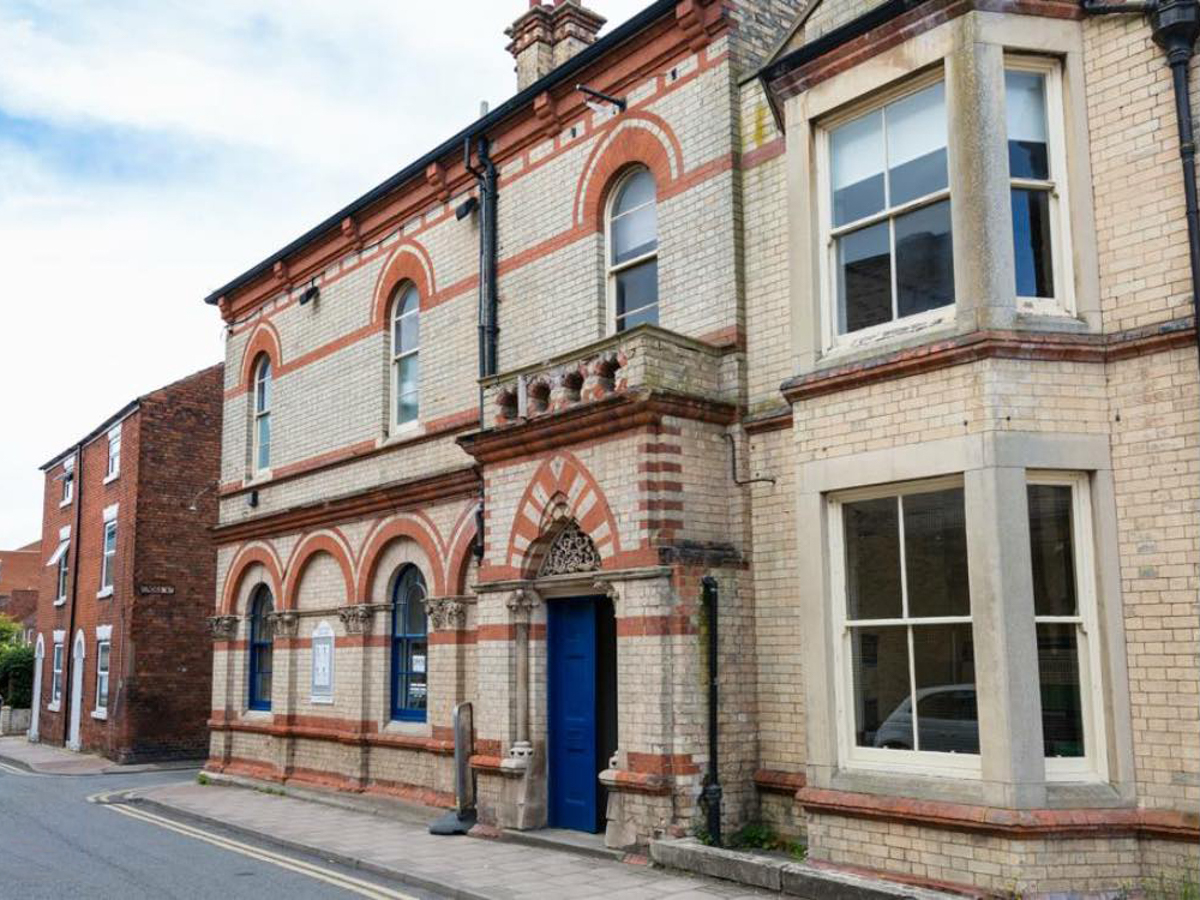 The Old Nick volunteers are very busy decorating and refurbishing the building ready for reopening, hopefully in the near future. The Old Nick is a theatre that has a bar and a tearoom in a building full of character and history situated in the heart of Gainsborough, just a stone’s throw from the Marshall’s Yard. It is one of the few remaining Victorian police stations in the country, with the original cells and outbuildings which were used for storing and maintaining the police vehicles. This police station was the first in the country to build separate cells for female prisoners, prior to which men, women and children, some as young as ten years old, were all incarcerated in the same cells.
The theatre is situated in the original court room where a mixture of productions are performed by their own Gainsborough Theatre Company (GTC) and by visiting and touring theatre companies. They regularly host ‘Teas and Tours’ – these are guided tours of the building for schools and other groups, such as the Women’s Institute, with a buffet supper to follow if requested. They also have rooms for hire and they can cater for family events, such as birthday celebrations, and formal functions for local groups who want to hold annual general meetings or other large attendance gatherings.
The Old Nick Paranormal group are planning to stage overnight vigils. Currently these will be for very small numbers of people due to the continuing Government restrictions as a result of the ongoing coronavirus situation. Tickets for these events will be just £20.00 per person. Details of these vigils can be found on the Old Nick Facebook page, where you can register your interest in attending an event.
In common with all other theatres and places of entertainment, The Old Nick’s financial situation has been hit hard by the forced lockdown, with no income yet bills still to be paid coupled with the likelihood that they will not be able to reopen for theatre performances for some months, possibly even not before the new year. Have you considered membership of the ‘Friends of the Old Nick’? It is only £10.00 per year and you get a number of benefits, including reduced price theatre tickets for GTC productions.
Do you have some free time, do you like to meeting new people and would you like to gain new skills which will look good on your CV? Then why not consider joining their friendly team of volunteers. They have a wide range of roles available, whether it be in hospitality, acting, maintenance or front of house and they would look forward to welcoming you. Call 01427 239387 for more details.