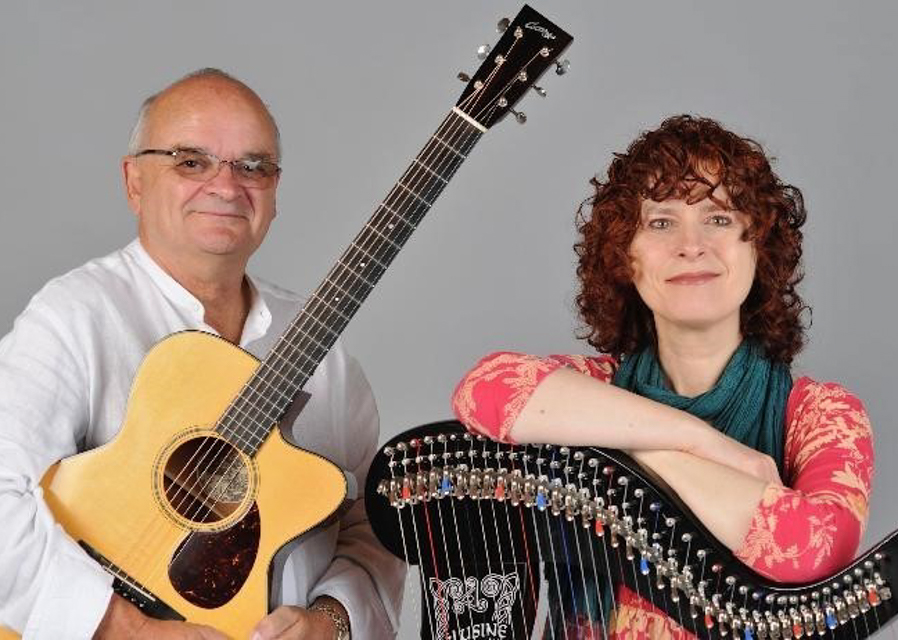 ‘The doyenne of Irish harpers’ comes to Kirton!

The Kirton in Lindsey Entertainment Organisation (KLEO) is bringing Irish harp and acoustic guitar playing at its best to the town, supported by North Lincolnshire’s Rural Touring scheme LIVELINCS.

It is on Saturday 12th November at 7.30pm in the Town Hall when Maire Ni Chathasaigh and Chris Newman are performing.
This celebrated partnership of ‘one of the UK’s most staggering and influential acoustic guitarists’ Chris Newman with ‘the doyenne of Irish harpers’ Maire Ni Chathasaigh has presented its unique musical vision in 22 countries on five continents to venues ranging from the tiniest of village halls to palaces in Kyoto and Istanbul, London’s Barbican and Sydney Town Hall.
Chris has toured and recorded with many luminaries of the folk and jazz worlds, among them Boys of the Lough, Aly Bain, Diz Disley and Stephane Grappeli, and Maire is a recipient of Irish music’s most prestigious award, Traditional Musician of the Year.

Contact Martin on 01652 648435 or email at m.hollingsworth205@btinternet.com for more information or to book tickets.