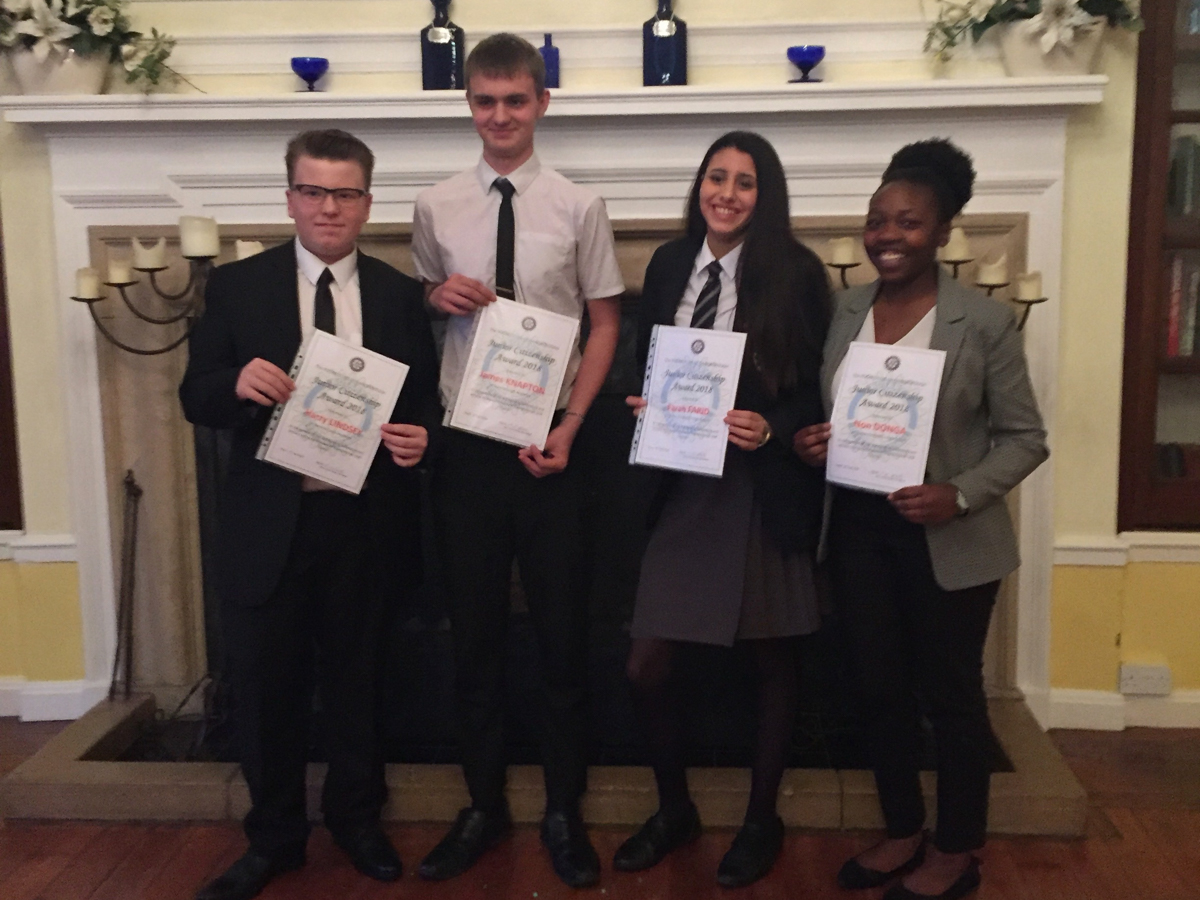 On Wednesday 25th April, Gainsborough Rotary Club held its annual Citizenship Presentation awards. Every year, young people from Gainsborough schools are nominated by their teachers for their particular award. Pupils from two schools were presented with their certificates and book tokens by the club in recognition of their efforts in the community. The club also gives out an award to a townsperson who by their efforts has contributed much to the furtherance of well-being in the town and the promotion of the town’s many sources of entertainment for visitors as well as local residents.

This year awards were presented to Farah Farid and Non Donga, both from Queen Elizabeth’s High School (QEHS), and Harry Lindsay and James Knapton, both from The Gainsborough Academy (TGA). They were accompanied by teachers from their respective schools — Neil Allen from QEHS and Mark Szostak from TGA.

Eleanor Bowker received the award in the senior category for all the good work she has done — and is continuing to do — with The Old Nick Theatre. It is a venture that is ongoing and worthy of its place in the town and a help in its future.
The club offers its congratulations to all of those who received an award and looks forward to 2019 when the awards are next presented.