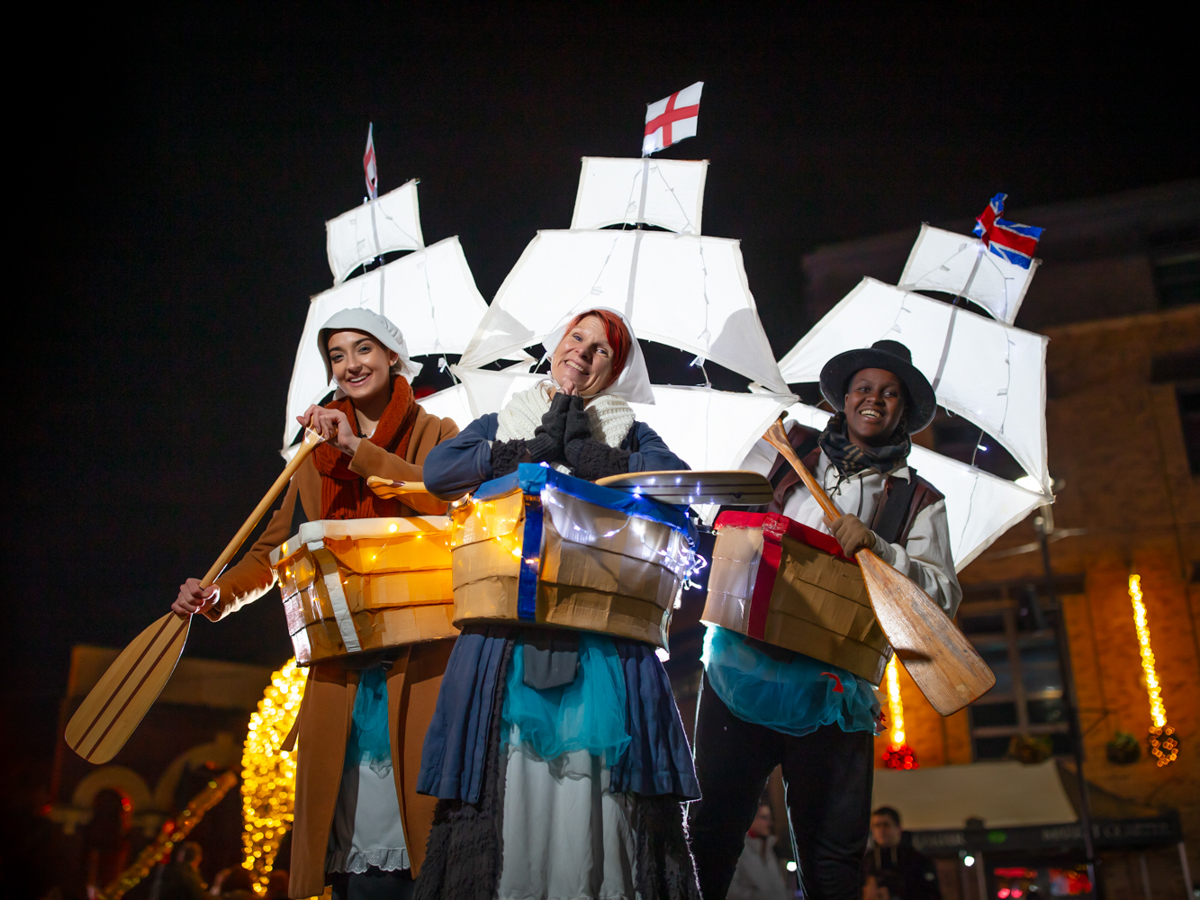 The town centre was a sight to behold as record numbers lit up the streets of Gainsborough with their colourfully decorated handmade lanterns in November. More than 300 people joined the mesmerising Illuminate Parade.
Starting at the United Reformed Church, community groups, young people and families paraded through the town with an impressive array of lanterns, before watching a spectacular light projection show onto the walls of Gainsborough Old Hall.

Beth Evans from 2nd Gainsborough Guides joined the parade. She said: “We made our lanterns with artist Julie Willoughby and this is our second year of doing this. It’s been a lovely event and there has been some stunning lanterns. We are already starting to plan for next year.”
Pam Craig brought both her two children, to the event, Eloise and Reece who created his candle lantern at Connexions in the town. She said: “It’s been absolutely amazing and it’s lovely to see a lot of people.”

This year’s parade highlights the opening of the was particularly special as it marked the start of the commemorative 400th year since the Mayflower first set sail, an important historical moment for communities in the UK, US and the Netherlands. It was in our region that Separatists formed their ideas. The parade is inspired by the words of leading Separatist William Bradford: ‘As one small candle may light a thousand, so the light here kindled hath shone unto many.’

Thanks to a £100,000 grant from Arts Council England, the parade this year was biggest and best yet. Anna Scott, Mayflower 400 Officer at West Lindsey District Council, said: “We’re really pleased to have worked with schools and community groups in and around Gainsborough to prepare for the parade. This year we’ve made candle lanterns with professional artists, featuring the names of the 102 Mayflower passengers.”
An exciting programme of events has been planned for the next 12 months, which was launched during the parade. It will offer an engaging, educational and insightful range of activities throughout 2020 for local residents and visitors alike.
Events include:

Gainsborough’s Mayflower Cultural Programme is supported by Gainsborough Town Council and a range of other local partners. Discover the exciting Mayflower 400 programme of events by visiting www.discovergainsborough.com/pilgrim-roots.