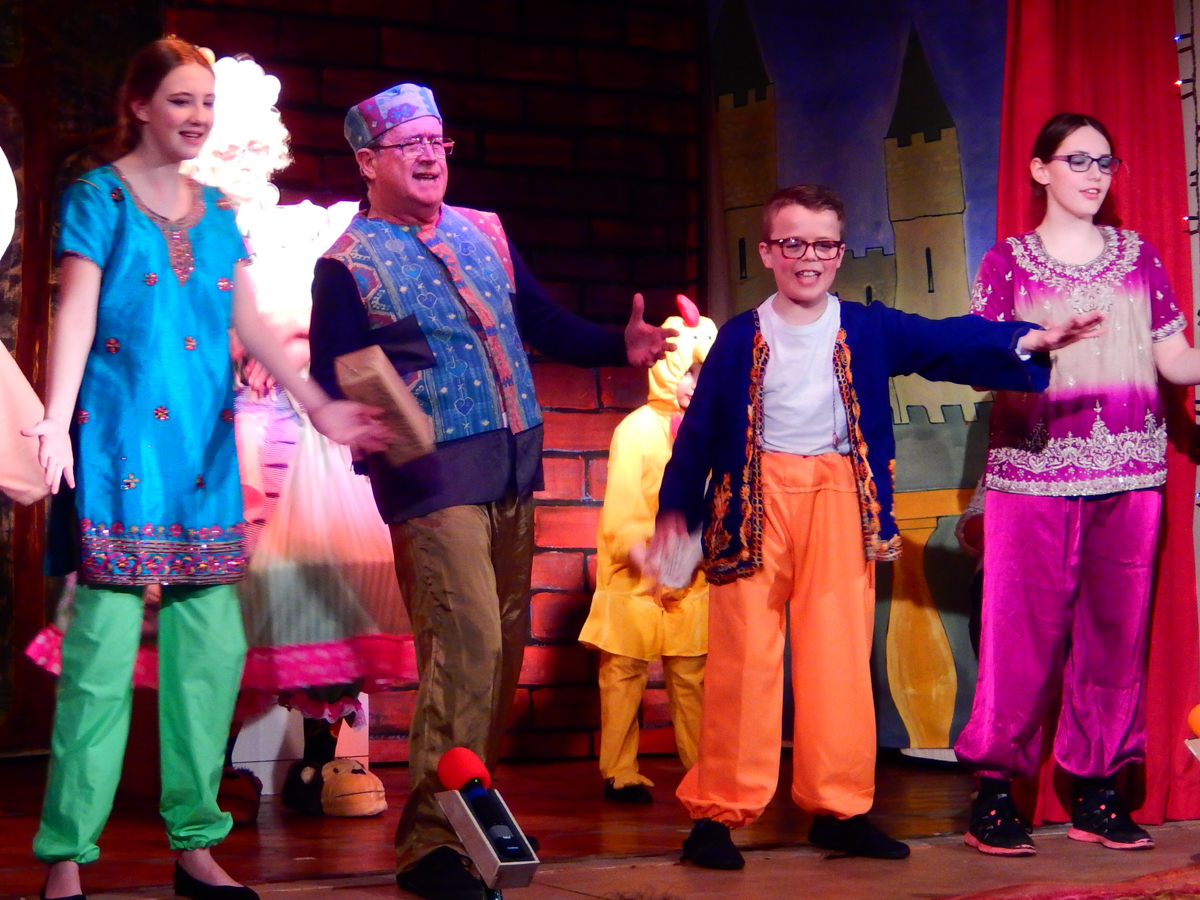 West Stockwith Players’ pantomime was a sell-out for each of their three performances in January. The Players’ unique version of Aladdin aimed to be another great family attraction — and audiences weren’t disappointed. Panto dame, Widow Twankey (played by Jon Richardson) got rounds of applause but it was Abanazar (Donna Marsh) that got the boos and hisses. Star of the show was Aladdin (Michael Bird) with his friends (Al’s pals were Adrian Candler-Preston, Honor Argall, Seth Swindon, and Emily Bower).

The Genie of the Lamp (Pearl Richardson) was another of the 25 parts that gave scope for plenty of involvement by the young and no-so-young. Audience participation always features in West Stockwith pantos — this year, Diane Eusman, teaching assistant at Misterton School, and Geoff Houchin, former Chair of West Stockwith Parish Council, were among the ‘victims’. Many thanks to all those who supported the local event — and to the Players and all the production team (especially those working behind-the-scenes) for yet another not-to-be missed family performance.