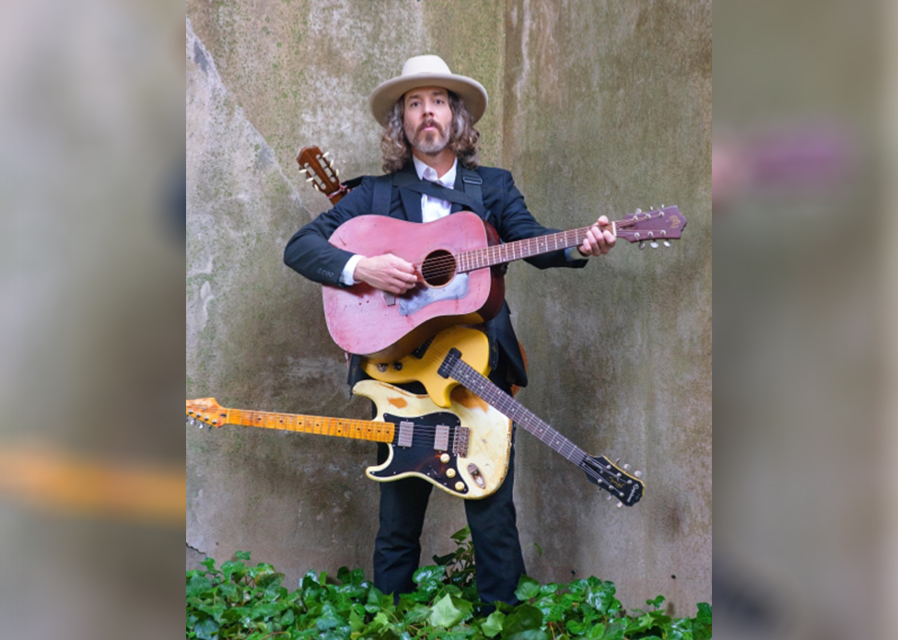 On Saturday 4th June at St Saviour’s Community Centre, Retford, Pies, Peas and Performances are looking forward to welcoming back Ryan Hamilton. Ryan was brilliant last time and that’s why he’s coming back! Doors open at 6.30pm with pies served immediately, and the show to start at 7.45pm. Tickets cost £15.00 (available from More Than Flowers, Wonderland Bookshop or www.wegottickets.com). Bring your own drinks.

Described simply as ‘just fantastic’ by Adam Duritz of Counting Crows, Ryan Hamilton has been hailed by Spin magazine as one of the ‘35 best lesser known artists of the last 35 years’.

Based near Fort Worth, Texas, the singer / songwriter released his first solo album, the critically acclaimed ‘Hell of a Day’, back in 2015. Prior to this, Ryan had experienced success across North America and Canada with former band Smile Smile.
Ryan signed to Stevie Van Zandt’s ‘Wicked Cool’ label in June 2018 and enjoyed a sold-out tour of the UK supporting The Alarm.

Multiple successful albums and tours followed, and his latest album ‘1221’ was released in November 2021 and went straight into the Top 10 Indie Albums on the Official UK Charts. 1221 is also the very first Wicked Cool release to be selected as an Official Record Store Day title, the exclusive vinyl edition coming in April 2022.
Follow Ryan at www.ryanhamiltonmusic.com.