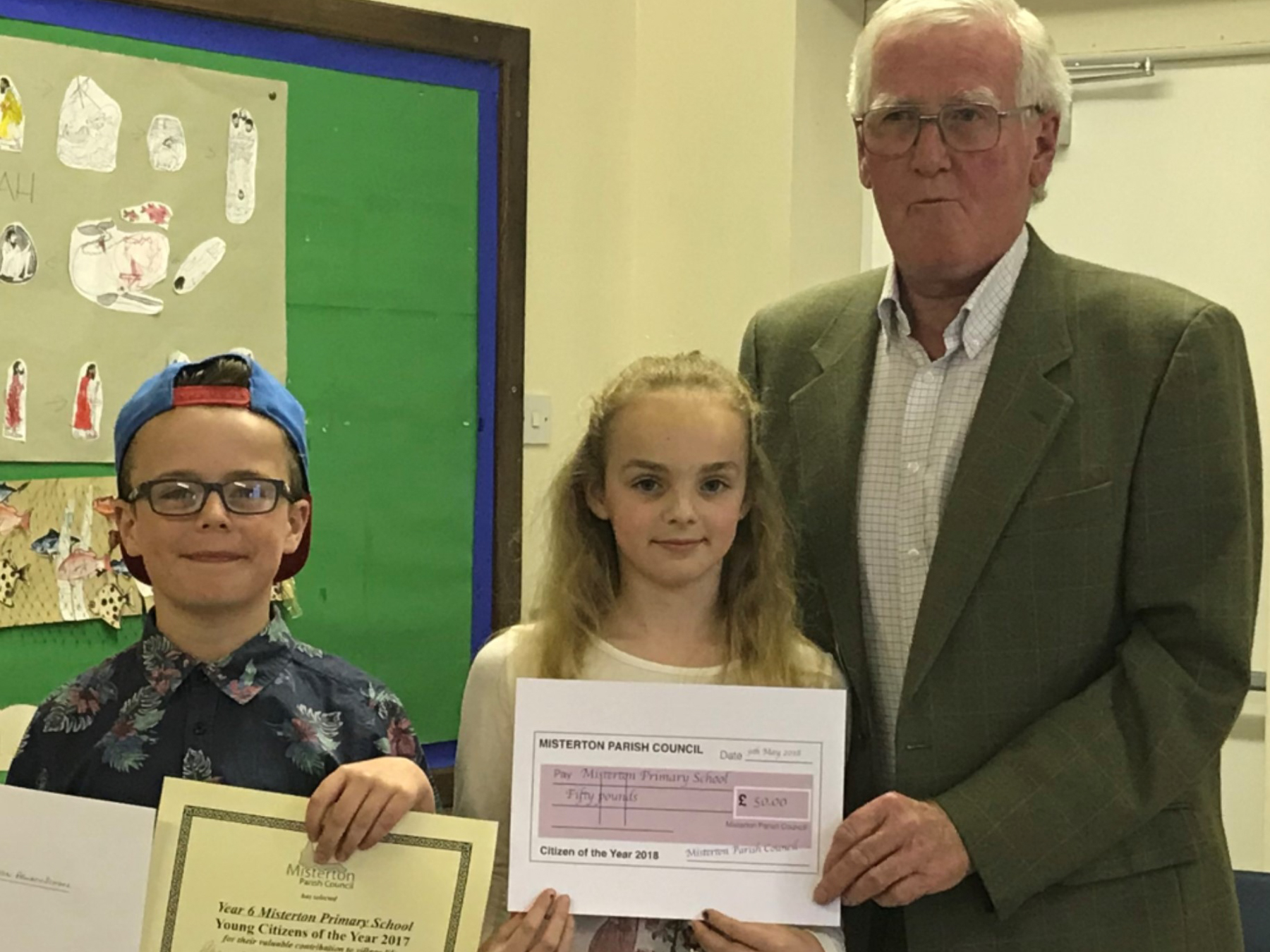 Misterton Parish Council made awards to its Citizens of the Year in May. Every year, the council invites nominations for the awards — one for adults and one for the under-18s — to recognise their efforts on behalf of the community the previous year.

This year, the adult award went to Mick Darley for his efforts on behalf of Bassetlaw Hospice and its patients. The under-18s award went to Year 6 at Misterton Primary School. Pupils had worked with North Notts Lions to produce a promotional video about the Lions programme to restore sight to visually-impaired people across the globe.