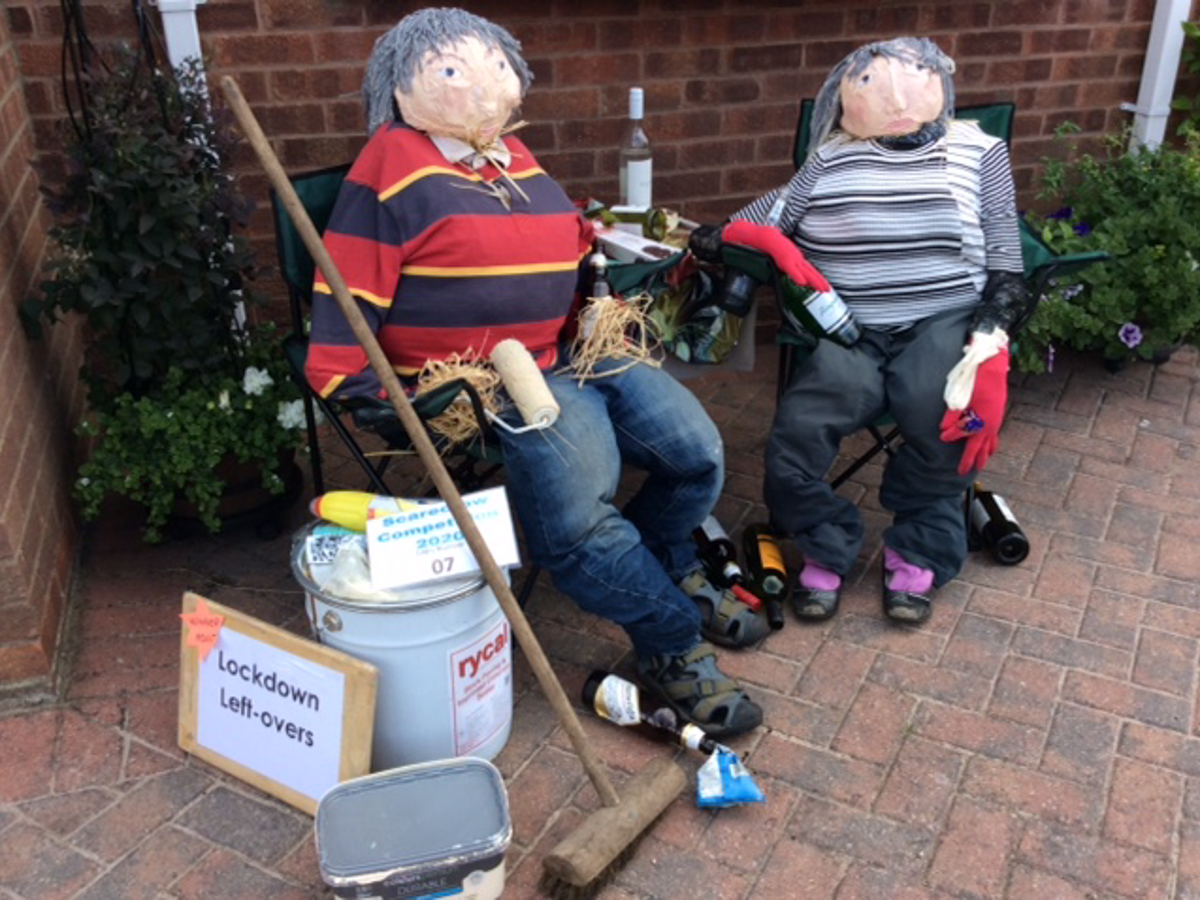 They weren’t able to hold the usual Morton Feast festivities in July, but the parish decided that they could still award the Plowright Cup for the best front garden, and a Scarecrow Competition which has always been very popular and would cheer people up. More than 200 copies of the scarecrow trail were collected so there must have been several hundred people strolling around the village admiring this year’s brilliant display.
The winner of the Garden Cup was Mr Howard Fields, of North Street. His garden has impressive rock gardens and beautiful hanging baskets and tubs, while the second place garden belonged to Steve and Sarah Melbourne of 1 West Street and the third garden is designed by Helen and Darren Mellors of 3 North Street.
The scarecrows are all packed away until next year now, but were all much admired and appreciated and it was difficult to decide on the winners. First place in the adult category was ‘Lockdown Leftovers’, an amusing topical entry made by Pam and Anthony Chapman, with second place going to ‘Mr McGregor’ the farmer made by Danielle Bradford. Third place went to ‘Dorothy’ on her yellow brick road, made by Jayne Cawley.
The family and group category was won by Connie McKenna and family with ‘Jack and the Beanstalk’, which had Jack climbing from the garden to the second floor window. Second place was ‘A family of four’, a collection of scarecrows depicting the family of Nicola Jones. Another collection of scarecrows was in third place, an amusing and impressive display of ‘Scouts and Guides’ made by Scouts and Guides in the area.