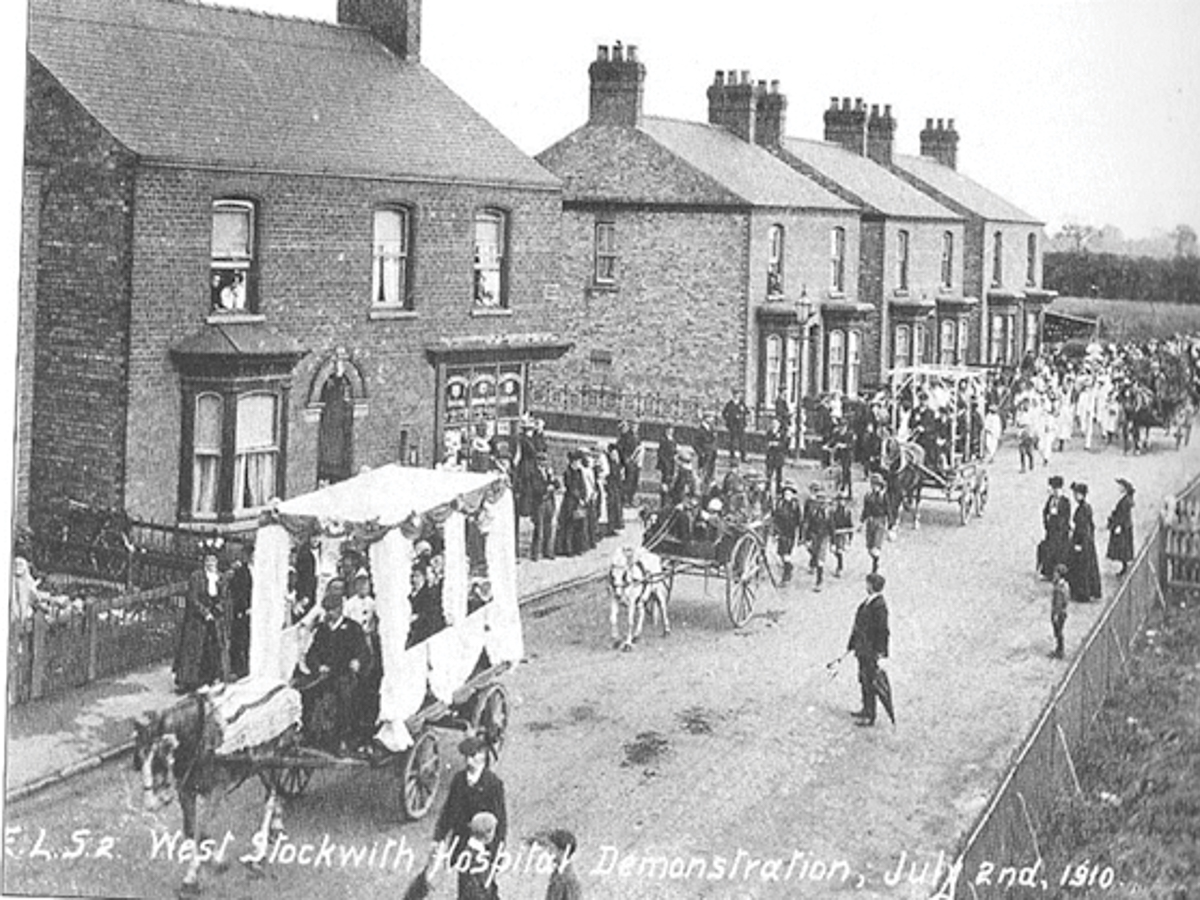 David Seymour takes a look at life in Misterton and West Stockwith before the Great War.

The beginning of the 20th century, largely coinciding with the Edwardian Period between 1901 and 1910, marked the most prosperous and creative time in the history of Misterton and West Stockwith. There was a housing boom, new public buildings, Misterton’s first ‘supermarket’, the Co-operative opened in 1904, lots of other local shops and businesses, full employment in agriculture, local brickworks, canal and river trade and developing local industries like Morris’ Chemical Works, Newell’s Engineering Works and Aldam’s Brass and Iron Foundry

Morris’ Works, on the west bank of the River Trent between Misterton and West Stockwith, employed over 300 men locally and three women, two sisters as typists and one office cleaner! Miss Emilie Longstaff of West Stockwith was employed by Newell’s as its European Manager, speaking both French and German on the telephone (Newell’s telephone number was Misterton 11!) to customers across Europe. She travelled to work daily on her motor cycle. Thomas Spencer was building cars in Misterton; the area had a national reputation for celery production, and the three local industries all had an international clientele.

Traditional life continued with people trying to live their lives as they had for years. Laurie Lee in Cider With Rosie, commented on how the rhythm of life continued as it had for generations: The horse was king, and almost everything grew around him: fodder, smithies, stables, paddocks, distances and the rhythm of our days. His eight miles an hour was the limit of our movements, as it had been since the days of the Romans. That eight miles an hour was life and death, the size of our world, our prison…Then, to the scream of the horse, the change began. The brass-lamped motor car came coughing up the road. Soon the village would break, dissolve and scatter, become no more than a place for pensioners.

A period of peace and prosperity seemed to herald in the 20th century. The rhythm of life was still dominated by the farming and religious calendar, not an idyllic life by any stretch of the imagination (illness and death were never far away and daily life, by modern standards, was very hard) but it was a lifestyle that was secure, known, certain. And yet just 20 years later, the promise seemed broken. Local scandals and disasters, the First World War and unemployment and economic depression all contributed to a change in the early optimism of the 20th century, a change reflected in local village society. Feelings of progress and prosperity that marked the end of the Victorian era in the local communities were replaced by a pessimism and economic depression that seemed to grip the whole country and most of the Western World by the 1930s.

The Edwardian Period seemed to mark a watershed between the old rural way of life, where the communities were largely self-sufficient, confident and thriving to a more modern lifestyle where international events, new technologies and national legislation seemed to impact more and more into the lives of people in Misterton and West Stockwith. At the start of the 20th century, Britain was still a horse-drawn society. It has been estimated that there were about three and a quarter million horses at work in Britain in 1901. About half of these were used on farms, but over a million were used commercially, to pull goods traffic, buses and trams or hackney carriages for hire. More goods were delivered by horse — an estimated 671 million tons — than by rail. But the Great War also marked a watershed in the use of horses in British life. Of the million horses sent overseas to help with the war effort, only 62,000 returned home. This is a forgotten tragedy of the Great War — a conflict that pitched as many animals into the line of fire as it did humans. The sheer scale of the logistical operation to ferry the horses to France and then keep them fed and watered is unimaginable today. A nation which had depended on horsepower in farms and cities up until 1914 lost many of its workhorses to the front and had to find mechanised alternatives. By 1918, there was no going back. Companies like Marshalls of Gainsborough benefitted from this sea change in British rural life, producing a range of steam-powered agricultural machinery, including tractors and threshing machines.

The four books, all published this year after several years of research are:

All the books are in A4 format, some 200 pages long and priced at £12.00 each. The first three books in the series are available from David Seymour in Misterton, contact seymoursam@hotmail.com or 07952 544604 for more details.
The initial idea for one book came from the Misterton War Memorial outside All Saints Church in the village. On the memorial are the names of 23 local people who were killed in the First World War, including, unusually, one woman, Nurse Kitty Jollands. David wanted to tell their stories as a lasting tribute and memorial to their sacrifice. As the research developed, the idea also developed into not one but four books with the titles inspired by Rupert Brooke’s poem, The Soldier.