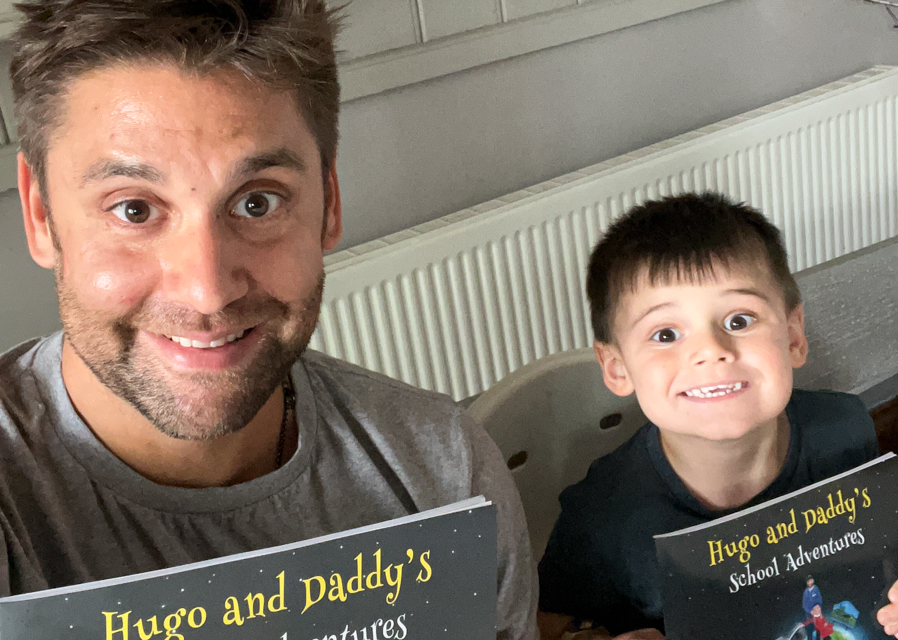 Ric Hart, who lost his wife Jade shortly after she gave birth to their son, Hugo, in July 2018 at Bassetlaw Hospital, has become a well-known book author over the last two years. Within a year of losing Jade, Ric ran a marathon in her memory. Then he turned to writing and poetry at the start of the pandemic in 2020 to help him through his grief. In the last two years, Ric has published four children’s bereavement books, which form the ‘Hugo and Daddy’s’ series. His fifth and final children’s book, ‘Hugo and Daddy’s School Adventures’, was published on 1st September.

Now four, Hugo started primary school in September. Ric is excited; launching his final children’s book marks a milestone for him, and for Hugo. The net proceeds of the book will be given to Misterton Primary School.

Ric comments: “I had one goal and that was to shout to the world about Jade and share the very special person she was. We all have goals in life: before July 2018, I had business goals; after July 2018, I knew I would have grief goals and wanted to do something that would light me up inside but also stay here forever. Writing was my answer.

“Being now at this point after the inquest into Jade’s death and releasing Hugo’s final children’s book, I think this grief goal has been achieved and I’m so proud. What this does inside me is amazing.”

With this lasting legacy, Ric hopes that, one day, Hugo will read these books to his own grandchildren. He added: “I’ve left a legacy for Jade, myself, and also for Hugo to carry forward throughout his life and I’m so proud of that. I know my journey through writing will spark strength, confidence, and hope throughout Hugo’s life. One day whenever he’s lost, worried, unsure, I hope what I did will inspire him to become an amazing person as he grows older.”

Illustrated by Jacqueline Tee, who has worked with Ric on his other titles, Hugo and Daddy’s School Adventures is published by Grosvenor House and is available from Amazon.