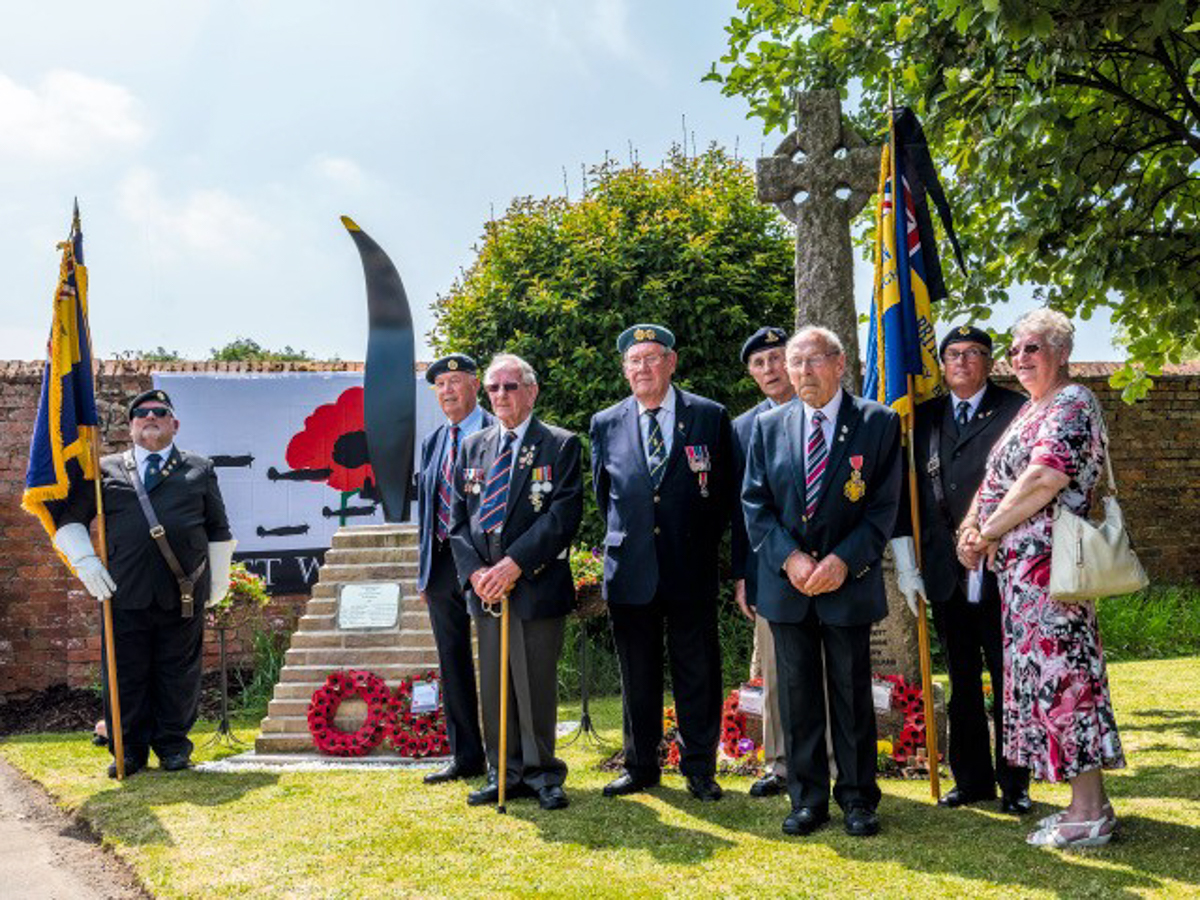 The village of East Stockwith held a memorial and dedication service on Sunday 10th June, to dedicate a new war memorial monument to the seven crewmen of Lancaster ME323-PH-P, which crashed into the fields at East Stockwith in the early hours of the morning 5th March 1945, killing all seven crewmen. The Lancaster was shot down on a training flight after exchanging fire with a Junkers 88.

The memorial has been constructed incorporating one of the propeller blades from the stricken Lancaster, which was unearthed by local farmers Barratts, who gifted the blade to the village. The parish council then became involved, resulting in the new memorial and dedication service.

The service was attended by up to 200 local residents and friends and was followed by a buffet in a marquee a short walk from the memorial. The service was conducted by Reverend Briscoe.

A small booklet outlining the event, place of birth and burial was given out to all those who attended.