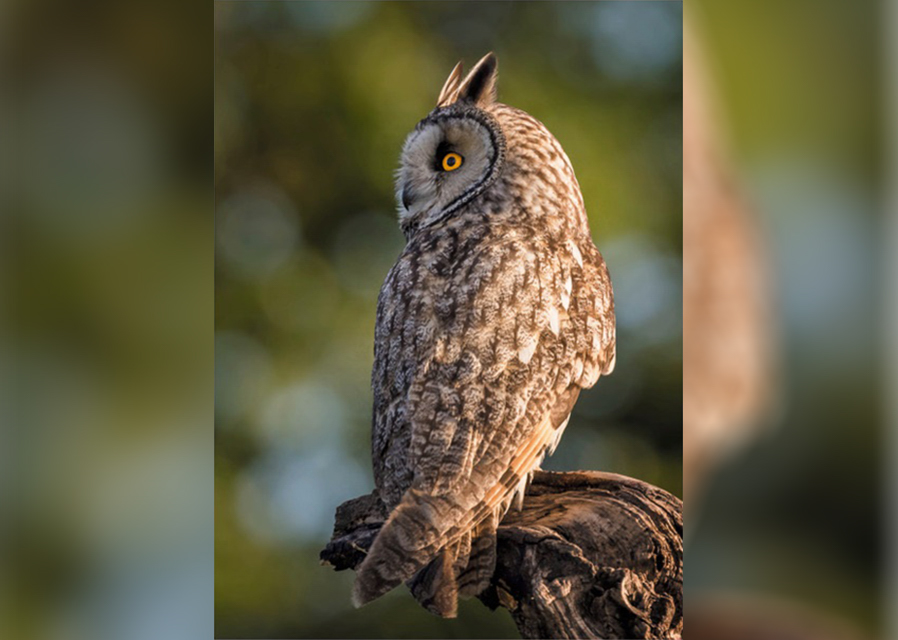 Des Lloyd’s recent talk to the Gainsborough Branch of the Lincolnshire Wildlife Trust was illustrated with photographs taken locally during and after lockdown, with all the constraints that it entailed.

The group was treated to a stunning sequence of birds that visit Des’ garden – close-up images of, among many others, great, blue, coal and longtailed tits, revealing how handsome these birds really are, common though they be.

On his local patch there had been a decline in wildlife, particularly hares, but Des had some brilliant images – and of birds such as skylarks and yellowhammers, rarely seen close up. As regulations eased, he concentrated on a nearby field that had lain fallow for some years. From his hide set up in the long grass about 40 metres from the hedgerow to one side, he patiently waited to see what came near, after his initial visits suggested that foxes were present in that area of hedgerow and possibly barn owls were quartering the fields and nearby drainage dykes.

Patience was richly rewarded – the warren housed a family of foxes, and one by one they posed unknowingly for a splendid series of photos. To Des’ amazement owls too found the hide a convenient perch, firstly a barn owl, presumably attracted by the rich pickings in the fallow field – so he set up a perching post about 20 metres from the hide. He was soon rewarded with a barn owl which became a regular visitor. Kestrels were seen in the area; an old tree stump was set up as a feeding station for them. They visited on an infrequent basis but allowed some good photo opportunities. The greatest prize was a long-eared owl.

Once he could, Des ventured further afield and shared his shots of a black browed albatross which turned up off the Yorkshire coast – a very long way from its usual haunts in the Southern hemisphere. It has an eight-foot wingspan.
The final sequence focused on a brood of kingfishers which Des watched for 35 days from hatching to fledging. Members would like to thank Des for putting together a wonderful evening.