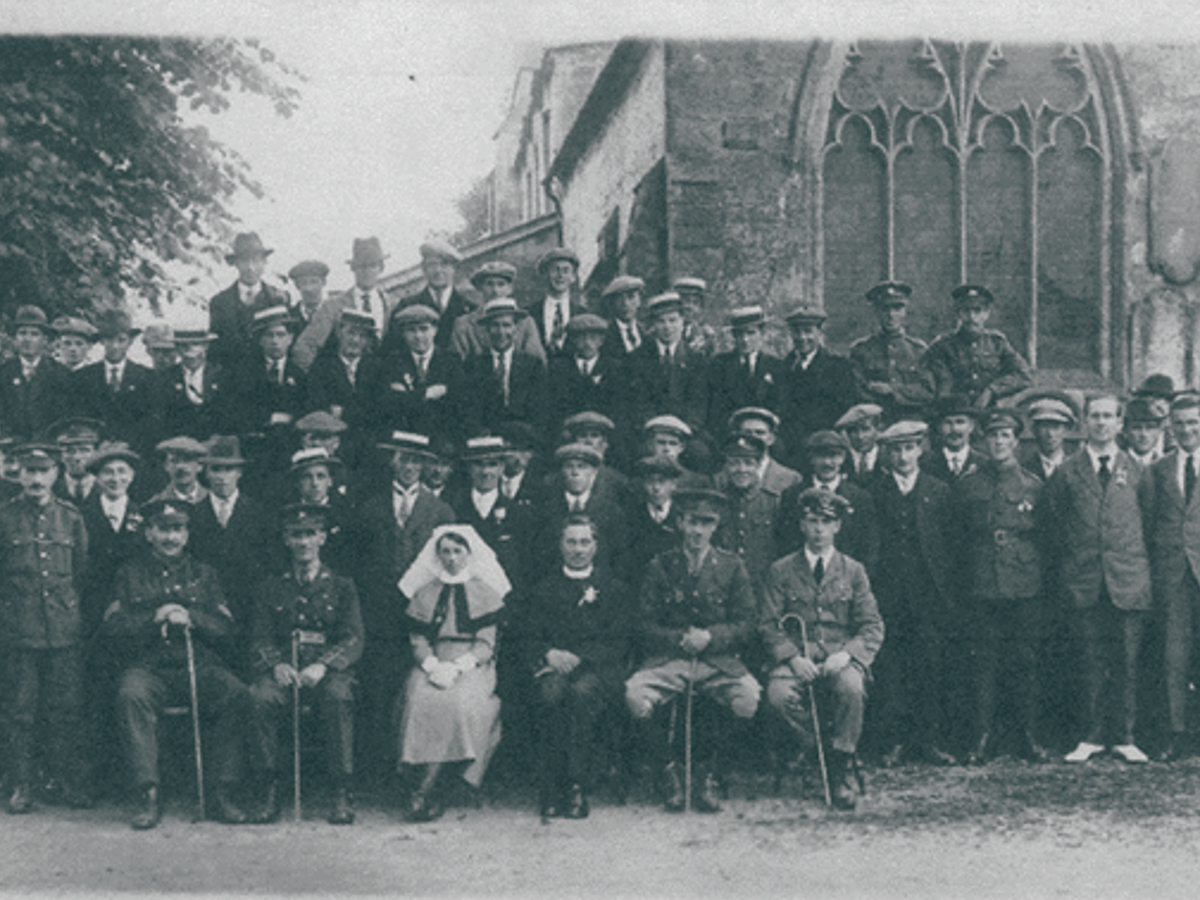 David Seymour takes a look at life in Misterton and West Stockwith during the Great War. On 14th August 1914, the 1st Battalion Lincolnshire Regiment was mobilised for war, including the call-up of all reservists which saw John Cook and Charles Clark departing for France. They landed at Le Havre, from where the Division was engaged in various actions on the Western Front including: the Battle of Mons and subsequent retreat, the Battle of Le Cateau, the Battle of the Marne where John was killed and the Battle of the Aisne where Charles was killed.

John Cook and Charles Clark, both of West Stockwith, were with the British Expeditionary Force (BEF) during the early war of movement in August and September 1914. They were killed within a week of each other in early September as the BEF halted the German advance on Paris and both sides dug in for an attritional war. Sadly, there is also evidence that not only was John Cook the first local casualty of the conflict but that he was killed by his own side in an action that was part of the Battle of the Marne in September 1914. Charles Clark died a week later at the Battle of the Aisne.

The early weeks of the war were much different from the trench warfare that evolved by the late autumn of 1914 and which was to last for four years on the Western Front. John Cook and Charles Clark experienced a war of movement, open battles, lots of marching and lack of food and water. They would have seen cavalry charges; the shooting down of a German ‘plane; the first shots of the war; villagers welcoming them into their communities as saviours and helping the troops to build barricades; route marches through picturesque countryside in near tropical heat and sunshine; scrambling retreats at night in thunderstorms across fields planted with sugar beet, and a leadership trying to make sense of the military situation.

John Cook’s elderly father in West Stockwith had known tragedy before, another son dying as a result of action in the Boer War in 1900.

Two Nursing Sisters from Misterton
The first casualty from Misterton was unusual in that it was a woman, Nurse Kitty Jollands, who died of double pneumonia whilst nursing soldiers at Fir Vale Hospital in Sheffield. The war memorial in Misterton commemorates Kitty, one of the few memorials in the country that has the name of a woman remembered as a casualty of the First World War.

Kitty and her sister Nan were both nursing at Fir Vale in Sheffield when Kitty died. She was just 21 years of age, the daughter of a local farm manager. Her death was reported:

A NURSE’S DEATH
“Much sympathy felt with Mr Mark Jollands and his family in the loss of his daughter Katherine, who was engaged on the nursing staff of the hospital at Firvale House, Sheffield. The young lady was taken ill about a week ago with pneumonia to which she succumbed last Thursday to the great regret of a wide circle of friends. Last Saturday, at the institution chapel, an impressive service was held, conducted by the Rev. L. E. Day, Vicar of St Cuthbert’s, Firvale and was attended by a number of relatives, representative of the Sheffield Board of Guardians, the medical superintendant, his deputy and assistant, the steward, matron and staff of the hospital. Afterwards the cortege was conducted to the gates of the Firvale Hospital by the Rev. L. E. Day, the medical staff, male officers, and a number of wounded soldiers before the journey was made to Misterton, where the family of the deceased reside. The funeral took place on Tuesday. The first portion of the service was taken at the Primitive Methodist Chapel, and was conducted by the Rev. A. Baldwin. A large number of local people turned out to show their respect and sympathy towards the bereaved. The Rev. L. E. Day took a part in the final portion of the service at the cemetery. A great mass of floral tributes were sent by friends in the locality, at Retford and Lincoln, in addition to those from Sheffield sent by the domestic staff, the nursing staff, and the wounded soldiers at the hospital. Nurse Jollands was only 21 years of age.”

Nan Jollands went on to nurse at Casualty Clearing Stations on the Western Front for the next four years, taking care of all manner of casualties from the nearby carnage. She survived the war and is seen on the photograph of other returning combatants in front of All Saints Church, Misterton in 1919. Nan became a school nurse in Nottinghamshire but sadly for the Jollands family, she died of tuberculosis just four years later, aged just 31. She was buried in the same grave as her sister in Haxey Road cemetery.

This second article about Misterton, West Stockwith and the First World War is taken from the second of David Seymour’s four books about the two villages in The Great War, If I Should Die. The book covers the opening gambits of the conflict with the first two local casualties both being reservists in the 1st Lincolnshire Regiment.

More detailed stories about John Cook, Charles Clark, Kitty Jollands, Nan Jollands and other local combatants are contained in David’s first three books about Misterton, West Stockwith and The Great War: Suns of Home, If I Should Die and A Foreign Field. The fourth and last book in the series, Hearts At Peace will be available in November. All are about 200 pages long and contain lots of photographs and primary source material. They are available from David Seymour in Misterton at just £12.00 each. You can contact David at seymoursam@hotmail.com or on 07952 544604.