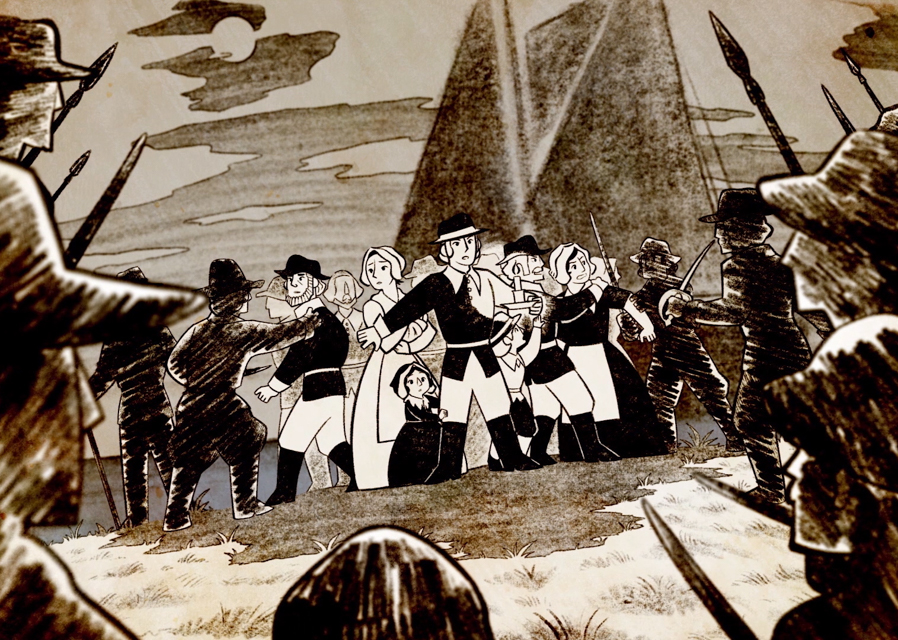 Illuminate event to light up Gainsborough this November!

Local residents are invited to attend the final event to commemorate the 400th anniversary of the Mayflower story this autumn.

A special Illuminate event involving lanterns, performers, music, projections, an arts trail, and a spectacular fire garden will bring to an end the commemorations in the town, 400 years after the Pilgrims’ first Thanksgiving in America.

Last year’s event went online due to the coronavirus outbreak, but this November the 400th anniversary event brings people back together to look back on the story of the Separatists’ journey to America in 1620. Many leading Separatists on the Mayflower, who later became known as the Pilgrims, came from the Nottinghamshire and Lincolnshire region.

The event takes place at Gainsborough Old Hall and All Saints’ Parish Church throughout the evening on Saturday 13th November, from 6.00pm onwards. A specially commissioned Pilgrim story will be projected onto the walls of the Hall and will be repeated at regular intervals throughout the evening. At the same time, fire sculptures and performers will dance and entertain visitors in the grounds of the Old Hall and the adjacent church.

Audiences can join in by taking along their own candle lantern and following a self-led ‘Pilgrims Survival’ arts trail around Gainsborough’s historic quarter. Gainsborough Choral Society will perform David Fawcett’s new choral work, ‘A Sure Refuge’ at a concert in the Parish Church at 7.30pm.

This year’s theme is ‘Thanksgiving’, on the 400th anniversary of the Pilgrim’s first Thanksgiving in America after their first year at Plymouth colony. Everyone is invited to take part by making their own LED lit lanterns and candles at home using ideas from an online toolkit or by collecting a free kit, and including a message to say what they are thankful for. You can then take them to the Illuminate event, adding more colour and light to the commemorations.

For ideas and details about kits for making your own lantern and what’s happening on the night, visit www.discovergainsborough.com/illuminate2021.

You can also take part in Illuminate online on Thursday 25th November (the date of Thanksgiving): take a photo of your candle at home and share it on social media using hashtag #OneSmallCandle.

This year’s Illuminate is the culmination of work developed over the last five years, following the creation of the new partnerships and funding awards. Gainsborough’s cultural programme of events and activities has been made possible thanks to a £100,000 grant from Arts Council England to West Lindsey District Council.

More details about what’s planned for 13th November will be shared over the coming weeks through West Lindsey District Council and Discover Gainsborough social media channels.