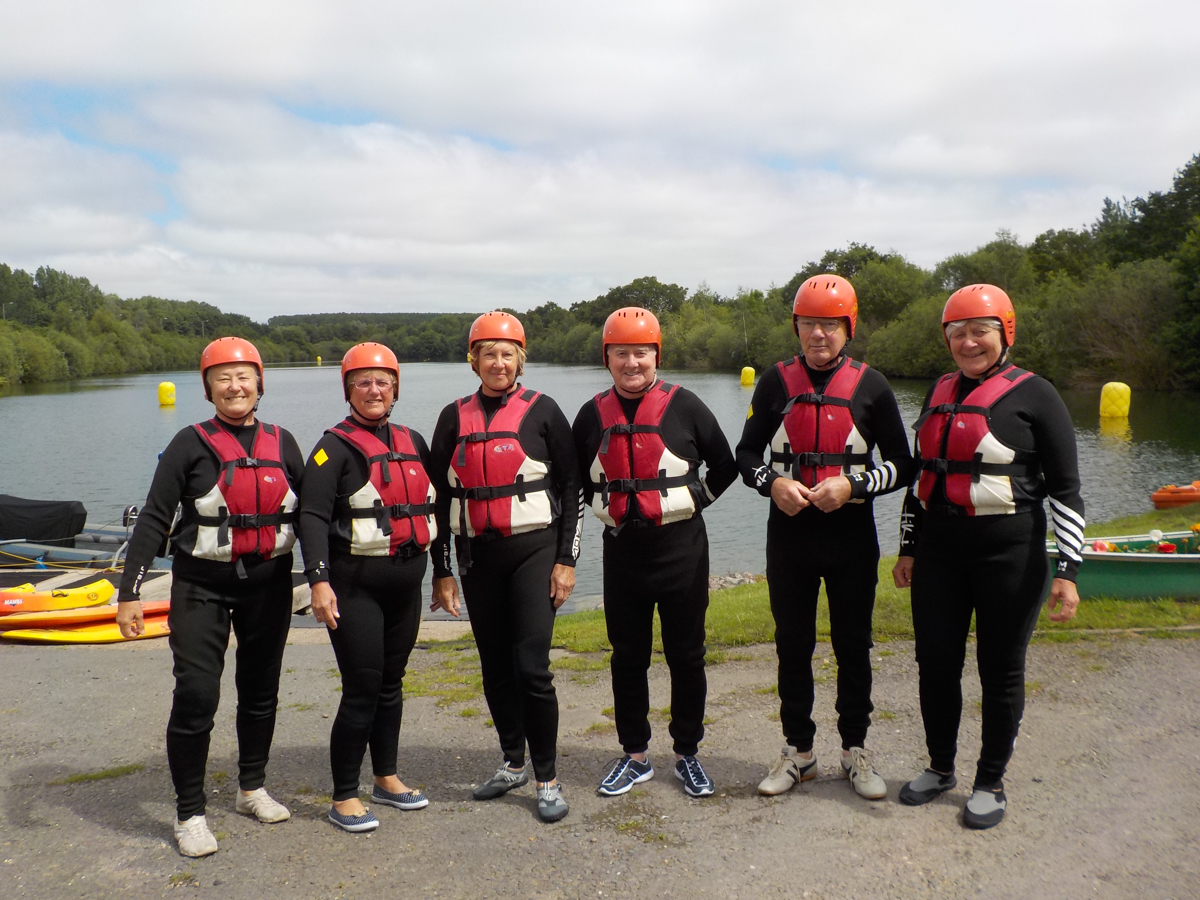 The Gainsborough U3A meets every second Thursday at 10.00am for a 10.30am start upstairs in the large meeting room of Gainsborough Methodist Church, North Street, Gainsborough DN21 2HP and new members are always welcome.

U3A KAYAKING EXPERIENCE
With varying degrees of trepidation, a small group of U3A members made their way to Activities Away in Lincoln, to try out kayaking. On arrival, the fun started as the visitors wriggled and twisted and pushed and pulled themselves into wet suits which, although not flattering, did pull everyone in everywhere — next were the helmets and safety jackets and then it was ready for off.

Getting into the kayaks was an interesting experience, with members saying that they were no longer as supple as in their younger days, yet a lot of help was given.

So, there they were, some with wet feet, hanging onto the paddles and realising that kayaks, unlike canoes have no back rest. The lesson started and then they were off. There were some problems: they all found the position uncomfortable, so they were told to bend their legs and lean forward. This did the trick for most people. However, one member had to be unzipped from her wet suit before she could get in that position. Another member found the position far too uncomfortable. He was taken off and the next time the others saw him, much to his amazement and theirs, he was kneeling on a paddleboard!

Due to the patient instructors everyone was soon able to paddle across the lake, play racing games and because they all became envious of Tony’s paddle-boarding skills, most people went on to be taught that as well.
Everyone said they had a great morning, which was ended with hot drinks and lovely cakes as well as deciding to bring grandchildren during the summer holidays.