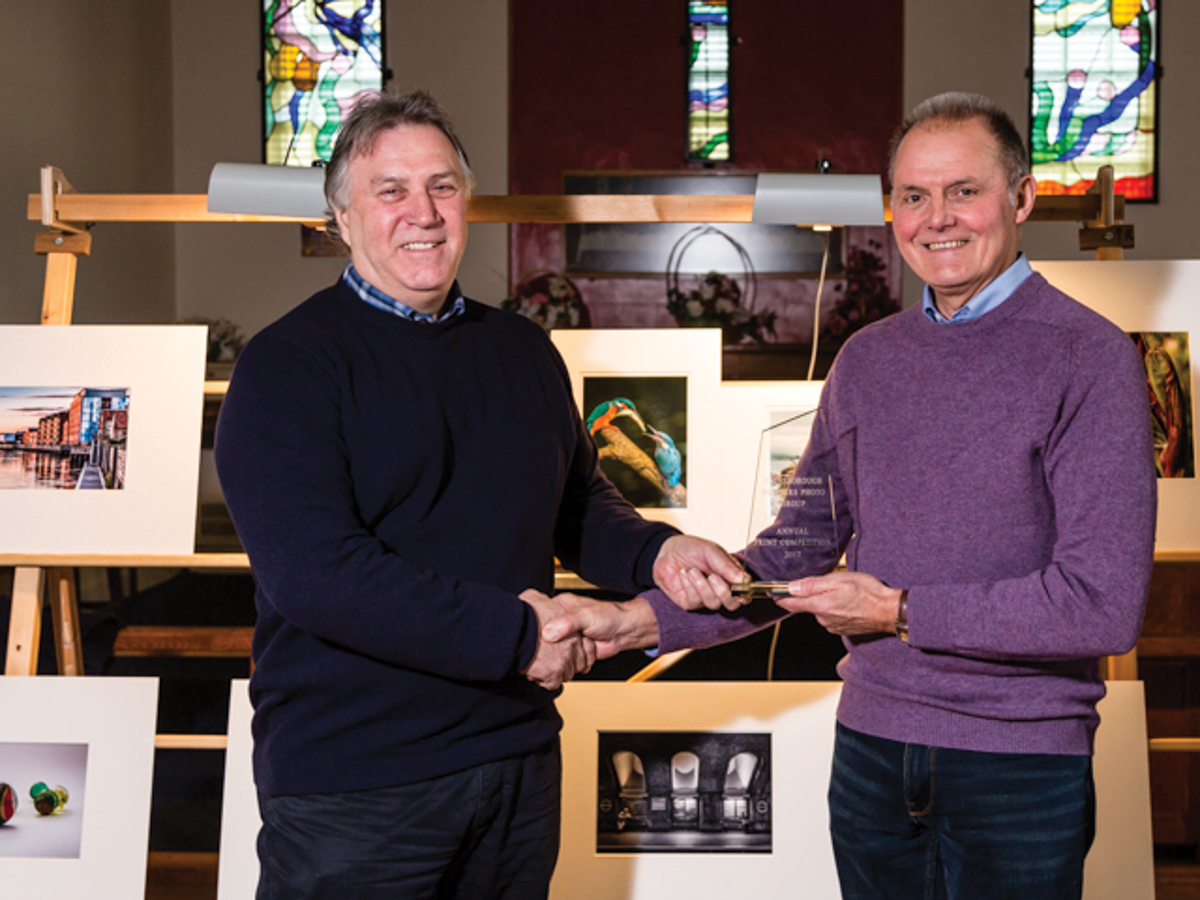 Friday 19th January was the date for Gainsborough Snappers’ Annual Trophy Competition. The event was judged by Mr John Whaler, a qualified circuit judge and still a darkroom worker as well as digital. There was a great entry and the afternoon was well attended.

John first went through the portfolios before judging and proceeded to give detailed and informative comments to every picture, entertaining the audience as he went. He finally whittled it down to a choice of four sets of prints for the usual first, second and third placings. After a lot of deliberation, where the audience could understand his predicament, he eventually made his decision.

Third place went to Pat Oaks, Pat has achieved third place four times previous and shows her consistent quality. Second place went to John Turner, who has previously won the event twice. And finally, the outright winner, first place, went to Des Lloyd. Des also a previous winner, who proved he can turn his hand to other genres of photography other than his superb natural history images that he works so hard at.

Just a quick mention of the fourth set of prints held back, they belonged to last year’s winner, Joyce Bell.
Des who is also a member of the Retford and District Photographic Society has also been successful in the NEMPF awards this year, gaining four acceptances out of the six photos he submitted, one of which received a commendation certificate which was awarded for his photo of a common white throat. This is a great achievement as many photographers never manage to have photos accepted by the selectors.

This is the second year Des has gained recognition in NEMPF after being awarded the selectors award in the wildlife section last year, for his photo of a barn owl coming in to land on a fence post, he has also given talks with his photos to a number of photographic clubs including Gainsborough Snappers photographic group, Scunthorpe Photographic Society and Thorne Camera Club well as the local Lincs Wildlife Trust group, his talk is based around his wildlife photography and in particular the wildlife of Lincolnshire.

Gainsborough Snappers photography group meet on Friday afternoons at St Georges Church, Heapham Road, Gainsborough from 1.30pm to 3.30pm. It is a small friendly club that caters for all levels of photographer, from novice to experienced.