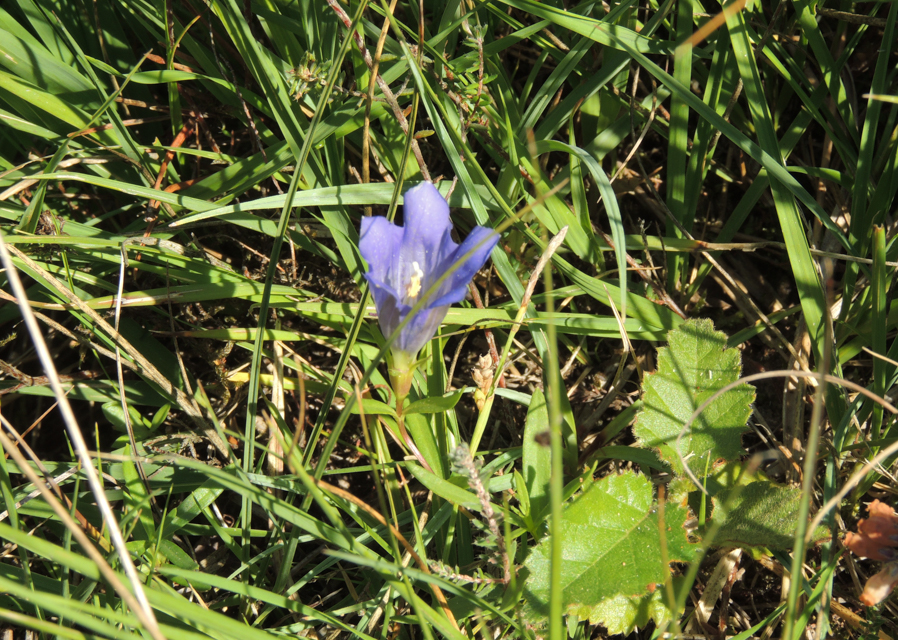 There is a change of venue for the indoor meetings of the Gainsborough Area Group of the Lincolnshire Wildlife Trust. Lectures start at 7.30pm and will take place at St Stephen’s Methodist Church, Gainsborough DN21 2DP. Parking is available in Roseway car park. The programme for the rest of the year is:

The group concentrated on the most western section of (not so) wet and dry heath. This is the first reserve to be purchased by the LWT and is an important last remaining fragment of the once extensive heathlands of Scotton Common. Matt explained the area is continuously evolving, so to retain the open heathland habitat, the encroaching birch and conifer saplings need controlling.

Matt showed three types of heather – Ling, Bell and Cross-leaved Heath – as well as Marsh Gentians, of which a small number were currently in flower despite the exceptionally hot and dry weather.

He pointed out Brasier’s Pond, which is normally one to two metres deep, was almost devoid of water. It is surrounded by a healthy swathe of bog myrtle.

Other plants found at the reserve during the year include Bog Asphodel, Round-leaved Sundew and Heath Spotted Orchid.
Birds present during the breeding season include Tree pipit, Woodlark and Nightjar. Adders and Common Lizards live here, and a wide range of butterflies and insects have been recorded. The reserve is dedicated to the memory Joe Duddington who was a well-known local expert on butterflies and moths. Sheep and cattle help with management at certain times of the year.
Matt runs a volunteer group every Monday at Messingham Sand Quarry Nature Reserve with occasional Mondays at Scotton Common. Anyone interested in becoming involved will be most welcome; contact Matt on 07717 660226 or nwlincs@lincstrust.co.uk.

For more information about the group please contact Dan Bardsley on 07720 569228.