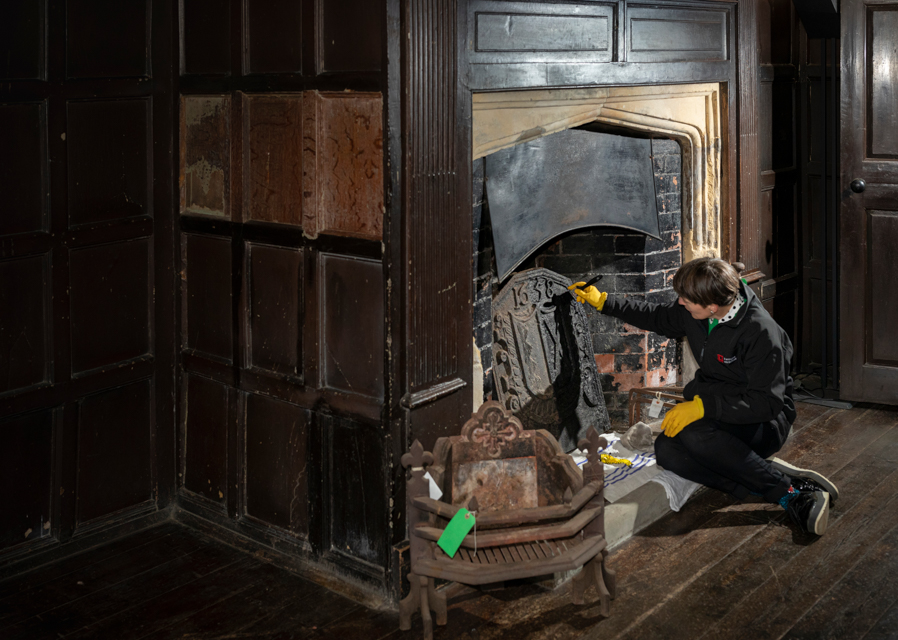 From Henry VIII to soup kitchen, to rhubarb and custard masonic temple

One of the largest and best-preserved Tudor manor houses in the country, Gainsborough Old Hall has returned to English Heritage and is now open to visitors under the direct care of the charity.
Since taking over operations from Lincolnshire County Council, English Heritage have carried out significant conservation and reinterpretation work, in order to preserve its fascinating story for generations to come.
Gainsborough Old Hall remains, to this day, the much-loved heart of Gainsborough. It has one of the most impressive medieval kitchens in England, a noble great hall with ornate wooden ceiling and an imposing lodgings tower. It has played host to some of history’s great names, from Henry VIII and Katherine Parr to John Wesley. Starting as a place of power and influence in the 15th century, when its wealthy owners, the Hickman family, moved out around 1730, it then passed through many diverse incarnations from an assembly room and masonic temple, through to a linen factory, pub and soup kitchen.
Kevin Booth, Senior Curator for the North at English Heritage, explains: “Gainsborough Old Hall is a gem of a building, but it’s so much more than that: it’s the memories and voices of the many unique people who’ve inhabited it over the last 500 years which make it so special. We’re delighted to bring the property back into our direct care and it has been an absolute privilege to be able to work through finding clues in the building and then connecting them to the people and their stories, bringing those voices to life for our visitors.”
Highlights of the renovation include:

To find out more, visit www.english-heritage.org.uk/visit/places/gainsborough-old-hall