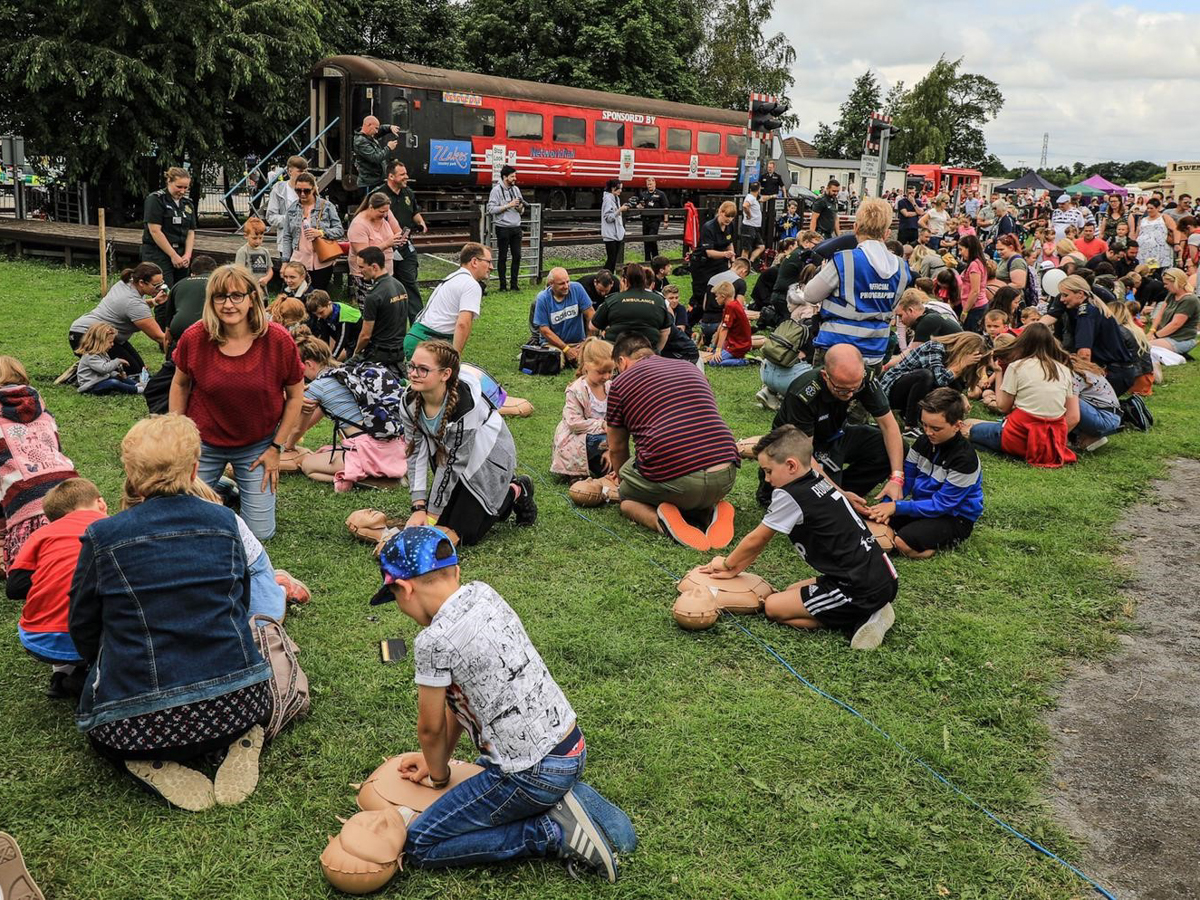 Crowds out for Rescue Day 2019

Thousands of people converged on 7 Lakes Country Park near Scunthorpe, to see 999 crews in action at the annual Rescue Day event. Teams from all the blue light services, plus highways, road recovery, rail and water rescue agencies worked together in a series of live demonstrations that saw visitors flock to watch them in action. At lunchtime the famous Red Devils Parachute Display team performed a breath-taking jump into clearwater lake in front of the gathered crowds, followed by a flotilla of rescue boats that collected them back to shore to meet members of the public.
After yet another successful event the organisers have already announced the date for Rescue Day 2020 to be Saturday 11th July.

The aim of the day is to raise awareness of the emergency services and charitable organisations and show the public what they do and how they work together. Families enjoyed the day with children and adults alike engaging with the many different exhibitors spreading messages about road, rail, water and fire safety. There were lots of activities to have a go at, including a mass CPR lesson which saw over 120 people simultaneously be taught how to perform chest compressions. On the lakeside a session on how to rescue someone from the water took place. Other attractions included a climbing wall, a confined space tunnel and an ordnance disposal team robot.

Specialist Newfoundland water rescue dogs, plus K9 fire investigation and Humberside Police Dogs all took part in various mock incidents showing how their skills can help the public. There were also visits from the popular Lincs and Notts Air Ambulance helicopter and The Children’s Air Ambulance made its first appearance this year at Rescue Day too.

Crowds gathered to watch teams attend a rail crash, a house explosion, an aircraft incident, a protester removed from the top of a train carriage, a heavy goods vehicle tanker rollover recovery and much more.

Photos and video clips from the day are available at www.rescueday999.com and you can follow Rescue Day on social media — Twitter: @Rescue_Day or www.facebook.com/rescudedayuk for more information.