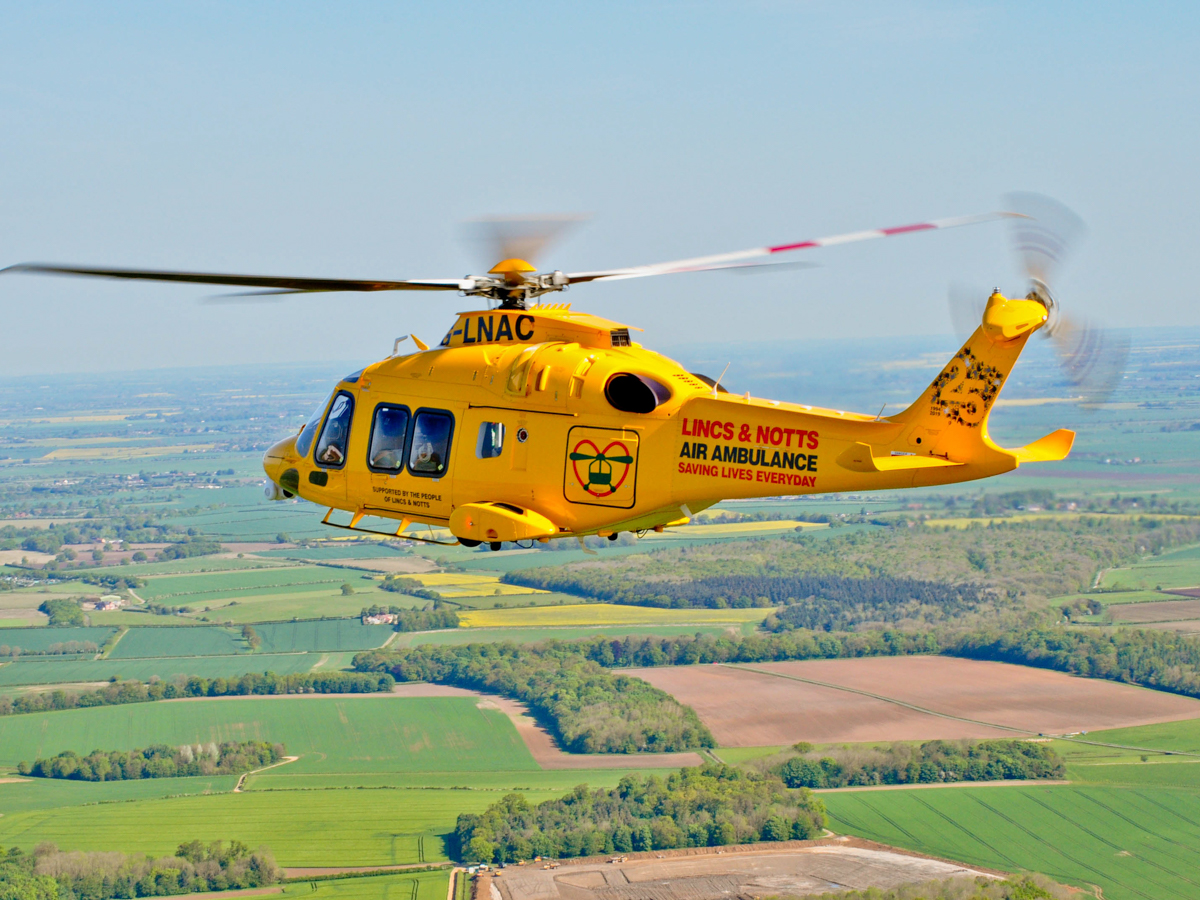 Dr Luke Banks and HEMS Paramedic Alex Walker have won the Special Incident of the Year Award at the prestigious Air Ambulances UK Awards of Excellence, held in December at a special virtual ceremony attended by air ambulance charity leaders and team members from across the UK.

The Awards, sponsored by BMW Group, celebrate the professionalism, excellence, and dedication of all those who work and volunteer within the air ambulance community to ensure that people with a life-threatening injury or illness rapidly receive advanced pre-hospital critical care to provide the best possible chance of survival.

They received the award for their actions when they were called to a stabbing with Lincs and Notts Air Ambulance (LNAA).
Dr Luke Banks and HEMS Paramedic Alex Walker arrived on the scene of a stabbing in remote Lincolnshire at night as first responders were assessing the victim who was unconscious. The patient had suffered a stab wound to the chest and the nearest specialist trauma centre was at least 80 minutes away.

Luke and Alex had to work with other responders and make time-critical, complex decisions. They knew that the patient needed to be in hospital, in the hands of specialist cardiac trauma surgeons. But they also knew that they may not have been able to get to hospital in time.

Luke and Alex briefed their newly formed on-scene team on the plan. They were to simultaneously deliver an emergency anaesthetic alongside performing open heart surgery, right there at the scene of the incident.

The police provided lighting and Luke opened up the patient’s chest at the roadside. All hands were on deck as Luke asked a first responder to put his hand inside the chest and manually clamp an artery to maintain blood flow to the heart and the brain. Luke stitched the heart and performed an internal heart massage, whilst Alex performed an emergency blood transfusion.

On the way to hospital, bleeding in the patient’s chest was steadily getting worse. Luke had managed to close the wounds with stitches and surgical staples but the patient needed a further blood transfusion. The team had exhausted their blood supply but another LNAA team were on duty nearby and were able to rendezvous enroute to hospital with more blood.

The patient was taken to Nottingham’s Queen’s Medical Centre and went straight into theatre. This patient, who suffered a stab wound that in a different situation would have been fatal, walked out of hospital following recovery.

Paramedic Alex Walker said: “It’s a massive honour to even be nominated and it’s testament to all the hard work from everyone at the charity.”

In addition, LNAA’s CEO, Karen Jobling has won a Business Leader Award (SME) in the Ex-Forces in Business Awards. Karen attended a glittering ceremony in London where she pipped nominees from organisations across the country to win the prestigious Award which recognised her contribution to the successes of LNAA.

Chairman of the charity’s Board of Trustees, Graham Secker said: “Even in the face of difficult business conditions and with several major change management projects underway, Karen has provided determined and enthusiastic leadership and fully deserves the recognition that this Award provides.”