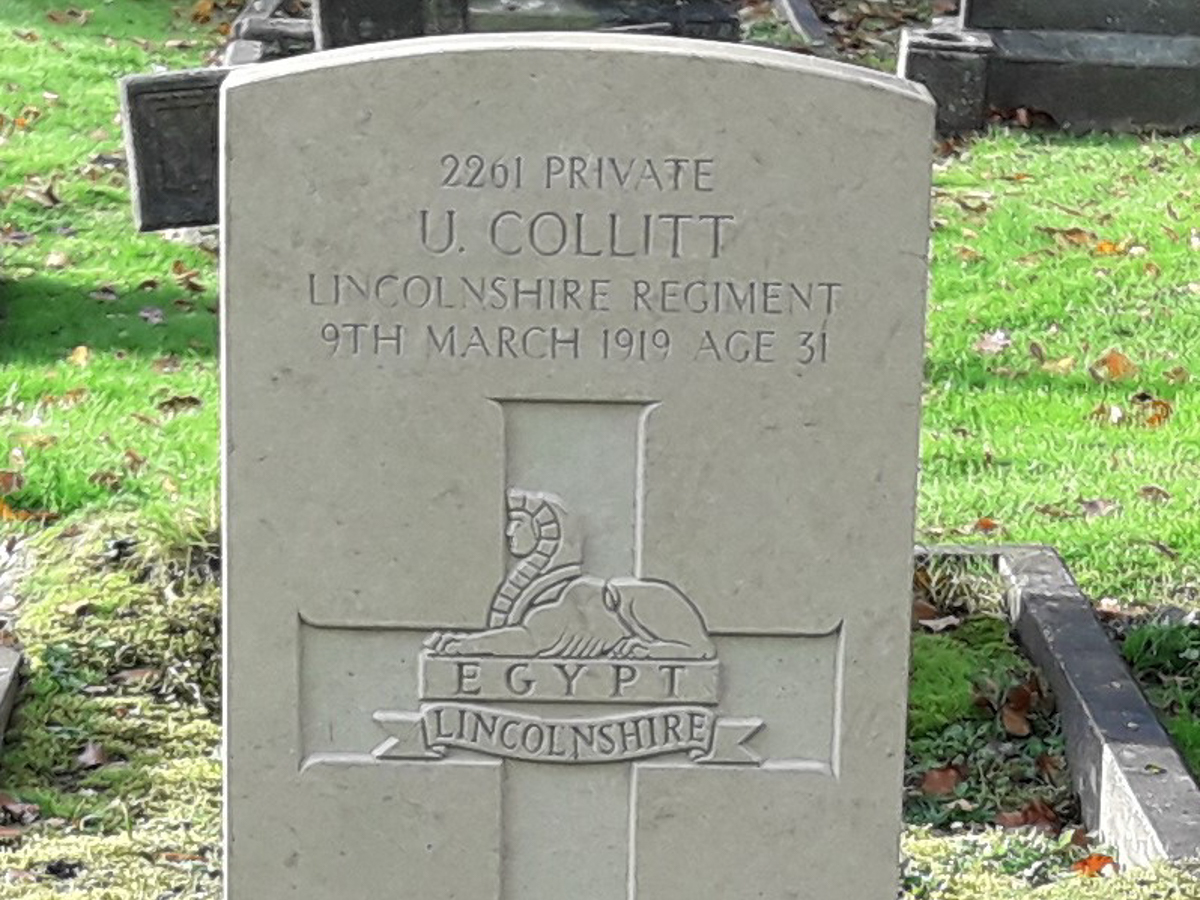 A headstone for Private Uriah Collitt

A headstone has just been erected in Gainsborough General Cemetery to mark the grave of Private Uriah Collitt, 5th Lincolns. He enlisted at the start of the war in September 1914. He was living at Exley’s Buildings and was 27 years old. He was a blacksmith’s striker. He served in France between 17th August and 20th September 1915. He was brought back to England and was treated at Edinburgh War Hospital from 21st September 1915 to 26th January 1916 for tuberculosis.

In May 1917 when he was in a convalescent house in Southport a medical report stated his condition had been “aggravated by service”. He was living in Disley, Cheshire, when he died on 9th March 1919 and was brought back to be buried in Gainsborough General Cemetery.

The Friends of Gainsborough Cemeteries and Chapel submitted his details to the Commonwealth War Graves Commission three years ago and after their usual checking procedures have included him on the National Debt of Honour Register. Unfortunately, the ‘Friends’, have been unable to trace any relatives or photographs of him.