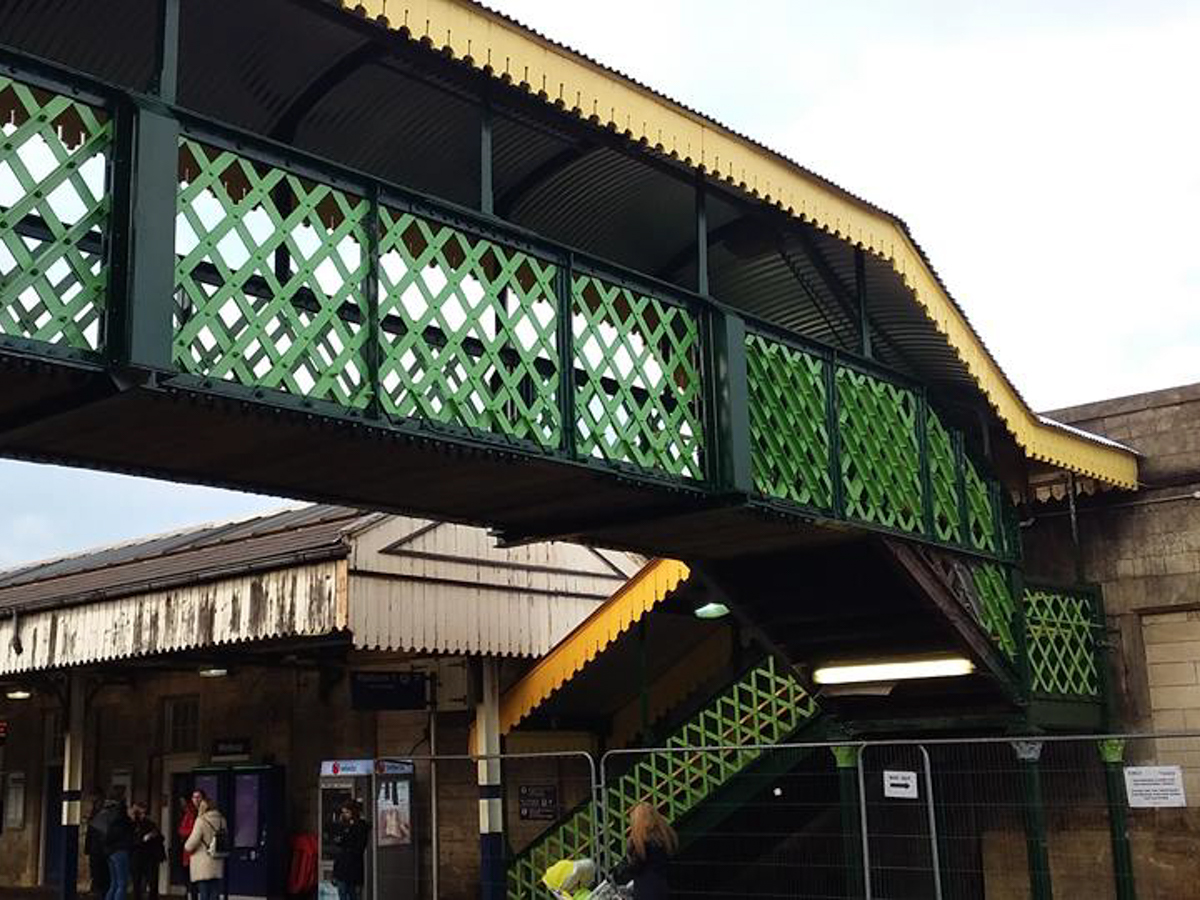 Network Rail are mid-way through an authentic restoration of historic, grade 2-listed, Worksop railway station. The station has an interesting history. Manchester, Sheffield and Lincolnshire Railway opened on 17th July 1849 providing a cross country link from west coast to east coast, as Manchester was already linked to Liverpool docks by both Ship Canal and railway.

Worksop station opened on the same day. The influence of the local land owners, in particular the Dukes of Newcastle and Portland, ensured that the station would be a building for the town to be proud of. Designed by Sheffield architects Weightman and Hadfield, who were responsible for Sheffield Victoria and several other larger stations en route and built by James Drabble of Carlton in Lindrick entirely of local stone, it was described as the most architecturally elegant station on the line.

The platforms were 252 feet long and the buildings, which were on the south side, were 101 feet long. An overall roof spanned the tracks.

As built, the station did not include refreshment facilities, but as excursion traffic built from Lancashire and Yorkshire to ‘Worksop for the Dukeries’ it soon became apparent that they were needed. These trains were met by local coach proprietors who were privileged to hold keys to the grounds of the stately homes. Fifty years passed before the railway, by now the Great Central Railway Company, drew up plans to enlarge the station in 1900 and a contract was let to JH Vickers of Nottingham to extend the buildings towards Carlton Road level crossing. First Class and Second Class waiting rooms were provided for Ladies and Gentlemen and also First Class and Second Class Dining Rooms. Separate booking offices were provided for the Great Central and Great Northern Railways but no separate facility was provided for the Midland Railway which arrived in the town in 1875.

It was a condition of the granting of the licence for the refreshment rooms that the ‘Three Horse Shoes PH’ on Gateford Road be closed. However the landlord of this establishment, it appears, was not happy with the proposals and held out against the Company, successfully delaying the opening of the new facility for some months.

As part of the upgrade, the slates in the overall roof were replaced by glass to give a brighter atmosphere and in the station yard an elegant cast iron and glass awning afforded protection for carriers’ vehicles. No further major alterations took place until after the First World War when, in 1920, the overall roof was replaced with new awnings which survive to the present day.

The London and North Eastern Railway became owners of the station in 1923 but no further changes were recorded during the next 25 years, when, following the Second World War, the railways in general had suffered years of neglect and were nationalised in 1948. British Railways raised the platforms, introduced electric lighting and removed the carriage awning in 1958 followed by a number of original chimneys in the 1970s. Fortunately, before any more destruction took place the station was listed Grade 2 and remains so today.

A major refurbishment in 1987 saw new sodium lighting, the renewal of the glass and slates in the roof canopies followed by a new booking office and waiting area. There was also an upgraded car park and repairs to the stonework in 1990.

The railway was privatised in the 1990s, with Network Rail being responsible for the station buildings and Northern Spirit (operator of passenger services) day to day running, heating and lighting.

In December 2017 the footbridge, dating from 1888, was fully refurbished and painted in the two-tone green and cream livery of the Great Central Railway. Two further ticket machines were added on platform 2 and a full Sunday service was introduced between Sheffield and Lincoln.

Plans for 2018, in order to upgrade the station to a Northern Connect station, include refurbishment of the roof canopies, new seating, planting boxes and hanging baskets, improvements to the waiting areas.

In 2018/9 a new service is to be introduced every hour between Lincoln and Leeds which will run non- stop between Worksop and Sheffield. Stopping services will also operate between Retford and Sheffield every hour. New or refurbished trains will work these services.