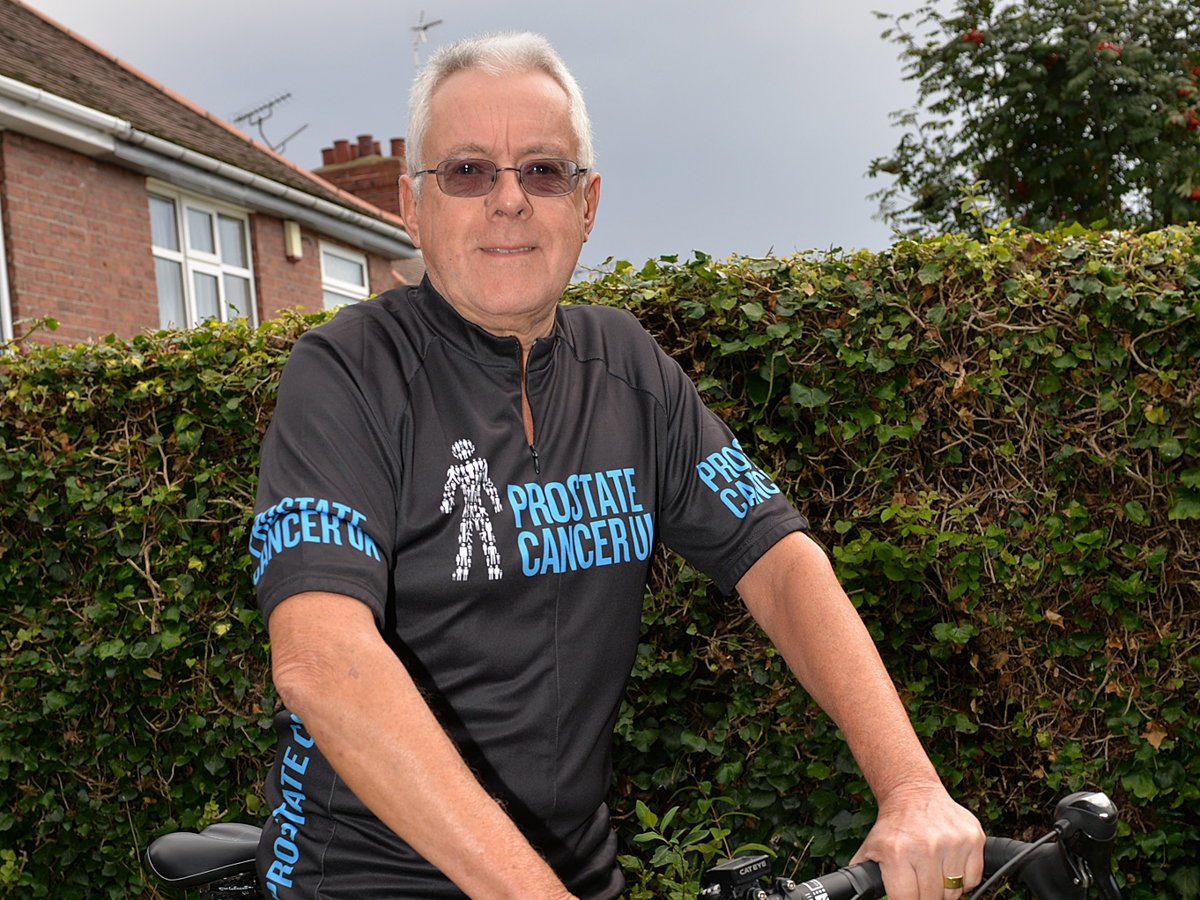 My name is Graham Bates and I am living with prostate cancer. I am a 70-year-old retired schoolteacher, been married for 47 years to my wife, Maureen and have two children in their thirties. My story starts in The Station Hotel, Worksop, where in 2009 I met an ex-colleague who had just been diagnosed with prostate cancer.

We had a chat about it and he asked if I had had a PSA test. He explained that it is a simple blood test which measures a chemical released by the prostate gland. In a normal prostate gland the amount of this chemical does not change from year to year. If it increases it may indicate that the prostate has developed a cancer. His PSA result was the same for four years but in the fifth year it increased and he was subsequently diagnosed with prostate cancer and successfully treated. On his recommendation, I went to the GP and had a PSA test. The result was three. The next year, 2011, it was five and the third test was eight. This upward trend led to me being referred to the Urology Department at Doncaster Royal Infirmary. At this stage I had no symptoms of prostate cancer at all, such as for example, getting up for a pee in the night.

A biopsy revealed that there were a few cancerous cells and the next stage was another biopsy which revealed considerably more cancer cells. A discussion with the consultant about the various treatment options led to a visit to St James’s Hospital in Leeds and I was treated by brachythereapy, where tiny radioactive seeds are placed inside the prostate and the low dose radiation kills the cancer cells from the inside. It is a one stop treatment with an overnight stay in hospital. My PSA immediately dropped to 1.5. My progress is monitored by six monthly PSA tests. My last one in January was 0.04. I now have no follow ups with the consultant and simply have regular PSA tests. This was a testing time and I have to thank my family and friends for their support throughout it all. I must also thank our superb NHS throughout my treatment. It was faultless.

My life is pretty much as it was before diagnosis and treatment and I have to thank my ex-colleague for his timely advice about having an annual PSA test.

When I was diagnosed I received a lot of help and advice from Prostate Cancer UK (PCUK) and resolved to spread the word about the need for early diagnosis and therefore successful treatment as I had and to raise money for the charity.
I started fundraising almost immediately and through a New Year’s party at The Station Hotel raised over £400.00 for the Urology Department at DRI. An 880-mile cycle ride two years ago raised over £1,200.00 This has continued culminating in a cycle ride from Worksop to Paris last summer with a couple of friends, Dave Battrum and our support driver John Simon. This venture raised over £2,700.00 for PCUK, Parkinson’s and the Children of Fiji charities.

I became a volunteer for PCUK and give presentations, help with stands at various events and lead football collections at local football league grounds. The main reason for this is to raise awareness of the need for early diagnosis and treatment. The outcome is very good if this happens. If the cancer is not caught early and is allowed to spread, then treatment is much more difficult and the outcome less certain.

If I had not had the chance meeting with an old friend I might not have had a diagnosis for a couple of years and, dramatically speaking, may not be writing this article today.