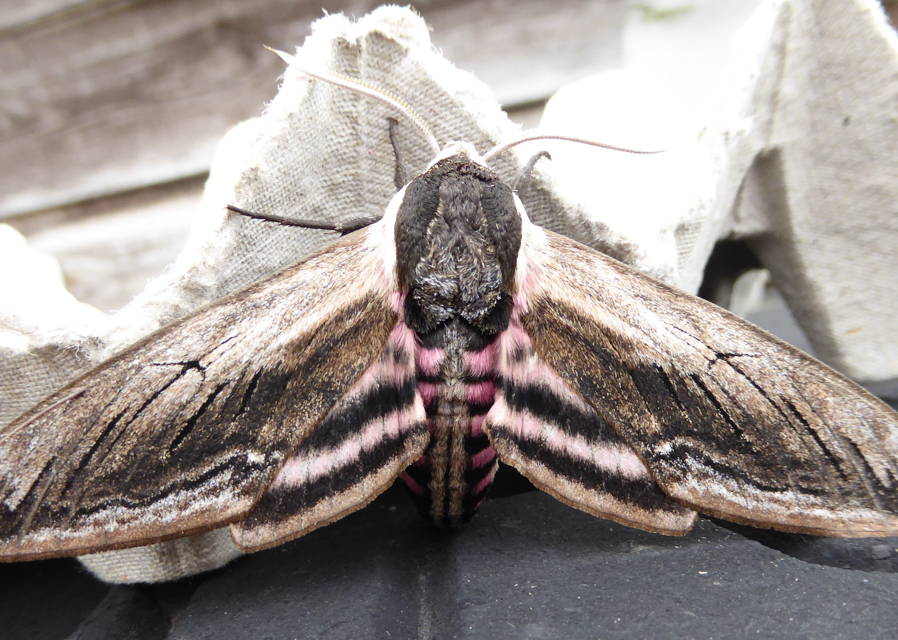 Butterflies of the night

In the latest instalment of our Wildlife Heroes articles, we meet Colin Watkin…

“Since I retired, I spend most of my time involved with wildlife and its conservation.
“I have always been interested in wildlife and as a child I enjoyed collecting caterpillars and rearing them to see what sort of creatures they turned into. About 30 years ago I was walking in a Lincolnshire woodland with some friends on a sunny day and was amazed by the number of different butterflies there. I wanted to know more about them so I joined the Lincolnshire branch of Butterfly Conservation. I spent several years with this group, going on field trips in the summer and doing conservation work in the winter.

“One day, in the same woodland that had sparked my initial interest, I saw a poster advertising a Moth Night. I’d never been to one before, but curiosity impelled me and I turned up at the appointed hour. Just as it was beginning to get dark, the organiser spread a large, white sheet on the ground, placed a box containing some egg trays in the middle of it and on top, put a big, bright lamp. When darkness fell, he switched on the lamp and the small crowd that had gathered waited patiently.

“It was not long before moths began to flutter towards the light. They would fly around, eventually settling on the egg cartons where they would remain, quite still. I was astonished by the number and variety of moths that came in through the night. I realised that there were many more moth species than butterfly and they were more varied.

“By midnight all the visitors had left for their beds, but not me. I couldn’t have torn myself away. I stayed with the moth man all night helping to identify and record the moths we saw. That was about 25 years ago and was the start of an enduring interest.

“I have my own set up now – moth traps and a generator to run 250-watt mercury vapour lamps. I’m busy moth trapping all year round but busier in the summer when there are more moths about. I do moth surveys for the Notts Wildlife Trust, in various woodlands and in friends’ gardens. Next year I have volunteered to do surveys at Doddington Hall for their exciting Wilder Doddington project.

“I give moth talks and displays to interested groups and find people are always surprised by the beauty and diversity of our native moths.

“I do a citizen science project too, the Garden Moth Scheme (GMS), whereby each week throughout the year I moth trap in my own garden and send the results to the GMS co-ordinator. There are about 350 members of the GMS and their work is vital to the monitoring of fluctuating trends in moth numbers.

“At the end of every year. I send all my moth records to the County Moth Recorder at Wollaton Hall. She checks them for accuracy, especially if there’s an unexpected sighting among them, and sends them on to the National Moth Recording Centre. Again, these results are important in monitoring the survival of our beautiful, moths.

“If you are interested in seeing moths, look out for moth nights at the Idle Valley or Daneshill nature reserves. They happen more often than you might think!”