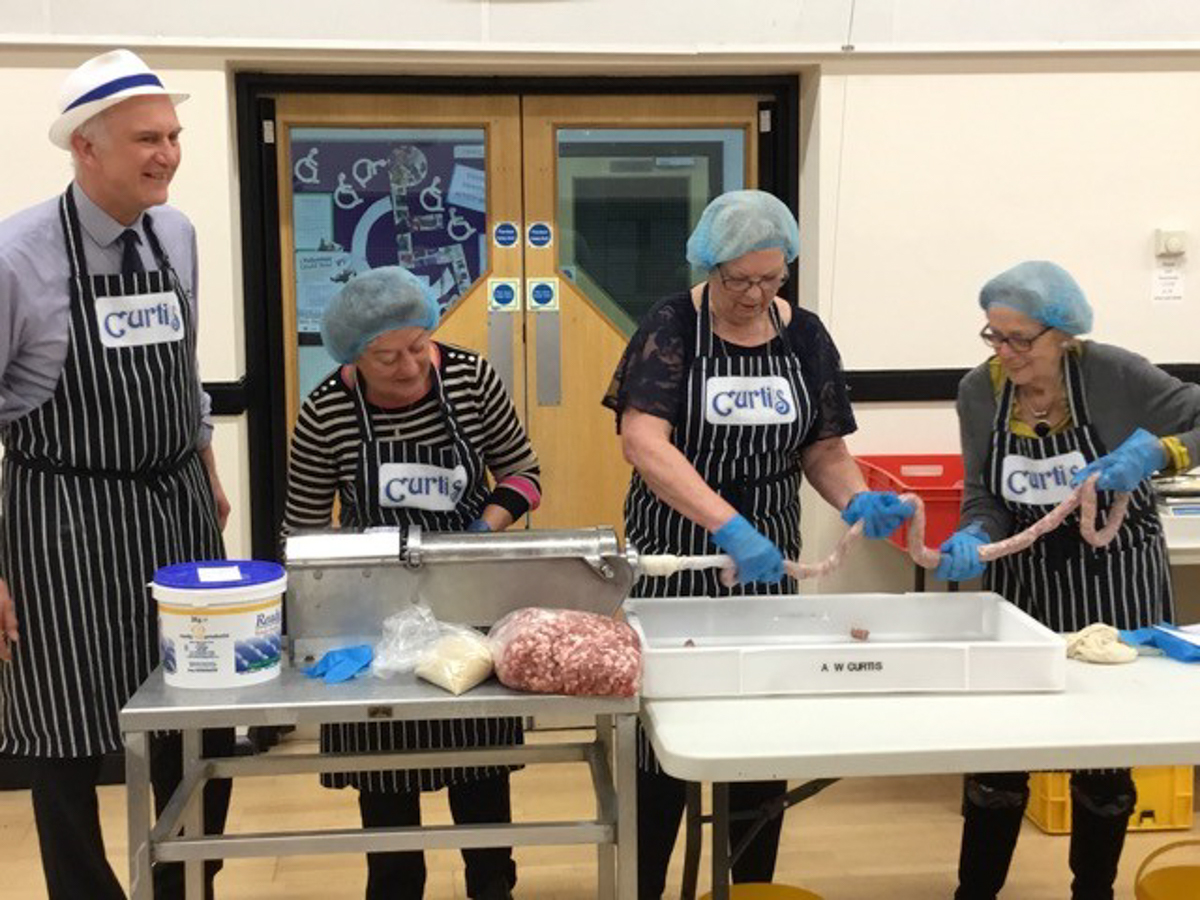 East Markham WI’s February meeting was an evening of information, fun and much laughter. After welcoming members and visitors and the usual business, the group welcomed Neil Curtis from Curtis of Lincoln, to tell them about sausage making. He told them that sausages in some form or other had been around since Roman times and that they became known as ‘Bangers’ during the war years because of the poor quality of ingredients and skins, making them burst with a bang when cooked.

Neil demonstrated making the Farmhouse version of the Lincolnshire Sausage and, having put the meat into the machine, and the casing on the nozzle, Neil produced a long length of sausage, which he then linked, he made it look so easy. The group were invited to have a go, Neil suggested a team of three, one to turn the machine handle, one to guide the casing and one to guide the sausage and link it. Then the fun started as three brave members were kitted out with aprons, hairnets and gloves. There was much laughter as they started to produce a long length of sausage and the third member tried to link it. After a successful effort the team changed places to have another go. What great sports they were! Thank you, ladies.

Meetings take place on the third Tuesday of the month at 7.15pm in the village hall. Future meetings are: