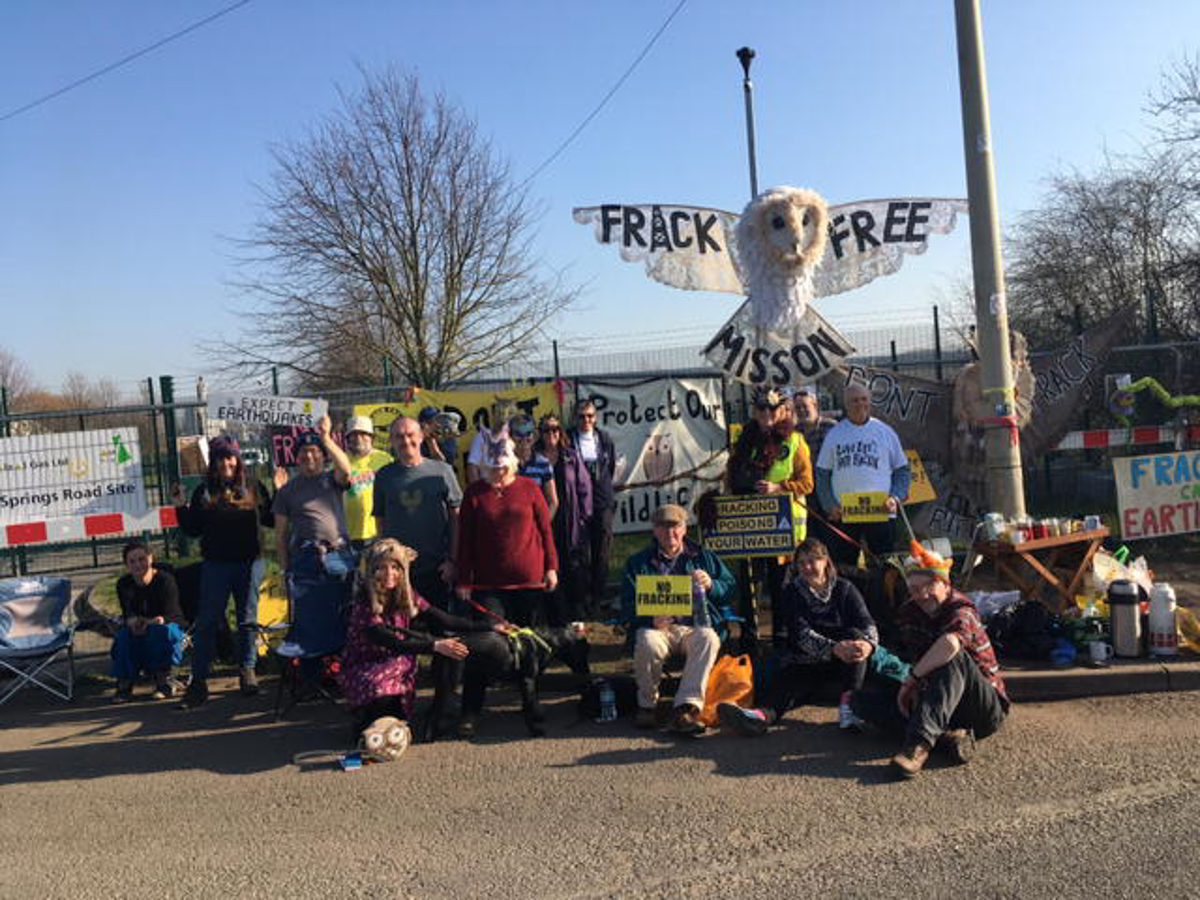 Why have the sites for fracking been chosen?

It is easy to see why Fracking companies chose the sites they did to start drilling. In the north, the Bowland basin is their best option for a high yield. Similarly in the south the Weald basin is attractive because of the Kimmeridge Clay, and Coralian formations.

What is difficult for us to understand is why any of the planning applications were approved.
The sites are all in peaceful countryside, often near SSSI and NNR designated areas, served by narrow rural lanes. At the production stage it will be necessary to drill thousands of wells to achieve the aspired targets of the gas companies. This will result in the industrialisation of the landscape with massive gas fields. Heavy traffic will cause damage to the roads, traffic issues and open up the dangers of transporting toxic waste through small villages.
The generic arguments against fracking are issues such as potential health risks, potential for land/water contamination, risk of drilling in a mining area1 and impact on climate change — surely these should be enough to make anyone question why these applications were approved.

However there have also been issues at specific sites, that should definitely have raised alarm bells. Take the example of Misson Carr, an SSSI owned by Notts Wildlife Trust. This unique site is the habitat of all five native owl species, tawny, barn, little, short eared and significantly the long eared owl. The latter is on the endangered list and is especially sensitive to noise and vibration for which drilling is notorious. These birds have been successfully nesting/breeding there for 10 years. Permission was granted for the well pad to be constructed 125m from their nesting place. Notts County Council placed a condition that work ceased for the breeding season during the construction phase. Since the drilling phase started that restriction no longer upheld.

Misson is also known for great crested newts, rare bats, moths, grasses, and orchids. It is one of the remaining two untouched fenland sites in Nottinghamshire. During WWII it was used as a practice bombing ground by RAF Finningley, and it was the launch pad for two cruise missiles. An MOD report states there is a presence of tens of thousands of unexploded munitions on the site yet this was deemed a suitable site for fracking.

At PNR Blackpool, fracking was ceased after 57 seismic events were recorded. Fracking is subject to the traffic light regulations and they had to stop several times. Cuadrilla stated that drilling is not viable with the 0.5 seismic restriction and has asked the government to relax the regulations. Seismic events of higher magnitude causing earth tremors have been recorded in Surrey at conventional drilling sites which are not governed by the traffic light system. An application has recently been approved to drill for Coal Bed Methane in Rufford/Ollerton. You have to ask, why was this application approved when Ollerton earned the title of ‘Seismic capital of the UK’ during the mining era?

Join us for more information at our meeting on the first Monday of the month at 7.30pm, in Suite 2 Old Station, High Street Edwinstowe NG21 9HS.
Pauline Meechan
Frack Free Sherwood Forest and Edwinstowe